“What is art?” is a question no one asks anymore. Art is whatever, and instead of definitions, people tend to discuss if the whatever gives them the feelings they associate with art. There is one exception, however—if the whatever-we-call-art is intentionally distorted, mutilated, modified or destroyed. Then, things change, because there is a law that protects artwork from such modifications, especially artwork that is of “recognized stature.”

The 1990 Visual Artists Rights Act, an amendment to the federal Copyright Law, was written to put the U.S. in compliance with the international law governing copyright protection, known as the Berne Convention, which identified and protected the rights of authors and other artists in the realm of copyright. Their artwork could not be messed with in some way without their permission, because distortions and destruction adversely affect their careers and reputations.

Unfortunately, this law narrowly defines the type of art that is protected as “works of visual art,” identifying these as paintings, sculptures, drawings, graphic and photographic prints (the sculptures and prints must be either single copies or in signed and numbered editions of under 200). In other words, traditional media.

But what if your medium is ceramics or graffiti or tattoos or a tapestry or wildflowers or something else that gives the feeling associated with works of art but doesn’t fit that legal definition? Would changes to, or destruction of, these type of art images go unprotected by the law?

A recent court decision in Nevada raises this question and, perhaps more fundamentally, the issue of whether or not VARA might need to be rewritten or updated to account for a broader definition of art. On June 8 of this year, a three-member Appeals Court panel affirmed a 2009 lower court ruling that called the demolition of a refashioned school bus—turned into a Spanish pirate ship on wheels and used for events as part of the annual Burning Man late-August to early-September festival in Black Rock Desert, Nevada between 2002 and 2005—not a violation of VARA, because the vehicle in its new form did not constitute fine art but “applied art.”

The 16’ x 60’ pirate ship, called La Contessa, was created by two artists, Simon Cheffins and Gregory Jones, who transformed an out-of-commission school bus into a replica 16th century Spanish galleon that included a hull, decking, masts, and a hand-crafted figurehead. La Contessa added to the sometime circus nature of Burning Man, used for rides, marching band performances, children’s treasure hunts and even two weddings. After the conclusion of the festival, the vehicle was put into storage on nearby land controlled by a woman, Joan Grant, with a lifetime tenancy of the property. However, in 2005, Grant’s home burned down and she abandoned her tenancy, which was then taken over by a limited liability company controlled by a Michael Stewart. “La Contessa” remained on the property and was not reclaimed by Cheffins and Jones the following year, and in late 2006 Stewart dismantled and then burned the wooden structure so that a scrap metal dealer could remove the underlying school bus. In 2009, the artists brought a VARA lawsuit against Stewart, losing in district court and more recently on appeal. “The focus of our inquiry should be on whether the object in question originally was—and continues to be—utilitarian in nature,” the Appeals Court ruled, although noting that the ship has “some artistic or aesthetic merit.”

In a concurring opinion, one of the three judges, Margaret McKeown, expressed concern that the ruling being issued was not workable and required “a more nuanced definition of ‘applied art’ that balances between the risk of unduly restricting VARA’s reach and the risks of turning judges into art critics.”

The questions of what is “applied” and “fine” art, and who decides which is which, become more troublesome once one surveys what artists actually do. Marcel Duchamp took possession of a urinal and proclaimed that a work of art in an exhibition. Jeff Koons put a basketball and vacuum cleaners in display cases, while Tracey Emin put her actual bed on display; Pablo Picasso made decorative ceramic plates, tea pots and mugs, while the images of both Chuck Close and Kiki Smith can be found on tapestries. Robert Darwell, an entertainment lawyer and partner in the firm Sheppard Mullin, stated that this ruling highlights that “there are currently many types of artwork that are excluded from protection” under VARA, noting that Duchamp’s 1917 urinal, which the artist titled Fountain and signed “R. Mutt,” would be “protected by copyright if reproduced elsewhere, but not the urinal itself.”

Chicago art lawyer Scott Hodes concurred, noting that “what is considered art today is far more expansive than in 1990.” And not just the most contemporary art. He added that “Picasso’s ceramics are considered works of art. But plates and saucers he designed are used at the dining room table, thereby being transformed into utilitarian objects. If Picasso had lived today would these plates and saucers be VARA protected?”

One of Hodes’ clients, environmental artist Chapman Kelley, lost a VARA lawsuit he filed against the Chicago Park District for removing half of his one-and-a-half acre elliptical wildflower plantings in Grant Park. The city sought to reconfigure that section of the park, putting in a walkway and erecting a Children’s Museum. Kelley had plated his wildflowers in 1984, titling it Wildflower Works. However, in 2004, the city announced new priorities, at which point the artist claimed destruction of a work of art. Kelley lost in district court, which ruled that a garden isn’t a protectable work of art. Nature is the author, not the artist, the court ruled.

Brooke Oliver, a San Francisco lawyer who has represented artists in successful VARA lawsuits, was troubled by the wildflowers ruling, as “it seems to have been decided based on the medium of expression, plants not paint, rather than on stronger grounds.” Still, she did not disagree with the decision on La Contessa, since the artwork “continued to be used as a vehicle after its transformation. It was more like fine crafts, a model ship that moved, so indeed more utilitarian.” She added that there “are other ‘art cars’ at Burning Man that are truly interactive mobile sculptures, unidentifiable as traditional bus or ship type vehicles, that I believe would rest squarely under VARA’s protection.”

There are many artists and art lawyers who find fault with VARA, often focusing on what the law doesn’t do—it doesn’t give muralists enough time to rescue their work if a building owner wants to demolish a wall, doesn’t disallow artists from waiving their VARA rights, doesn’t clarify what constitutes “recognized stature” (which has hindered graffiti artists seeking to pursue their rights), doesn’t extend beyond the life of the artist, doesn’t recognize the concept of “site-specific” (which artists and others in the art world consider integral to a work of art) and doesn’t protect enough categories of art. Boston lawyer Nicholas O’Donnell noted that “VARA runs counter to traditional American concepts of property: ‘What’s mine is mine, and I can do with it whatever I want.’ Judges have a difficult time with this and go out of their way to constrain artists’ claims of rights.”

Still, there is no unanimity of opinion on how or whether to amend the statute. The law was a compromise to begin with, and rewriting it could end up making it weaker in regard to protecting artists’ rights. On the other hand, “broadening the definition of protectable art might just confuse things, making the law itself unworkable,” he said. Judd Grossman, a New York art lawyer, stated that “the broader the class of works that are covered by VARA, the more an owner of an object might find that he cannot dispose of his own property as he sees fit without running afoul of VARA,” offering as examples altering a couture garment or dismantling a custom lighting fixture.

Context is what matters. No one would think to relieve himself with Duchamp’s Fountain, because the sculpture is in a museum gallery and not a men’s room. Similarly, Tracey Emin’s bd and a Jeff Koons vacuum cleaner are considered to have become works of art through that art world miracle: “decontextualization.”

Most case law involving copyright protection for authors and artists have focused on the existence of some minimal degree of creativity that can be protected and not on whether something is art. Still, the law moves slowly in this area. The nation’s first copyright law was enacted in 1790, and it took 109 years before that statute was rewritten in 1909 and another 67 years for its next iteration in 1976. The Visual Artists Rights Act has been experiencing its own growing pains, but New York attorney Donn Zaretzky does not “think the law needs to be overhauled. I think everything we need is there. We just need judges to apply some common sense and not get hung up on formalistic questions.” 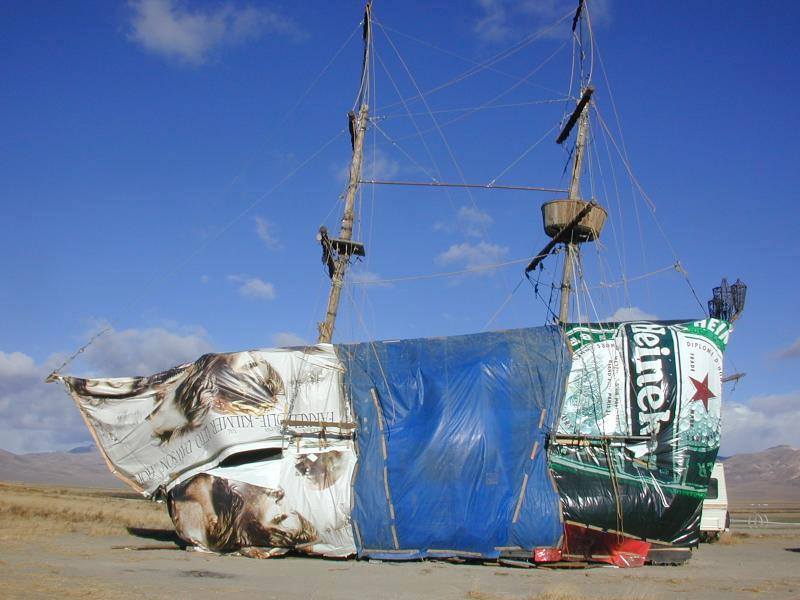