Two Sundays ago, there was chaos at John F. Kennedy International Airport. There were stampedes of people in two separate terminals, in the Customs/Immigration arrival area and spilling out onto the tarmac. Rumors of active shooters and bombs terrified thousands of passengers and airport workers. Happily, there was no terrorist activity and only a few minor injuries—it was reported that four people were treated at Jamaica Hospital and released. The source of the originating incident may be connected to crowd enthusiasm for Usain Bolt winning his gold medal and metal stanchions being tipped over and striking the terrazzo floor, creating sounds similar to gunshots.

There was, however, mass confusion, fear and disruption to travel plans. Some 25,000 people were affected, and the airport experienced a ground stop from 10 p.m. until 12:30 a.m.

In that good-and-bad news scenario, we hope there were lessons learned and corrections already implemented. We also hope the incident provides the impetus to overcome bureaucratic inertia and political wrangling, changes that are long overdue.

The panic began about 9:30 p.m. on Sunday, August 14, with a 911 call from a woman saying shots had been fired inside of Terminal 8—the American Airlines hub. Within three minutes, Port Authority police officers were on the scene, followed quickly by NYPD teams. Principal authority for airport security rests with the PAPD, but contingency plans and systems are designed to supplement and coordinate efforts by multiple law enforcement agencies. Importantly, every Port Authority police officer is “active shooter trained” and “incident command trained.” This means they do not delay in engaging the threat.

That is the good news.

People were legitimately terrified by a confusing, potentially dangerous scene, and it was made worse by inadequate communication.

The bad news is that there was unnecessary risk to these first-responders and to the passengers who were reacting to the ensuing chaos. It was significant—and again unnecessary—that the first-responders were going in blind. They didn’t know if there were active shooters, where they were, how they were armed or how many they were. Although Terminal 8 had some 350 CCTV cameras, those live feeds were not available to the responding officers. (There were two stationary camera feeds available to the officers.) The cameras and feeds were under the control of the airline, the TSA, airport management and assorted vendors—but not to the police officers whose lives were at risk and whose job was to ensure the safety of the thousands of passengers and workers.

The TSA administrator was informed of this inadequacy some four years ago, as was Port Authority Executive Director Patrick Foye. But it hasn’t been fixed, and that is unacceptable. First-responders need all of the relevant intel possible to eliminate active threats and to minimize the risk of accidents when there aren’t.

Unfortunately, there was a second systemic failure that night that was equally dangerous and contributed to the ensuing panic. Once the police had determined that there was no active shooter or bomb in Terminal 8, there was no way to inform the terrified passengers or ground personnel. The PAPD and NYPD could not access the terminal’s public address system or the digital display units. They couldn’t tell people the situation was safe and the area secure. Moreover, for some reason, police did not even have access to social media, such as Twitter.

Unfortunately, scared and confused passengers in another JFK terminal did have access to social media, and they were hearing reports of terror in Terminal 8. Approximately 20 minutes after the initial 911 call, someone in Terminal 1—across the airport and separated by the Van Wyck Expressway—also called 911 and reported a second active shooter. Whether these were innocent but unfortunate coincidences fueled by social media frenzy—or bad guys testing airport response—we don’t know.

What we do know is that the one-two punch of no access to CCTV feeds and no ability to use the public address and display systems must be corrected immediately.

Some 80 PAPD officers and 170 NYPD officers converged on the scene and coordinated their efforts. What was missing—in addition to the CCTV and communications access—was training, command and control of other airport personnel. Many of these folks had access to restricted tarmac areas and were unsure how to respond to the ensuing chaos.

People were legitimately terrified by a confusing, potentially dangerous scene, and it was made worse by inadequate communication. The threat of terrorist attacks at airports—like those at Brussels and Turkey recently and LAX just a few years ago—is real. The PAPD and NYPD need to continue to train, coordinate and have the resources necessary to do this difficult and essential job. 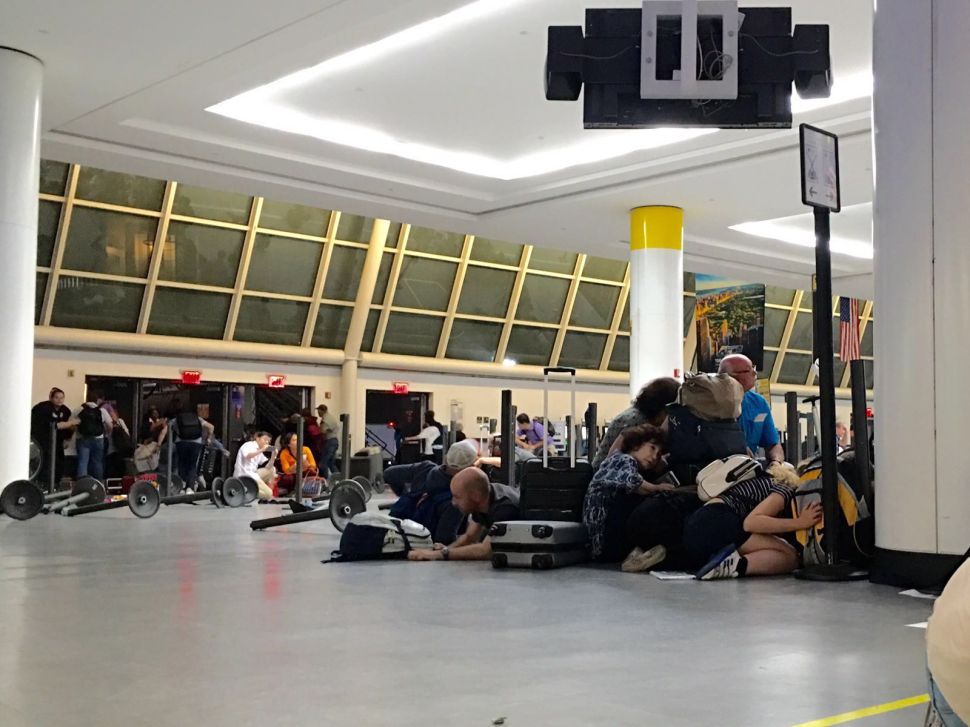