First things first: If you haven’t seen Don’t Think Twice, the newest film from writer-director Mike Birbiglia, you should go do that now. No, really. It’s okay, this article will still be here when you come back.

Once you’re done texting all of your former friends and lovers telling them that even though things may not have worked out, you still appreciate and value them, you may realize something strange about the movie: it’s rated R.

Well of course it is, you’re probably thinking. It looks like it’s rated R. It’s an indie comedy starring comedians. It just… seems like the type of movie that should be rated R.

They say, “fuck,” exactly once, which is permitted in a PG-13 rating. There’s no nudity. None of the sex is visible, and it’s all between consenting adults. Unlike Suicide Squad, the women aren’t sexualized cartoons of daddy issues and bouncing asses above booty shorts. The women in Don’t Think Twice are well-rounded complex individuals with artistic goals and personal challenges completely divorced from whether or not men find them attractive.

And so, I’m left with one conclusion: The MPAA gave Don’t Think Twice an R rating because they don’t want children under the age of 17 to learn the bittersweet truth of pursuing a career in comedy.

High school kids are simply too young to know that sometimes success comes at a cost. Let them play zip-zap-zop to their hearts content, confident that they will be cast on Saturday Night Live as soon as they turn 22. Success will never be painful or fleeting or elusive. Capitalism and art will be forever in harmony.

So continue to dream, children! Force your friends to attend your insufferable improv class performances! Write just terrible, terrible pilots, and submit headlines to The Onion with the confidence of someone who has never faced rejection. If you were the star of your high school play, you will be a star in every field you pursue, and you’ll be able to bring all of your friends with you!

Soon you will learn, but for now, rest your over-confident head atop your pillow. The MPAA has protected you once again. 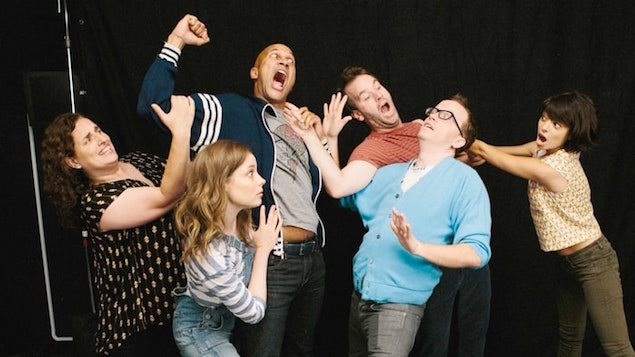