Moles—that is, long-term penetration agents—are every intelligence service’s worst nightmare. Though rarer in reality than in spy movies and novels, moles exist and can do enormous damage to a country’s secrets and espionage capabilities. They’re what keep counterintelligence experts awake at night.

The recent appearance on the Internet of top secret hacking tools from the National Security Agency has shined yet another unwanted spotlight on that hard-luck agency, which has been reeling for three years from Edward Snowden’s defection to Moscow after stealing more than a million classified documents from NSA. As I explained, this latest debacle was not a “hack”—rather, it’s a clear sign that the agency has a mole.

Of course, I’ve been saying that for years. It’s not exactly a secret that NSA has one or more Russian moles in its ranks—not counting Snowden. Now the mainstream media has taken notice and we have the “another Snowden” meme upon us.

James Bamford, who’s written a lot about NSA over the decades, has taken up this meme. It should be noted that Bamford is less than a reliable journalist who’s known to embellish sources when not outright fabricating them. That said, there’s no doubt that NSA has a penetration problem.

This shouldn’t be shocking news since the agency has suffered from moles since its birth in 1952. While many intelligence services have tried to steal secrets from NSA, only the Russians have been able to do so consistently. Kremlin penetration of NSA has been a constant. A brief historical sketch outlines the problem.

NSA was in fact founded in part due to a Russian mole. That was William Weisband, a long-term Soviet agent who penetrated the Army’s code-breaking service during World War II. At the beginning of the Cold War, Weisband did enormous damage, betraying top secret joint U.S.-British signals intelligence programs against the Soviet Union. He was arrested in 1950 and did a brief jail stint, but was never prosecuted for espionage. Setting a pattern, the newly born NSA covered up the embarrassing Weisband case, the details of which weren’t released to the public for half a century.

The record of our Intelligence Community, indeed our whole government, in counterintelligence is nothing less than dismal.

A decade later, two NSA mathematicians, William Martin and Bernon Mitchell, defected to the Soviet Union. They had coordinated their defection in advance with the KGB, and their appearance in Moscow for a press conference, where they spilled code-breaking secrets, was a black eye for the agency. In 1963, Jack Dunlap, an Army sergeant assigned to NSA, committed suicide when his spying for the Soviets was uncovered. The full extent of Dunlap’s betrayal remained mysterious, but the fact that Dunlap served as the NSA director’s driver led to uncomfortable questions.

The 1960s witnessed one Soviet mole after another inside the agency. From 1965 to 1967, Robert Lipka, a young Army soldier assigned to NSA, sold any secrets he could get his hands on to the KGB. Despite his low rank, Lipka had access to a wide array of highly classified information. His motive was purely pecuniary, and he was arrested after the Cold War, when KGB sources revealed Lipka’s betrayal.

There was another, more important mole inside NSA at the same time, but he was never officially identified. KGB sources pointed to a second Soviet penetration of agency headquarters that lasted for more than a decade, providing Moscow with reams of classified information, but that traitor’s identity remained murky. Agency leadership never showed much interest in finding that mole—or any.

They could not ignore the case of John Walker when it went public in 1985. A Navy warrant officer with debts and a drinking problem, Walker appeared at the Soviet embassy in Washington in 1967 and offered to sell code secrets to the KGB.

For the next 18 years, Walker passed the Soviets key materials for the Navy’s encrypted communications devices. Had the Cold War gone hot, the Soviets would have had an enormous advantage over the U.S. Navy. Thankfully that didn’t happen, but Walker’s betrayal did lead to the North Korean seizure of the USS Pueblo, an NSA spy ship, in 1968. That vessel was hijacked by Pyongyang to secure its top secret code machines for Moscow. One sailor died in the seizure and the Pueblo’s crew was kept prisoner North Korea for a year.

The last major Soviet penetration of NSA during the Cold War was Ron Pelton, a former agency analyst who started selling secrets to the KGB in 1980. Pelton betrayed highly sensitive signals intelligence programs to Moscow and was convicted of espionage in 1986 after Vitaly Yurchenko, a KGB officer who temporarily defected to the United States, tipped off the FBI about an NSA source selling secrets to the Kremlin.

Viewing NSA as the head of the Western intelligence alliance, the core of which are the Anglosphere “Five Eyes” countries (America, Britain, Canada, Australia, and New Zealand), and which dates to Allied victory in World War II, there was no point during the Cold War where the Five Eyes system wasn’t penetrated somewhere by Soviet intelligence.

We therefore shouldn’t expect that anything’s changed, given NSA’s long history of paying insufficient attention to counterintelligence. In addition, we have specific information about a Russian mole—or moles—lurking inside the agency today.

In 2010, in an operation they termed Ghost Stories, the FBI arrested ten agents of the Russian Foreign Intelligence Service, the SVR, who were operating in the United States. The Russians, many of whom were masquerading as third-country nationals, were what the SVR calls Illegals—that is, long-term penetration agents possessing no official ties to Moscow. This roll-up was a major counterintelligence success for Washington, yet it was treated in a semi-comical fashion by the media, which fixated on Anna Chapman, the fetching red-headed Illegal who liked to pose for the cameras.

In truth, Operation Ghost Stories produced important leads pointing to more SVR operatives in the United States, as yet uncaught. In particular, that Russian spy network opened up a trail to one or more moles lurking inside NSA. That was six years ago and there’s been no word of any Russian moles being arrested.

There are other indications of Russian penetration of NSA that had nothing to do with Snowden. An espionage case that got too little attention was that of Jeffrey Delisle, a Canadian navy junior officer who was arrested in 2012 for passing secrets to Moscow. He admitted his guilt, specifically that for almost five years beginning in 2007, he regularly sold secrets to GRU, that is Russian military intelligence. Upset over his wife’s infidelity and short of cash, the sad-sack Delisle, who was assigned to a Canadian intelligence center in Halifax, simply downloaded secrets on a thumb-drive, which he passed to GRU every month or so.

Most of what Delisle gave Moscow wasn’t Canadian information but belonged to Five Eyes, much of which came from NSA. Yet the most interesting part of the Delisle case is what GRU did not want from him. As one intelligence scholar noted:

Incredibly, GRU was uninterested in some of the best stuff Delisle could have provided, particularly in the technical and scientific fields, including information on how Canada and its allies protect coded communications. This puzzled Delisle, as well it might.

It would be difficult to overstate Moscow’s interest in how the Five Eyes countries encrypt their sensitive government communications. During the Cold War, the KGB referred to NSA as Target OMEGA, and for the Kremlin there was no higher-priority espionage target on earth. That’s because by penetrating NSA you get access not just to that agency’s signals intelligence, the richest espionage source on earth, you can also crack into the top secret communications of the United States and its closest allies.

If GRU wasn’t interested in that when Delisle offered it to them, the only explanation is that Moscow already had that very sensitive information. Which means Russia can listen in on anything it wants. The mole who gave this up could not have been Snowden. Between 2007 and 2012, when Delisle was spying for GRU in Canada, Snowden was working for CIA as an IT contractor, and then for NSA in Japan and Hawaii in a similar role. In that capacity, he did not have the access he needed to betray what the Kremlin already knew about Five Eyes code-making.

Besides, Snowden was never the “spy” he portrayed himself to be. An IT sysadmin with limited understanding of the signals intelligence information he stole and leaked, Snowden acted as cover for Moscow’s real star. A patsy, he was never the actual Russian mole inside NSA. That person or persons is still out there, presumably still functioning as Moscow’s penetration agent inside America’s most secret spy agency.

In fairness to NSA, the record of our Intelligence Community, indeed our whole government, in counterintelligence is nothing less than dismal. And it’s gotten markedly worse during Barack Obama’s two terms in the White House, with their unprecedented losses of America’s secrets to spies, traitors, and hackers. However, given the importance of NSA to our collective security—it’s the backbone of counterterrorism operations across the Western world, our vital shield against jihadism—it’s important that the agency at last starts getting serious about security. Catching some Russian moles would be a solid beginning. 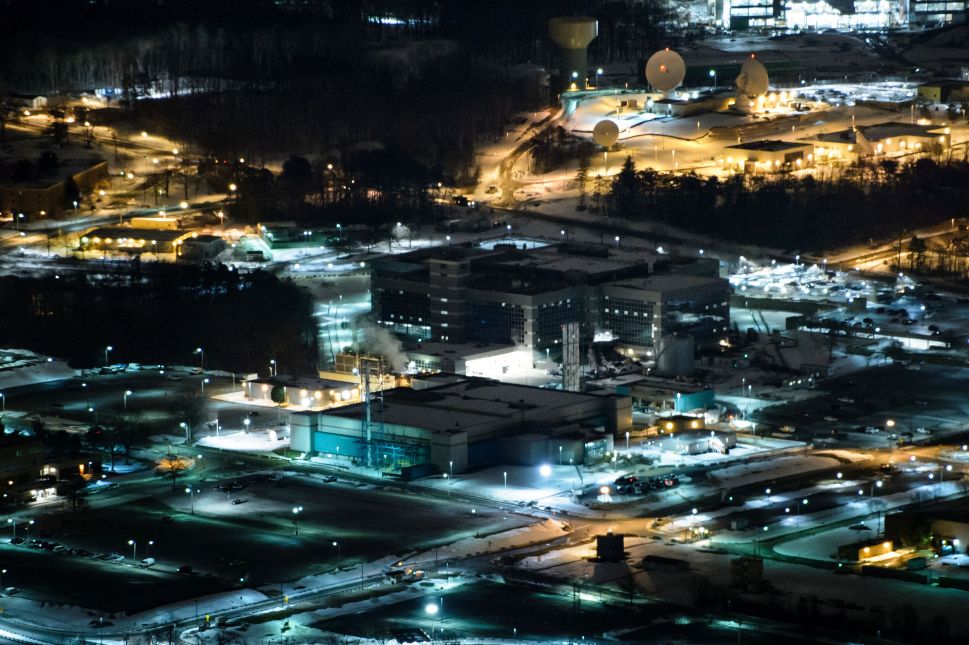