A little while ago, I was at a chapel service at my old elementary school. I was there for a speech my nephew was making.

As I watched them proceeding in, what struck me was how industrial it felt—not unlike a prison. If you swapped the tucked-in collared shirts for orange uniforms and the kindly teachers for prison guards, it could have been San Quentin; it was not just absurd, but harmful.

This is the result of the Industrialization of Education. The modern school system was built in the late 19th century to effectively train people into factory workers and mid-level managers, exactly the same positions which are disappearing in droves today.

The road to hell is paved with good intentions

“Do not let your schooling interfere with your education.” – Mark Twain (or maybe Grant Allen)

Neither the college counselor at your high school recommending you take out large loans to go to a more prestigious school, the professor recommending graduate school to his seniors are perpetuating some vast conspiracy to generate more loans.

They are, instead, obsessively worrying about what’s in your best interest; giving you the best advice they have based on their own perspective and life experiences. For the past five years, members of my family encouraged me to go back to school for an MBA or other graduate degree. Writing a book about why that’s a bad idea seems to have finally curtailed those discussions.

My mom was certainly always more interested in my best interest than generating more student loans. She simply subscribed to the dominant narrative: if you needed a college degree, then your children will need a graduate degree. This alternative, entrepreneurial script is a recent (and still small) part of our culture.

Our current social structure and institutions (educational and corporate in the sense that I use them) influence us in damaging ways by subtly insinuating a rulebook exists you can follow to achieve success.

“Only that which can change can continue.” – James P. Carse, Finite and Infinite Games

My favorite book last year was probably Finite and Infinite Games by James P Carse. I rarely talk about it or recommend it because it’s incredibly dense, bordering on poetry.

It serves as a good lens to view the absurdity of our industrial approach to educations and careers, so allow me to briefly summarize:

An individual basketball game is a finite game. There are agreed-upon rules players follow: where the court boundaries are, how high the hoop is positioned, how many points a goal is worth, how long the game lasts, etc. The boundaries are defined (by time, space, and agreed-upon social rules). The game has a definite beginning and end. You can look up at the scoreboard and know who wins.

A basketball career could be an example of a more infinite game where the purpose of the game becomes continuous play. Each finite game is played within the career so you can stay on the court for the rest of the season and the season to come. The clock never strikes zero in a basketball career where you check “won at basketball.” You win by extending play, by continuing to play the game.

The Industrialization of Education leads people to take a finite games approach to their careers.

The subtle undertone, the whispers that we hear in school and working in many jobs, tell us the rules are fixed and the way you win is by playing within those rules towards a known end.

A friend related to me a job interview that he recently went to, where he was asked: “what are your career goals over the next twenty five years?”

The notion that he should, or even could, have definite plans for exactly where he would like to be twenty five years from now struck him as absurd. Institutions which continue to insist that you have definite goals have a clear undertone: the rules won’t, and can’t change, even as we live through a time when they are more malleable than ever.

Let’s take the example of accountants, my favorite group to pick on.

This made sense for two primary reasons:

Neither of those are true anymore.

In the entrepreneurial economy, approaching your career as an infinite game is not only more fun, but safer and more profitable.

Instead of looking at how to win in a finite sense, what if an accountant looked at how to extend play in an interesting way?

That accountant might come into work one day and realize that there was an inefficiency in the workflow. If expense reports were submitted through a standardized form instead of forwarded to different people in the accounting department via email, it could save hundreds of man hours every month.

The firm could set up a new workflow to make the process more efficient. Then they’d realize that the form software and accounting software both have an API. They could hire a developer to build a piece of proprietary software which integrates the two, further increasing efficiency. Then they’d notice that other companies in their industry are using the same process they’re using, and they could start a branch of the company to license the software that they build as a proprietary solution.

The accountant is now the head of a division selling software. Or maybe they left the company to start their own business, or cut a deal with the company to fund the new division in return for an equity stake in it. They have extended play by changing the rules of the game. They are now the CEO of a software company.

They are approaching their career as an infinite game, play, their career is meant to be extended, and not won or lost in a finite sense.

While there are certainly milestones (set up new form process, hire developer to integrate the APIs, launch new branch of the company), the overarching intention and purpose is to find a meaningful, fun way to prolong play.

The problem is that people and organizations taking a finite approach, most educational institutions and traditional corporations don’t like when you start tinkering.

A natural, human resistance to change plays a part in that. Even as the modern world rewards those who move faster, our pre-Neolithic brains revolt. Even if you get yourself to intellectually believe that the world is changing faster and faster, you don’t stop being afraid of it on an emotional level. All of the most successful people I know admit to being terrified on a week-to-week if not day-to-day basis.

Another part of it is the incentive structure. One paradox of established institutions is that the individuals with the most power have the shortest time horizons.

Go back to our accountant example. You try fix the forms process to be more streamlined. You get “don’t mess with that, it’s working fine” from your boss.

He’s fifty eight. He’s seven years away from retirement, and all he wants is for nothing to go wrong so he can get out and get his retirement package. He’s trying to finish out this cycle of play in his finite game.

He has little upside and lots of downside. If the project works, it could take five years to see the new division grow and the company make a substantial profit. By that time, he’ll be on his way out. He doesn’t have a lot to gain. If it doesn’t work, he’s on the line and he could lose the retirement plan he’s been heavily invested in for the last three decades.

If you’re twenty years earlier in your career, you’re in the exact opposite position.

Because the company is taking a finite approach, your risk profile is the exact opposite of your boss’s. You have a large downside and very little upside. If you can’t innovate, the company suffers, shareholders pressure the board, the board fires the CEO, and they bring a new CEO who promises to return the company to profitability by reducing cost centers.

Guess what you, Mr. Doing-Inefficient-Processes, are?

You can only lose (in the long term).

This has always been true. What’s different is that it’s moving so much faster right now. The level of innovation (the degree to which they play infinite rather than finite games) companies have to sustain to survive is much higher.

Infinite games have not only become more accessible because barriers to entry are dropping, but they are also the only logical, long-term approach to a career. In a world where 44 percent of students are training for careers which will not exist in a decade, you must pursue a career in which the only way to win is extending play. The “stay at one company and climb the ladder” approach won’t work for structural reasons.

This is good news. Not only is infinite play more accessible and a more logical approach—it’s also more profitable. A recent article in The New York Times cited a study done which concluded, “Workplaces that offered employees work that was challenging, engaging and meaningful, and over which they had some discretion, were more profitable than workplaces that treated employees as cogs in a production machine.”

If you approach your work from a finite perspective (trying to “finish” it) the changing nature of the economy means you’re increasingly less likely to do work which actually puts you in a position to be able to retire. The more interested or focused you are on retiring, the less likely you are to be able to actually do it.

One of the seemingly magical aspects of work is that work always creates more work, and usually in the same category. If you go make a bunch of sales calls, you’ll have follow up calls to make and closes to do.

The Catch-22 seems to be that those who approach their work trying to generate more of it are the ones most capable of getting to the point where they can stop doing it.

Looking at work with the attitude of play and experimentation is just one of the ways that the nature of is changing.

If you would like to learn more about why entrepreneurship will be the least riskiest career of the 21st century, you can download a free chapter from my Amazon Bestseller The End Of Jobs.

Read the Free Chapter: ‘Welcome to Extremistan. Don’t Be a Turkey’, and find out why Entrepreneurship may actually be the safest and most meaningful career choice for the new economy

Taylor Pearson is the author of The End of Jobs. Get his free, in-depth essays about productivity strategies and mindset by signing up to his free newsletter. 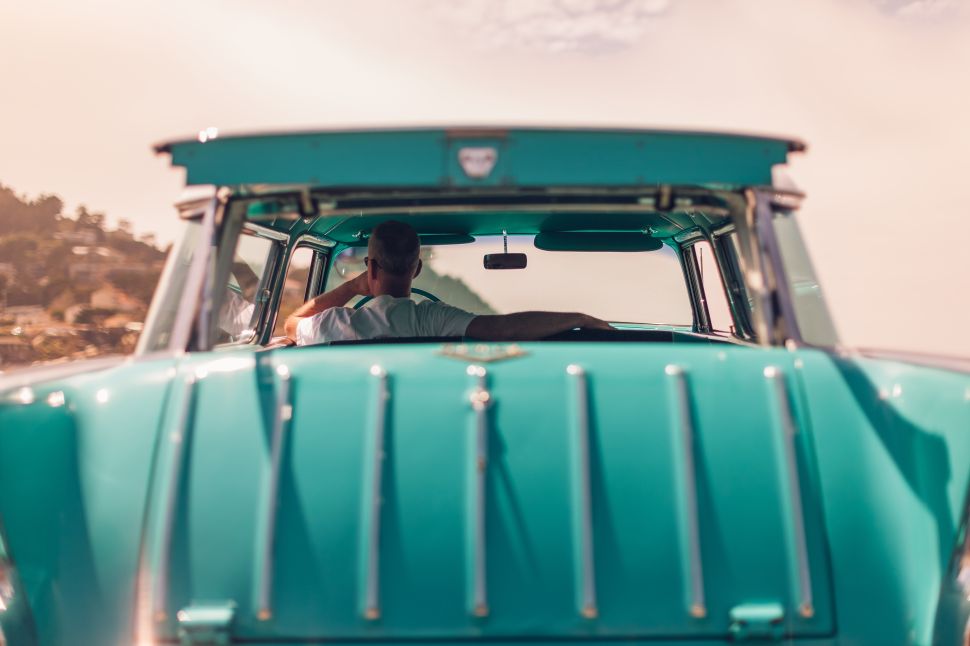