The Clinton Foundation, the nonprofit charity organization run by Bill and Hillary Clinton (that also provides a career to untalented daughter Chelsea), has been in the news recently over what is truthfully just its latest scandal.

The media has latched onto the news that more than half of those who received a personal meeting with Hillary Clinton while she was the secretary of state had also donated to the Foundation. In truth, this is just one of many scandals the Foundation is involved in—but most others have been reported and quickly forgotten, in favor of blowing up something GOP presidential nominee Donald Trump said or did.

Even this latest scandal is trying to be diluted by some in the media. As mainstream journalists continue to point out how bad this is for Clinton, Politico reported that Steve Bannon—Trump’s new campaign CEO and executive director of Breitbart.com—was charged with domestic violence two decades ago. Though these charges were dismissed, Politico thought the decades-old story warranted a breaking news email.

The media will try to memory-hole this latest Clinton Foundation scandal, but it can’t be forgotten. Nor can these other Foundation scandals. This is probably not a comprehensive list, but here are the most egregious.

I already briefly mentioned this scandal, as it is the most recent. Of the 154 people who met with or had conference calls scheduled with Hillary, at least 85 donated to the Clinton Foundation, according to an Associated Press analysis. The 85 donors gave a combined total of $156 million to the Clinton Foundation, and at least 40 gave more than $100,000 each. At least 20 gave more than $1 million.

How could anyone possibly believe these donations didn’t help get a meeting with Clinton? Turns out only Clinton’s staunchest supporters are defending her on this. The LA Times’ Thursday editorial called for Clinton to leave the foundation. The New York Daily News’ Gersh Kuntzman said this scandal was “impossible” to defend.

Clinton purports to be a defender of women and has talked about running coal miners out of business (an extension of the Left’s hatred for “Big Oil”), yet her foundation has taken money from countries that commit human rights abuses against women and make their money from selling oil.

In February 2015, The Wall Street Journal reported that Australia, Germany, Saudi Arabia, the United Arab Emirates and a Canadian government agency that was trying to get the Keystone XL pipeline built all donated to the Clinton Foundation.

Obviously, Australia and Germany don’t count as “abusive nations,” but donations from former foreign governments is strange of itself—it had always been clear that Clinton would run for president again. And the donations from Saudi Arabia were especially troubling, since Clinton claims to be a champion of women yet Saudi Arabia bans women from driving or interacting with men to whom they are not related.

How wonderful was it for Bill Clinton to have his wife oversee a department that approved his big-money gigs?

For six months in 2012, longtime Clinton aide Huma Abedin appeared to be superwoman. She was working for Clinton’s State Department, as well as the Clinton Foundation, Clinton’s personal office and a consulting firm tied to the Clintons. How did she do it?

The Foundation was subpoenaed over Abedin’s work, and was also under investigation by the FBI for ties to the State Department. How it was even legal that Abedin worked for both is astounding.

Clinton was a member of the Nuclear Regulatory Commission while she was secretary of state. The commission was working on a “request to approve the sale of U.S. uranium stock to Russian atomic energy agency Rosatom as part of a transitioned takeover of a company which through an earlier merger had acquired U.S. uranium interests,” Politico reported.

Surprise, surprise: Rosatom had ties to the Clinton Foundation. Rosatom acquired 17 percent of a South African company called Uranium One in 2009. In 2007, Uranium One merged with UrAsia, which was owned by Frank Giustra. Giustra gave $31 million to the Clinton Foundation in 2006 and pledged $100 million more in the following years. Giustra along with Bill Clinton, acquired uranium interests in Kazakhstan in 2005.

The chairman of Uranium One when it was acquired by Rosatom, Ian Telfer, also gave $2.35 million to the Clinton Foundation.

Then there was the UBS deal, in which Hillary Clinton intervened. The IRS was suing Swiss bank UBS AG in order to obtain the identities of Americans who used the bank to set up offshore accounts. Again, unsurprisingly, after Clinton stepped in, UBS increased donations to the Clinton Foundation—from $60,000 to $600,000 by 2014. It lent the foundation $32 million for an inner-city loan program and paid Bill Clinton $1.5 million for some speaking gigs with its Wealth Mangement Chief Executive, Bob McCann. 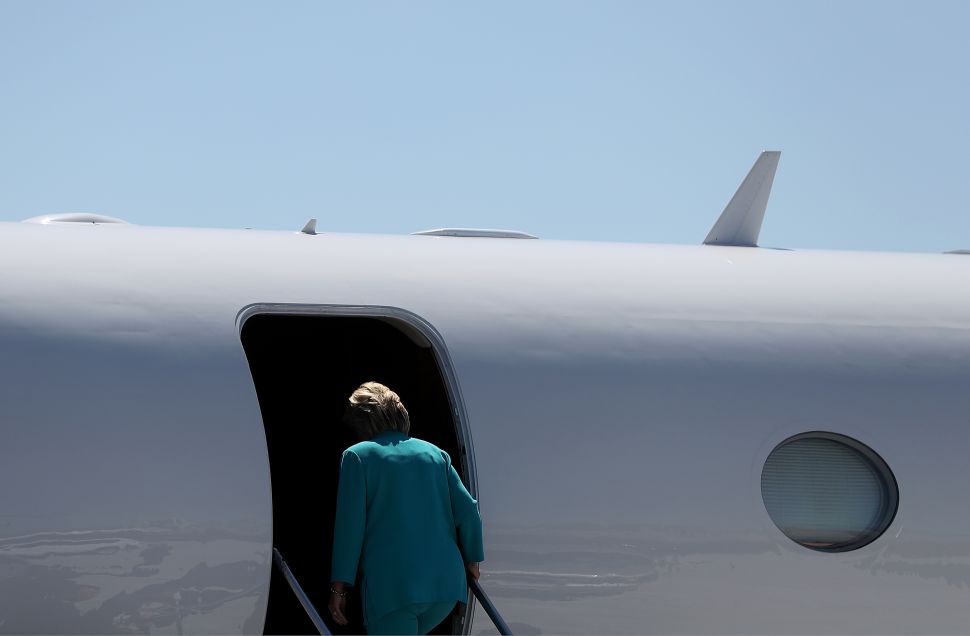