“We are a nation awash in guns and grievances”

That sentence, written by an anonymous commenter in The New York Times following the Orlando shooting, is one of the most succinct, insightful summations of the mass shooting problem that only seems to be building momentum every year in the United States. As an Australian, I’m both horrified at the rampant slaughter and baffled that nothing ever seems to be done about it. After Sandy Hook, I thought, “that’s gotta be it, surely. No country, no matter how much they love their guns, is going to continue with the status quo when 20 elementary school kids have been gunned down.”

Yet here we are.

In an effort to better understand, I went over all of the mass shootings that have occurred in the US since 1999—some 60-plus incidents, with almost a thousand people dead. I had my own hypotheses about why people go out and kill other people, but they were proven wrong. I didn’t say that the quote at the top of this piece was insightful because it sounds neat, but because it cuts to the heart of why almost every single mass shooter for close to 20 years has seen fit to empty a magazine into a crowd of innocent people: a strong grievance, poor impulse control, and easy access to guns.

In the vast majority of cases, we have someone who feels aggrieved—a family breakdown, a wife filing for divorce or a restraining order, being fired from a job, or even the pent-up sexual frustration borne from not being good with women.

Whatever the cause, easy access to a firearm at the time the perpetrator felt most aggrieved was what tipped the situation into violence. In a significant number of incidents, the perpetrator began shooting within an hour of receiving a piece of news that they clearly couldn’t process. In a few cases, it was just minutes before the perpetrator stormed out to their car, grabbed whatever firearms were there, and began shooting. One of them already had guns in his lunchbox, and had them ready when his boss told him he was fired, immediately going on his rampage.

People in a distressed or emotional state should not have easy access to firearms.

It’s also clear that an increasing number of men are not able to manage their feelings, frustration and anger in a healthy manner. So many of these cases show a man at the end of his tether, had one too many setbacks, and finally snapped.

A staggering number of these shootings occurred at the shooter’s workplace following a layoff or disciplinary action. It’s interesting to note that these, and a significant number of other shootings, are in areas where men tie their identity. Men frequently equate their sense of self with their jobs, their financial status and their relationships. When any one of these falls apart, it’s understandable to be upset. But instead of the usual feelings of grief, anxiety, or depression that might come with such a jarring loss, these men turn to anger and the desire to inflict pain upon others.

So often we hear that the perpetrator was “mentally ill” (almost one-third of the mass shootings since 1999 show mental illness as a motivating factor), and that mentally ill people shouldn’t have access to firearms.

Mental illness is a rather broad term, and isn’t just something you throw out there to explain away every mass shooting. Depression is completely different from anxiety, which is completely different from bipolar disorder, which is completely different again to having psychotic tendencies. Does a single bout of depression suddenly qualify as mental illness? Reading over the literature on these shootings would indicate that it does, but I’d guess that a single depressive episode has never been a factor in a mass shooting. You can’t just lump it all in under a catch-all term, as though they are all equal motivations for someone to go on a killing spree. They’re not.

The media loves to speculate why someone goes off the rails. They love to have that exclusive first where they tell you that the subject suffered bouts of depression, as though that was the reason for violence. After the shooting in Orlando, there was a great deal of reporting on the fact that the shooter had a history of steroid use. Ergo, that must have been a factor. This is despite the fact that over the last 17 years, it is the only case where the shooter has been a known steroid user. Such rampant speculation does nothing but distract from the core issues that need to be discussed.

It would be easy to say that statistically, mass shootings aren’t a common enough occurrence that anyone should be worried. It would even be easy to say guns should never be taken away from people. After all, there are a hundred million men in America who go about their lives in a normal fashion, dealing with the hardships that life throws at them. The rare few who go on a shooting rampage are statistically insignificant.

The truth of the matter is that mass shootings are about much more than statistics. There is a human story behind every single death after a gunman opens fire. A known and loved person’s death has a huge impact on a community, even under normal circumstances, but when their life is taken away by someone just because they were in the wrong place, at the wrong time, the grief is overwhelming.

Freedom has two very different meanings, depending on your country of origin.

This is what stifles any chance at gun control, and simultaneously gives gun control advocates their only hope. Firearms enthusiasts aren’t going to be swayed by statistics—very few people are. They are cold numbers and facts.

For people truly wedded to their guns, until tragedy strikes them personally, the horror of a mass shooting is too remote a possibility. Why consider giving up even some of your guns, when the tragedy always happens to someone else? The politicians who are the only ones capable of enacting change are even further removed from the situation. Until a lack of gun control begins to cost them votes, they will continue to offer their usual platitudes, telling everyone how shocked and saddened they are while continuing to do nothing.

I’ve heard it asked many times following a mass shooting, “what’s it going to take?” I believe it’s going to take nothing less than a complete change in national consciousness. The United States has always been a nation that values the individual—and their wants and needs—over the collective. In such an environment, initiating laws that remove rights from a significant amount of people, even when they make everyone safer, are howled down by those without enough empathy to realize tighter controls are a small price to pay.

I recall a recent online discussion regarding Australian stand-up comedian Jim Jeffries, who did a monologue on gun violence. One of the comments was, “how can you say you have freedom when you don’t even have the freedom to own a gun?”

This is a completely foreign mentality to most developed countries. A better question would be: “How can you say you have freedom, when you have to worry about your kids being killed while in school, your spouse being killed at work, or being killed yourself when you’re getting a cup of coffee at the mall?” In this case, freedom has two very different meanings, depending on your country of origin.

The United States is a nation awash in firearms. Criminals have them, law-abiding citizens have them, police have them. Everyone has them. The problem is always too big to solve.

I’m not going to pretend our solution in Australia would work for the U.S., because we are two completely different countries, with two very different populations. When a problem is this big, however, the main thing is to just start somewhere. Start by taking a bite, and you keep chewing until you’re done. Then you take another bite. Such a massive issue isn’t going to get solved with one piece of legislation, or with one protest. It’s going to be a constant process over years, probably even decades. Legislators must work bit by bit, to both make it harder to get guns, and to get rid of guns which exist only to kill people rapidly and efficiently.

Difficult? Certainly. But not impossible. Most of the commentary I see torpedoes any small solution that would provide even some effectiveness in making guns more difficult to obtain. Solutions like smaller magazine capacities, and stronger background checks are viable in chipping away at the overall goal, but they aren’t going to solve the problem on their own—and they aren’t meant to.

The greater trick is reaching the people who oppose such legislation because they think it’s their God-given right to have 30 bullets instead of 10. The argument generally goes, “But if someone wants to kill a lot of people, having a smaller magazine isn’t going to stop them! They can just carry more magazines, or more guns.”

This misses the point entirely. The couple of seconds it takes for a magazine change, or grabbing another gun slung behind your back, may be enough time for someone (or several people) in the firing line to get to safety. When there are enough such measures in place, there will be a real chance at not only reducing the number of mass shootings, but the body count at the end of them.

People reading this may also say, “he doesn’t understand the American constitution, he’s from a different country.” I would like to touch on the Second Amendment, and all those who believe they need to keep their guns in defense of government oppression. Considering that the government gave away around 14 trillion of your tax dollars to Wall Street when they tanked the global economy, and none of the people responsible went to jail, I think you’ve lost that justification. The government doesn’t need to come to your doorstep to oppress you when they can take your money so easily. Your guns are useless there—not that they’d do much against a $500 billion-per-year military force, anyway.

Finally, it would be worthwhile to consider that having such dubious “freedoms” as the Second Amendment are going to be cold comfort when a loved one gets murdered by someone who exploited that freedom. Or, you could keep your head down, say that nothing will ever work, that no one has the right to take away your guns, so why bother? Just don’t feign surprise at the next mass shooting, or the next, or the one after that. 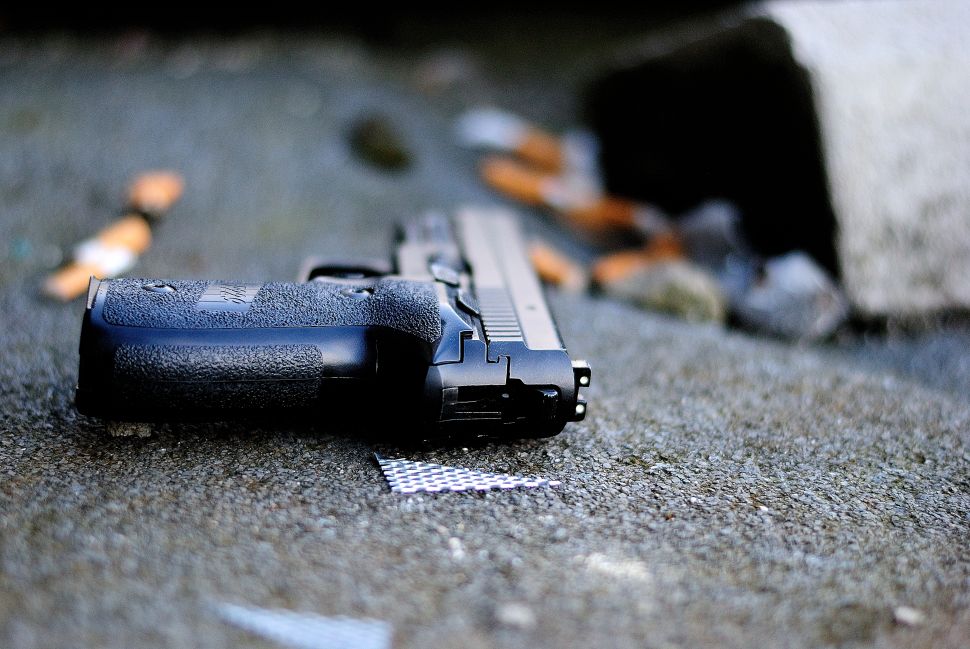