We hope you’re in a bouncy mood. The Museum of the City of New York and El Museo del Barrio have joined forces to host Uptown Bounce, a summer series of music and gallery talks. At the finale tonight you’ll have a chance to enjoy a curator-led tour of “Antonio Lopez: Future Funk Fashion,” an opportunity to try and make your own fashion zine—and, of course, there will be great tunes to dance to. 104th Street and Fifth Avenue, 6-9 p.m., free

Think your relationship is meant to last? Check out Carly Ann Filbrin’s show Let Me Break You Up. She’ll quiz real-life couples from the audience to see if they’re meant to be (she says they aren’t; we say you two crazy kids are going to make it). Pete’s Candy Store, 709 Lorimer Street, 7:30 p.m., $5

Are you ready for a—wait for it—doggone good time? Casper Mattress is. Casper is opening a pop-up showroom to show off its new dog mattresses, and it’s creating a magical experience for you and your pup in the process. The pop-up promises to be a “canine dream world.” Not only will it feature mattresses that are ideal for naps in these sweltering dog days of summer but also a curated smell museum. We’re not sure what that will include, but we’re guessing the sweet smell of shoe leather, maybe? You’ll find out. Or your dog will. A doggy bartender will be on hand to pour “dog beer” and bacon Shake Shack poochinis. We hope there’s something for humans, as well. There’s even a tennis ball pit that your dog will be having dreams about for ages afterward. Your furry friend will have such a wild time that you both might need a nap on a Casper Mattress afterwards. The Casper Dog House, 168 Bowery Street, 10 a.m. to 7 p.m., free

It’s the last day to catch Othello at Hudson Warehouse’s Shakespeare in the Park. And that’s an important play! It’s the one where they got the name for the bird in Aladdin! It’s also a classic tale of jealousy and betrayal, so that’s nice, too. The play will be directed by Nicholas Martin-Smith, and this outdoor festival tends to be a little less overwhelmingly crowded than the one in Central Park. Though no less pleasurable—honestly you can’t really go far wrong with Shakespeare. The Warehouse’s mission is to “present the classics in exciting productions inspired by our past and relevant to our present day. We want to educate the novice and enthrall the well-versed.” So, whether you’re someone who likes the Micheál MacLiammóir take on Iago or the Gilbert Gottfried one, you’ll be sure to find aspects to keep you enthralled. Soldiers’ and Sailors’ Monument in Riverside Park, West 89th Street and Riverside Drive, 6:30 p.m., pay what you can

The Central Park Conservatory Film Festival is kicking off with School of Rock. The festival, which runs until August 27, promises to take viewers on a tour of NYC neighborhoods through the film locations. Marcus Garvey Park, Fifth Avenue and 124th Street, 6:30-10 p.m., free

Get ready to feel really old—Magnolia Bakery is celebrating its 20th birthday. Get ready to feel somewhat better—they’re having a birthday party. There will be nail art, cocktails and sweets to sample, including a new limited edition flavor of banana pudding. 30th Street Studios, 1239 Broadway, #1605, 5 p.m., invite only

If you’ve ever wanted to wear a flower crown, you’ve got to check out the Indie Beauty expo. Not only will Crowns by Christy be on hand; you’ll also get to try a braid bar and learn about some fabulous new brands like Florapy Beauty and Au Naturale Cosmetics. The Metropolitan Pavillion, 125 West 18th Street, 4-8 p.m., $30 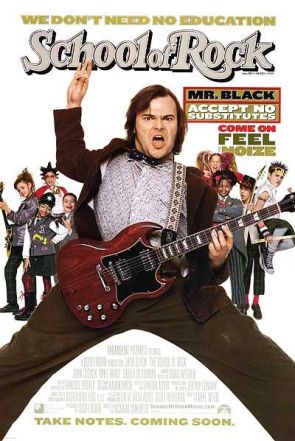