The heat dome has almost, kind of, lifted, so it’s time to leave your air conditioned abode for the great outdoors again. Or at least Central Park, where the Grammy-winning duo A Great Big World will be performing at SummerStage tonight. You’ll get a chance to hear songs from their new album When the Morning Comes. (God willing, when morning comes it won’t be another nightmare of heat and humidity.) SummerStage, Central Park at Rumsey Playfield, entrance at 72nd Street at Fifth Avenue, 5 p.m., $46 to $50

With all of the competition between the Democrats and Republicans, you may have forgotten that the entire world is about to compete in the Olympics. Celebrate the kick-off of the games in Rio at Haven Rooftop, where they’ll be broadcasting the games. They’ll also be offering discounts on Brazilian caipirinhas and coxinhas, which all but ensure that watching these will be less stressful than watching the conventions. Haven Rooftop, 132 West 47th Street, 8 p.m. to midnight, open to public

Have the Hamptons made you sick? No, literally, like have you ever gotten sick out there? Have you ever been bitten by a tick or sprained a limb frolicking on the beach or something? Or singed yourself on some cool beachy bonfire? O.K., well, some of us have, and that’s why it’s a relief that the superb Southampton Hospital is nearby. Tonight, The Southampton Hospital Foundation will be hosting its 58th Annual Summer Party to benefit the hospital’s emergency department. The party will be hosted by journalist Chuck Scarborough. Catering will be provided by Laurence Scott Events, while attendees will be able to dance to music from The Groove Society. And, don’t worry, while the party will take place out of doors, all of the tents are mercifully air conditioned. You’ll be able to dance up a sweat and then cool off with some of their delicious cocktails. Corner of Wickapogue and Old Town Road in Southampton, 6:30 p.m., $500

Want to enjoy street food but don’t want to awkwardly eat it on the street? That’s normal! It’s really tricky to be simultaneously walking and eating a burrito! You’re not some sort of next level Aaron Sorkin character! Instead of doing that, enjoy a Sunday Suppers dinner inspired by Mexican Street Food. The four-course meal will be prepared by Eddie Shumard and Julia Johnson. It promises delectable dishes made from summer vegetables like chilled corn soup, blackened beetroot, market fish tacos, shishito peppers and cinnamon ice cream. And you’ll be able to sit down while you enjoy all of it, which is just more civilized. 475 Kent Avenue no 403 Brooklyn, 5:30 p.m., $150

The 13th annual Southampton Strings Festival kicks off tonight and will be continuing until the August 19. It’s a chance for your kids to study classical string instruments and show off what they’ve learned under the direction of Jessica Tortorice and the boho4 String Quartet of Belgium. Southampton Cultural Center, 25 Pond Lane, 9 a.m. to 5 p.m., $250

If you love Jenny Slate (and who doesn’t?), you’ll want to check out her brand new film, My Blind Brother. Zoe Kazan will also star in the comedy about a blind man (Adam Scott) and his brother (Nick Kroll) competing for the affections of the same woman. The director, Sophie Goodhart, will be taking questions after the film. Solar One, 24-20 FDR Service Road East, 7:45-11:45 p.m., free

The Olympics in Rio are great, but they’re not the only Olympics. Members of the Special Olympics New York Leadership Council Summer Social will be hosting a benefit tonight to support athletes with intellectual disabilities. You’ll not only be helping a great cause; you’ll also be able to enjoy a silent auction, cocktails and dancing. Marquee, 289 10th Avenue, 8-11 p.m., $65 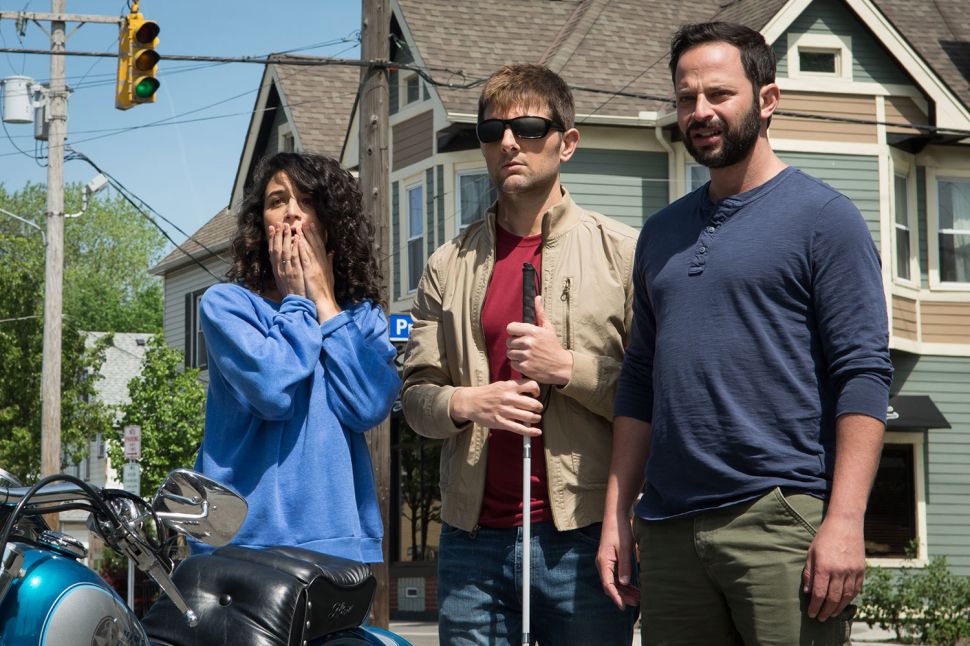