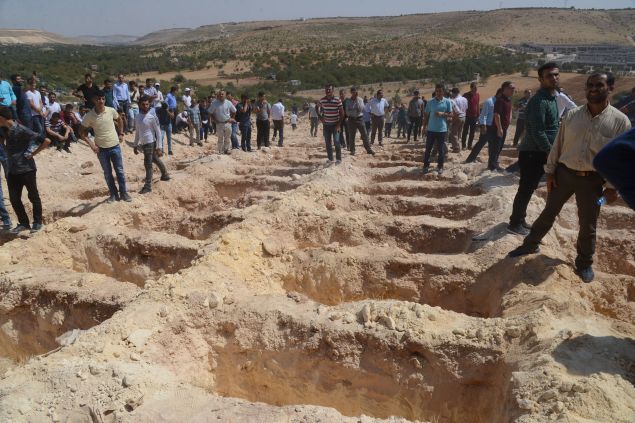 People wait by empty graves during a funeral for the victims of an attack on a wedding party that left 50 dead in Gaziantep, Turkey on August 21. (Photo: ILYAS AKENGIN/AFP/Getty Images)

Turks have weathered a stormy summer of abuse both from terrorist groups—including the Istanbul airport attack in June and the Kurdish wedding bombing this past weekend—and from their own government, which has rounded up more than 40,000 people in an epic purge after a failed coup attempt against President Recep Tayyip Erdoğan’s Islamist AKP government.

Turkey’s vulnerability to terrorism is proportional to how far it strays from the modern republic’s founding principles of secularism and equality. That isn’t to suggest a secular Turkey wouldn’t still be a big target for terrorism; ISIS will definitely target Kurds as they loathe the men and women who gallantly battle the terrorists and chip away at Islamic State territory.

But as Erdoğan whips up Islamists and fosters a culture of absolutism, women’s inequality and unprotected speech; as he redefines “terrorist” to mean his anti-Islamist, pro-Ataturk opponents, he’s planting seeds that are growing more and more difficult to control.

ISIS feels free, for example, to unleash their hitmen on Turkish territory. Anti-ISIS journalists Ibrahim Abdul Qader, a founder of Raqqa Is Being Slaughtered Silently, and Fares Hamadi, from the media group Eye on Homeland, were shot and beheaded last October—not in their native Syria, but in their refuge in a Turkish city. It’s bad enough when terror cells wage attacks on markets and airports, but in this case Islamic State “justice” was chillingly deployed against enemies of their state on foreign soil.

Why do Islamic extremists feel that emboldened? What doesn’t help are Turkish leaders with a laser focus on quashing the Kurds, promoting government Islamism and silencing dissent. What’s simply ridiculous is a government more concerned with people comparing the dear leader to Gollum of “The Hobbit,” which earned one Turk a five-year suspended sentence this June and the loss of parental custody rights for posting the goofy Erdoğan comparison on his Facebook page.

And the purge crimes are too numerous to list. The tens of thousands targeted include not just soldiers but cops, lawyers, jurists, bankers, teachers, reporters, activists and more. Amnesty International reported in July that detainees have been suffering sexual assault, torture and starvation in Erdoğan’s prisons. A couple of weeks before the ISIS suicide bomber killed dozens at the Kurdish wedding party in Gaziantep, Erdoğan’s forces arrested 14 Kurds, including two children, in an Istanbul park for singing Kurdish songs, according to the Turkish daily Cumhuriyet.

The more the Turkish people fight the transformation away from secularism—to live in freedom as well as safety—the more oppression they suffer at the hands of a government that claims to share the same values. Take the Turkish protesters killed in Gezi Park, the media constantly abused and punished but who keep reporting the truth, the opposition parties that have tried to oust the Islamic rulers. Take the groundswell of anger when a TV host is fired because Erdoğan’s ruling party thought her dress was too low-cut, as well as the steely resolve of Turkish newspapers who vowed to publish cartoons in solidarity with Charlie Hebdo despite facing jail.

A 2015 guide published by ISIS that gave advice to those looking to immigrate to the Islamic State described a process of hooking up with contacts in Turkey and staying in safe houses before being smuggled across the Syrian border.

“The only reason [ISIS] members live in Turkey in some peace is because Turkey fears revenge attacks,” the e-book said. What does ISIS want for Turkey? For it to withdraw from alliances with “disbelievers,” to shroud women and implement the archaic policies of the caliphate.

Turkey needs secularism, and the world needs a secular Turkey.

If a government embraces authoritarianism in the name of religion, it pulls itself closer to the philosophy of the Islamic State. If it discards the rule of law to pursue dissenters and perceived internal enemies, it’s drawing a step closer to the street lashings and worse that terrorize the citizens of Raqqa. If the state shows that crushing secular enemies will be prioritized over defeating the Islamic extremism that erodes the country’s security and foundation, it sends the message that there’s an official degree of tolerance for that extremism.

A Turkey that holds true to its roots as a model of secularism and strength will be halfway to winning its war on terror. In doing this, Turks refuse to be an incubator for the kind of extremism that allows stealth murders of Syrian activists in their neighborhoods or that creates sympathetic safe houses for those on the journey to jihad. In standing up for a diverse, free population, Turks help squeeze out the extremism that threatens to destroy the republic from within. 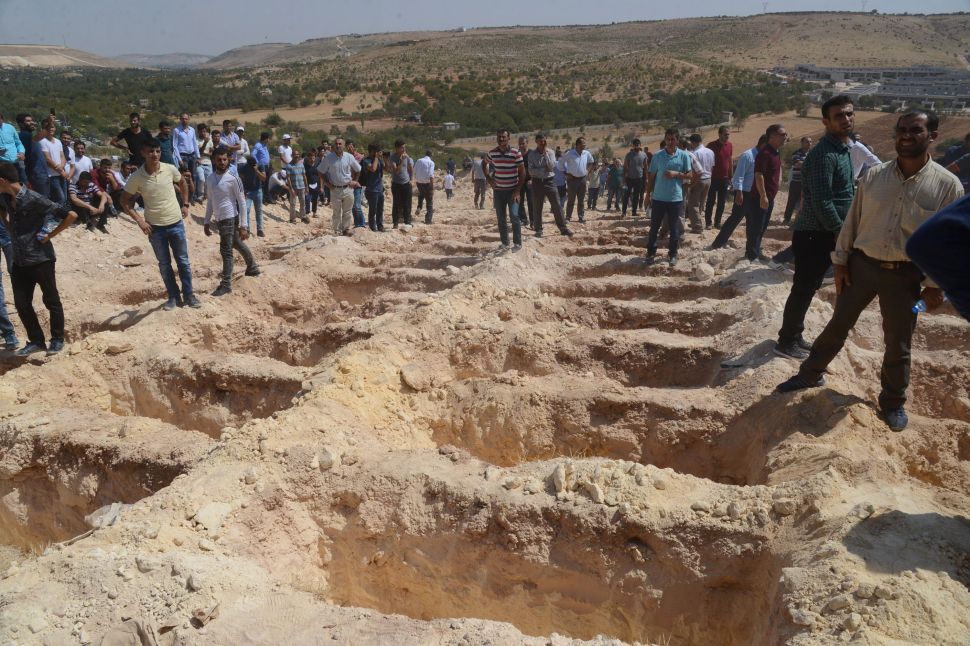