The Queens County party boss and top House Democrat says he has no plans to support the divisive Trans-Pacific Partnership trade agreement—despite his initial praise for the pact while it was in negotiation—but said that the “onus is on the Republicans” who currently control the House of Representatives if they want to push it through before the year’s end.

Congressman Joe Crowley, vice chair of the House Democratic Caucus, is uncertain of the agreement’s future. But he is certain about two things: the burden is on the House Republicans to determine the outcome and he is definitely not voting for it.

“It’s hard to say what’s going to happen at this point. I think… quite frankly that the onus is not on the Democratic Caucus,” Crowley, the fi told the Observer at an unrelated press conference in Long Island City. “I think that the number of votes that are there that are known is roughly about 27. Really the onus is on the Republicans. They control the House of Representatives. Do they have the votes to pass? At this point, I do not intend to support the legislation.”

The treaty—the cornerstone of President Barack Obama’s trade agenda—would ease trade barriers and a host of regulations between the United States, Australia and several Asian and Latin American countries. But in a strange inversion of usual alliances, House Democratic leader Nancy Pelosi and Senate Democratic leader Harry Read have opposed president’s plan,  while the Republican leadership on the Hill has backed the pact.

Obama recently announced his intentions to force a vote on TPP in Congress during its current in lame duck session. Opponents of the deal equate TPP with the North American Free Trade Agreement signed with Mexico and Canada in the 1990s, which resulted in the outsourcing of American jobs.

Nearly all of the city’s Congressional delegation is opposed to the deal, and Mayor Bill de Blasio and Vermont Sen. Bernie Sanders have also expressed their opposition to the TPP and NAFTA, which was passed by former President Bill Clinton. Republican presidential nominee Donald Trump has made opposition to free trade in general, and to the TPP in particular, a central plank in his platform—despite manufacturing many of his branded clothing and furniture lines in foreign countries.

Democratic presidential nominee Hillary Clinton played a key role in creating TPP while serving as President Barack Obama’s secretary of state but has since disowned it.

In March, Crowley was one of eight New York representatives, including Harlem Congressman Charles Rangel, who did not sign a letter to the president asking him to abandon the TPP, though both voted against giving Obama so-called “fast-track authority” to negotiate the deal without congressional input last year.

Fellow Queens Congressman Gregory Meeks is one of the few Democratic supporters of the deal, having co-founded the bipartisan four-member “Friends of the TPP” caucus, and maintaining his position despite pushback from Democrats representing districts that overlap with his districts. The fast-track authority bill ultimately passed last year after a tough fight that saw an early version of it voted down under pressure from organized labor. 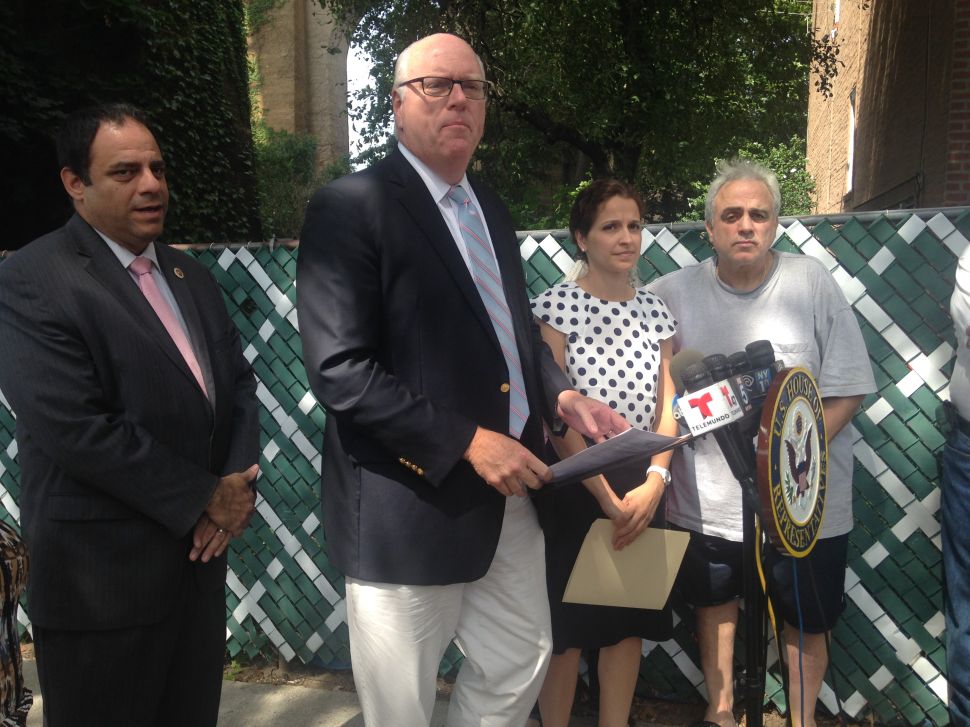