Now that both national conventions have passed, the contours of the general election are coming into view.

Donald Trump has positioned himself as the outsider; he’s the only candidate who will change Washington. This is a compelling message when nearly 70 percent believe the country is headed in the wrong direction.

Don’t ask me to square that circle. How can 70 percent believe the country is headed in the wrong direction, while at the same time a majority approves of the job President Obama is doing?

What matters now, as we head into August, is where the polls show the race and what strategy is each campaign pursuing?

I expect Hillary’s campaign to ramp up negative TV ads against Trump during the Olympics. I also expect a full court press against Trump for his refusal to release his tax returns.

Does Trump’s campaign have the resources to go on TV in August? I doubt it. But so far, they do not appear to have been significantly hurt by being outspent by more than $40 million on TV in July.

The Obama campaign disqualified Mitt Romney in the summer four years ago—but that was before his campaign had access to general election funds. That wouldn’t have been a problem this cycle, had Trump raised more than $3 million in May.

Romney campaign senior strategist Stuart Stevens said recently that he is watching white women as a bellwether for this election. Romney won them by 14 points, and Stevens believes Trump needs to win them by a bigger margin, which appears unlikely.

After evaluating the public polling that is available, and with the caveat that Clinton’s convention bounce is not yet fully visible, here is how I see the Electoral College map as of today:

When you study the electoral map, you realize just how daunting Trump’s task is.

First, let’s be honest: Despite Trump’s own boasts, he is not going to put California, New Jersey, New York or Connecticut in play. No chance.

I do not expect Nevada, Colorado, New Mexico, or Michigan to be competitive for Trump.

I do not expect Clinton to make Arizona, Indiana, or Georgia competitive either.

Virginia should be a swing state, but I believe Clinton’s selection of U.S. Sen. Tim Kaine essentially removes that state from being a toss-up. Trump would need to perform well in suburban northern Virginia and I don’t see that happening.

If my map is correct, all Hillary needs to clinch the presidency is Florida.

She can lose Florida and pair any two or three states adding up to at least 25 electoral votes to get to 270.

Indeed, she has many paths to victory.

Alternatively, Trump’s path to victory is narrow and steep.

Unless he can clip Virginia, Nevada or Michigan, he has to effectively run the table on the remaining toss-up states.

How does he do it?

He has not met that threshold yet. His convention speech was a marked improvement, but that offered the crutch of a teleprompter.

The televised debates offer 90 minutes, a quiet audience, and only one opponent with whom to divide the time. There is nowhere to hide.

Has Trump begun debate prep? Is he doing videotaped mock debates, and then watching them and receiving professional feedback, and doing another round? He will need to do at least ten mock debates before the first presidential debate on September 26.

This year is clearly a change election and Hillary Clinton is one of the most flawed presidential candidates in modern American history.

But she has the advantage right now. To not see that requires rose colored glasses.

Matt Mackowiak is an Austin-based Republican consultant, a syndicated columnist, and a former Capitol Hill and Bush administration aide. 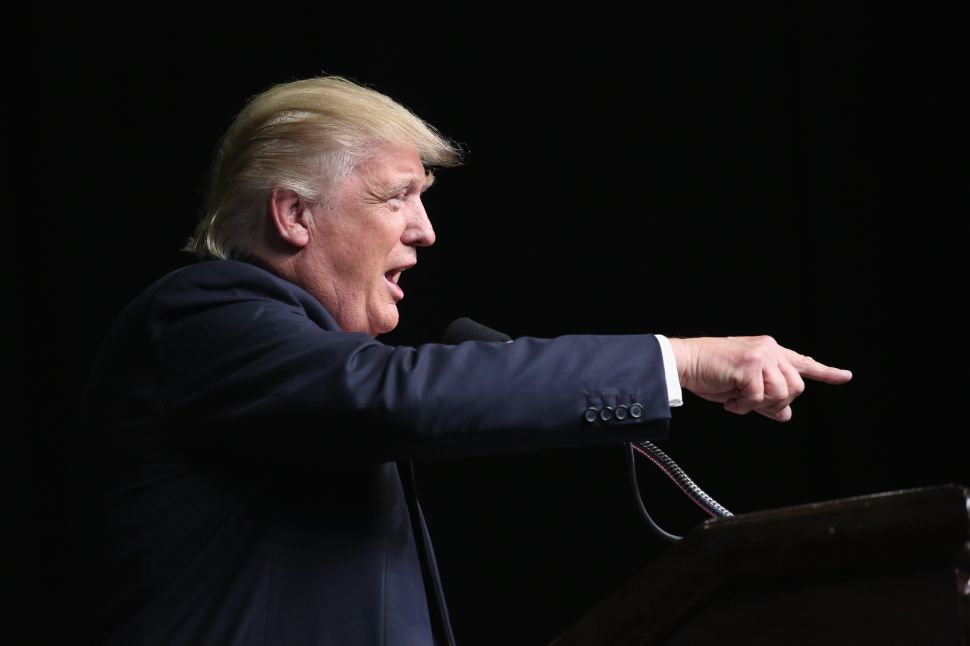