Truth or Dare, the documentary time capsule of Madonna’s iconic “Blonde Ambition” tour, just turned 25 years old. To celebrate, Metrograph, New York’s newest arthouse theater, is showing a weeklong run of the documentary in addition to a selection of seven films starring the singer in performances that range from strong and memorable to ridiculous.

The ultimate Madonna-as-actress film, of course, is her debut Desperately Seeking Susan (1985) in which she essentially plays herself: a downtown queen of jumbled accessories and sass who enchants all around her. In Dick Tracy (1990) she embodies the comic book femme fatale to an extent that would be eye roll-inducing were her provocateur status as a performer not already firmly in place. In the next two years, she’d have a small part in an atypical Woody Allen film (Shadows and Fog) and play a 1940s baseball player (A League of Their Own). While she’s been accused of not being the world’s greatest actress, the films selected here show that she can always cleverly play with her oversized persona, either reveling in its charms or choosing roles that seem like novel departures. Abel Ferrara’s gritty Dangerous Game (1993) makes for an interesting meta-commentary here, as Madonna plays an actress in a film about the making of a film, and we see her alternatively seductive and enraged, never quite sure who she really is. There aren’t many other pop stars who would immerse themselves in a world created by the director of Bad Lieutenant, for better and for worse. But for those who really want to see Madonna at the height of her powers and find some key to understanding her as a performer, Truth or Dare is the place to start.

“She was probably the most famous woman in the world at that point and the fact that she decided to allow the cameras to film her at that moment was a really fortuitous turn of events,” director and frequent Madonna collaborator Alek Keshishian told the Observer. Fortuitous not only for the director, but also for audiences both then and now: the documentary is revealing, finding moments of both extreme glamour and poignancy. We see Madonna not only performing onstage, as fierce and unapologetically sexual as we’d expect, but also catching up with a childhood friend, eating soup while talking on the phone with her father, and even visiting her mother’s grave.

Surprisingly, the film never feels forced or self-serious. It has moments of humor and a dynamic aesthetic, largely black and white with the concert sequences in lush color. There were practical as well as aesthetic reasons for shooting this way—as Keshishian recalls, “It seemed like an interesting division: the color for the artifice of the performance versus the reality of documentary, and yet each reflected the other. There was another practical consideration for the black and white, which was that the venues themselves were so ugly. Dressing rooms aren’t the prettiest places and black and white gives a kind of poetry. It also allowed me to use footage from different days since a lot of the venues looked the same.” The color choice also contributes to the iconography, giving the proceedings a feeling of being somehow out of time.

Many music documentaries rely on a workmanlike aesthetic that hides a directorial mark, but Keshishian knew from the start that he wanted to create something different. Truth or Dare was initially going to be more of a traditional concert film for HBO, but quickly moved in another direction. “I rented almost everything that had been done in the music documentary and concert arena, and then I decided not to watch any of them,” he said. “I didn’t want to be influenced, nor did I want to consciously avoid trying to do something. Sometimes it’s better not to know the rules.”

Going into the documentary without that “anxiety of influence,” worked well for the director, and part of what’s captivating about Truth or Dare, besides its highly charismatic subject, is the way we can see the seams—cameras and boom mikes are sometimes visible, and Madonna even refers to the director by name: “I had no incentive to try to hide the camera, though I certainly didn’t want to become the subject,” said Keshishian.

The subject reveals much of herself: one of the most striking motifs is the maternal bond she has with her dancers, all of whom are sassy, charming characters. The film strikes a fine balance between these moments of the maternal, good-humored Madonna and the diva. One of the most famous scenes has Madonna expressing ostentatious disdain after Kevin Costner calls her concert “neat.” Keshishian didn’t want to sensationalize: “I only used those moments because I thought they said something about Madonna. It shows she doesn’t do well with that kind of earnestness. You just see her with celebrities when they’re revealing something about her.” She has her own moments of vulnerability, and her admission that going home isn’t easy, say, is all the more striking after seeing her in her iconic cone bra, executing racy dance moves for a crowd of thousands. Balance is key to Truth or Dare—you can even see it in the title, which would fit even without the amusing scene in which she and her dancers play the game. Keshishian balanced the truth of the “real Madonna” with the daring of the performer quite purposefully: “The way the documentary ended up, I think if we removed even 10 minutes the balance would change significantly.”

There isn’t a sense of bloated indulgence, nor is the narrative too thin, and there’s plenty more where all of the juicy, aesthetically pleasing footage came from. “We shot 250 hours,” the director recalls. “The movie ended up being two hours, and we edited it to get a complete portrait without it being redundant.”

These two hours create an eloquent document of a great performer, but one wonders what an extended cut might look like. At one point, Madonna’s then-boyfriend and director/star of Dick Tracy, Warren Beatty, remarks, “She doesn’t want to live off camera.” Watching Truth or Dare and the other films in the Metrograph series, we understand why she wouldn’t. Performing onstage, in one of her varied film roles, or just being herself, Madonna consistently captivates. 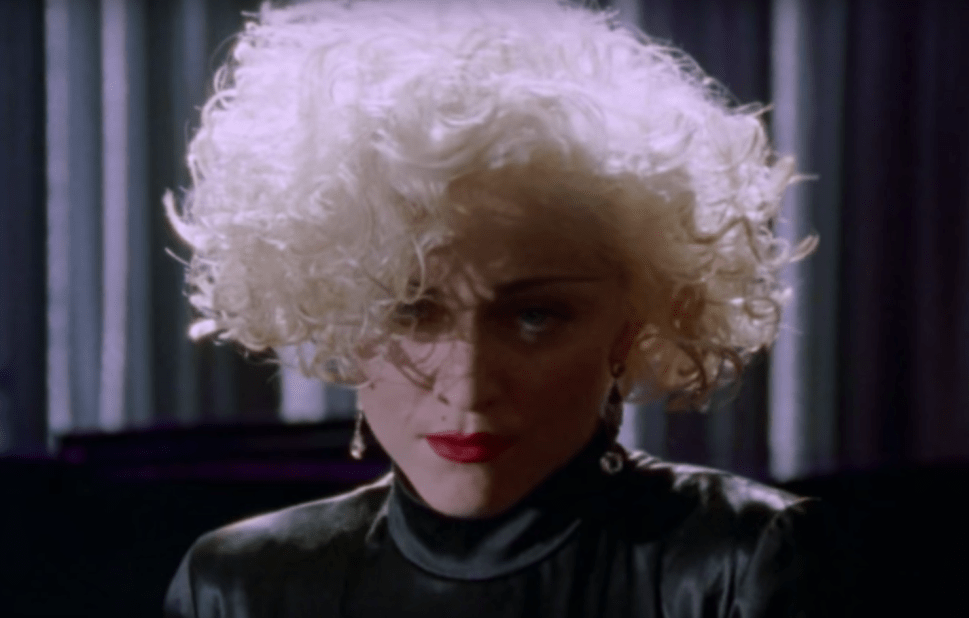