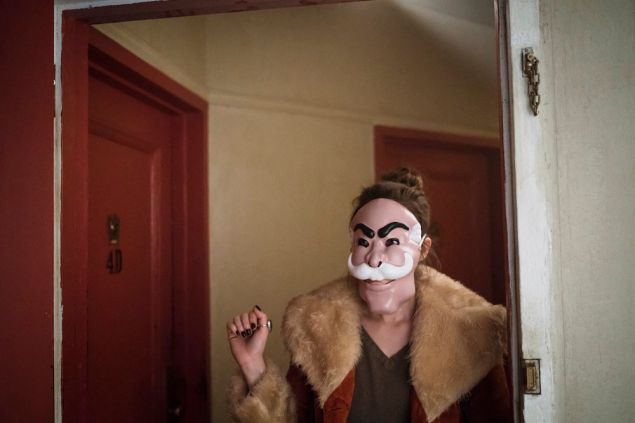 Since last week’s Mr. Robot proved there is no twisty-twist USA’s psychological hacker-drama / Alf reboot won’t pull, you might as well consider any and all of these a spoiler! for season two finale of Mr. Robot.

Not really a spoiler! per se, but Elliot spends twenty minutes talking to the camera about his terrible psoriasis. It’’s really weird (but perfectly acted, and with an A+ Phil Collins score).

Spoiler! Elliot reveals that his “secret friend” that he breaks the fourth wall to speak to isn’t the audience of the show. It is actually Steve, from catering and craft services. Steve’s not union, but Elliot’s really pulling for him to get those overtime hours! Elliot knows how hard Steve works at his job, and appreciates it.

Spoiler! Elliot and Darlene just make a go of it. In our deepest deep web of hearts, we are still rooting for these two crazy(!) kids to make it work.

Spoiler! Whiterose and Alf have been pitching their spin-off pilot to some networks, and–fingers crossed– ABC seems interested.

Spoiler! Mr. Robot is a figment of Elliot’s imagination, but the flat circle starts really spinning when they both realize they are products of Sam Esmail’s Adderall-induced imagination.

Spoiler! Ray takes off his mask to reveal he’s been Wesley this whole time.

Spoiler! Actually, Elliot’s not sure if it really IS psoriasis. Maybe it’s just athlete’s foot? He wants to see a doctor, but no one is taking his insurance and he hasn’t met his e-coin deductible for the year.

Spoiler! Seinfeld sucks. There. We said it.

Spoiler! If you watch the show in a certain order, you can unlock a special alt season finale where Elliot turns into a wendigo.

Spoiler! Mr. Robot season two has been a sequel to Gotham this entire time. “Elliot” is Bruce Wayne, still haunted by the (literal) ghost of his dead parents. After shooting Oswald Cobblepot in the arcade section of the Iceberg Lounge, Bruce went slightly insane, swore off guns forever and checked himself into Arkham Asylum, where he began to craft the universe of Mr. Robot to cope. To hide the fact he is a billionaire from the other inmates, Bruce started going by Elliot–after childhood nemesis Thomas Elliot. But former Arkham head of operations Hugo Strange–who spoiler flees to China and assumes the codename Whiterose in Gotham’s finale–sees right through Bruce’s disguise and works to get him out of Arkham.

Meanwhile, Bruce’s life-long friend Selina Kyle–who he considers his “sister” at this point–is working with Bruce’s old flame Silver St. Cloud to hide evidence from the GCPD of their vigilantism against the corrupt Wayne Industries. However, Jim Gordon is hot on their trail. Also, in the universe Bruce created for Mr. Robot Jim Gordon is a woman named Dominique DiPierro because of course he is.

This story begins to unravel with the revelation that Hot Carla is clearly Firefly.

Spoiler! Sam Esmail is an anagram for “Mass E-mail.” Mr. Robot‘s season finale will conclude with a message telling you to “forward this to 10 friends or u’ll have bad luck 4ever.”

Also, spoilers! You actually do forward it to ten friends because haha just in case, right?

Spoiler! FSociety is eventually taken down by a random guy in Brooklyn who’s been telling people he “fucking loves” the movie The Casual Massacre of the Bourgeoisie for years. He means it ironically, but still. He would have noticed FSociety’s intentions sooner but he “doesn’t own a TV.”

George: …if you don’t know she’s your sister, then a trip to Coney Island IS a date.

Spoiler! In the anticipated conclusion to season one’s biggest unexplained mystery, it’s revealed Romero was murdered because he was in fact eating all the donuts. The perpetrator? Mobley. Mobley just fucking loves donuts to an unhealthy degree.

Spoiler! The secret origin story of how Ray met his bodyguard, LoneStar:

Spoiler: Back to the Gotham thing! Romero was Poison Ivy, Mobley is a disgruntled Harvey Bullock, Trenton is Eddie Nygma, and Elliot’s psychiatrist Krista is an increasingly concerned Alfred.

Spoiler! Philip Price finally goes home. SURPRISE! Happy Birthday, Philip! All your friends and family and shady colleagues you threw under a bus and Whiterose and fsociety and the Wall Street bull’s testicles and President Obama and John Boehner and the FBI are all there, waiting for you! Everyone is waiting to surprise you Philip, because it’s your birthday. Nobody forgot. (Alf sends his regrets; he had this other thing and he just couldn’t get out of it. Drinks next week?)

Spoiler: Angela is…wait for it…a lesbian! That’s right! Her weird vibe with Dom DiPierro was actually sexual tension! Can you believe it?

Spoiler! No one is going to see that extended, hour and a half long Gilmore Girls-themed season finale. 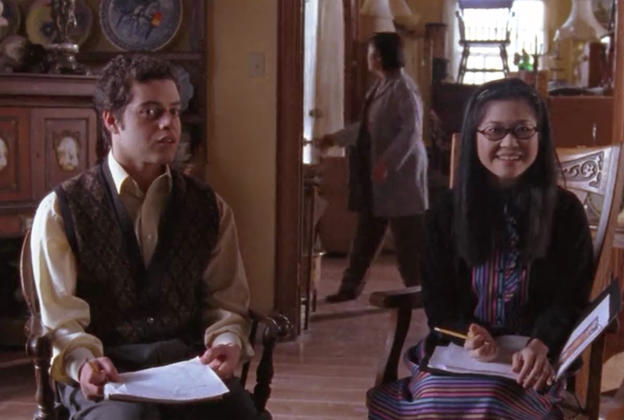 Ben Philippe, maybe. But no one else.

Spoiler! Mr. Robot does not exist. You hallucinated it. Yes, you. Specifically you. Also this post is a hallucination, as are all these recaps. I am a hallucination. You’re reading a blank page. Go outside! You’ve wasted so many Wednesday nights!

Spoiler! Sam Esmail apologizes for tricking you with his hallucination show via Elliot voice-over: “This is the last time I’ll make you hallucinate a TV show. I promise. I hope we can still trust each other.”

Spoiler! Derek? You know, Joanna’s boyfriend? Well, he’s having this gig tomorrow night. It’d be cool if you went. They are actually not bad?

Sub-spoiler: Derek and Philip Price have the same birthday. Derek is the slacker alter-ego of the loser son Philip Price never had.

This is actually the perfect ending of the show. Time is a flat society. Have we made that joke before? *eats Adderall vomit* 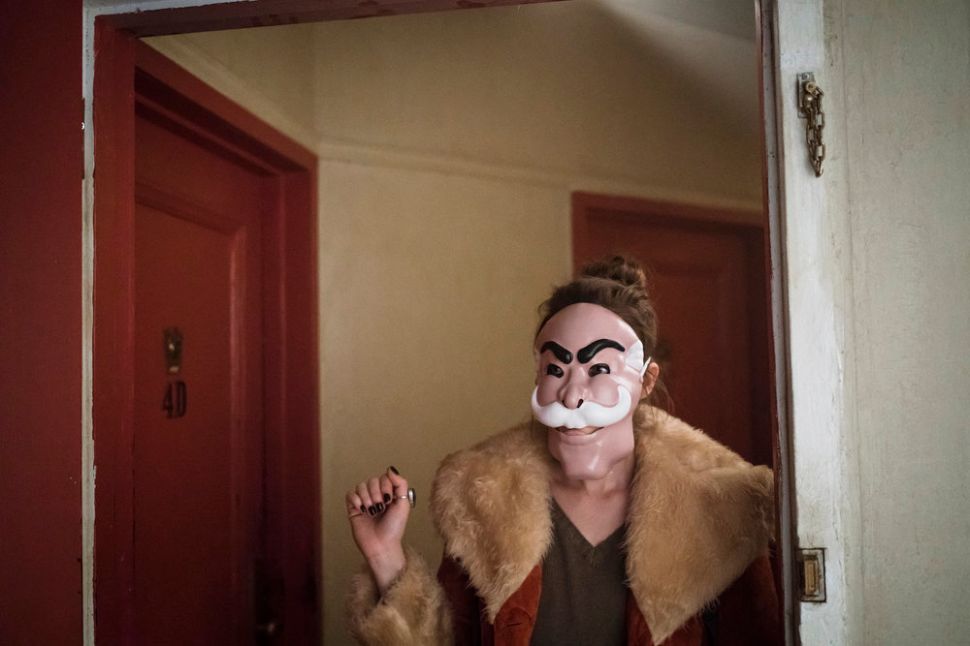