We already know this story: Internet company grows from nothing to become a ubiquitous presence in hundreds of millions of lives. But it becomes trapped in an ongoing identity crisis, never fully figuring out how to parlay its enormous user base into a sustainable business model. It’s eventually passed by newer, smarter competitors, and slowly fades into painful irrelevance.

We’ve just seen the script play out at Yahoo. And we certainly seem to be watching it repeat itself at Twitter.

By all rights, this should be Twitter’s golden moment. In the 10 years since its launch, it has grown into a global phenomenon with more than 300 million active users sending some 200 billion (yes, billion) tweets per year.

It has broken news ahead of traditional media and helped overthrow governments. And it has become the primary communications vehicle for one of the two people with a chance to become the world’s most powerful person.

Yet signs of danger are all around. Twitter’s share price was $69 in January 2014, and it is now hovering around $20. User growth has stalled. Periscope, the live video-streaming service it introduced last year, was the hot new thing for about 15 minutes before Facebook, with its vastly larger user base, launched Facebook Live.

Yahoo co-founder Jerry Yang took over as CEO in an effort to right the ship. One of Twitter’s founders, Jack Dorsey, has done the same. It didn’t fix Yahoo, and so far hasn’t done much good for Twitter, either.

In fairness, Dorsey retook the reins on a permanent basis less than a year ago, and it has yet to be seen how some of his changes—such as relaxing the traditional 140-character limit for tweets and live-streaming 10 Thursday-night NFL games this season—will play out.

But it will take more than longer tweets to fix what appears to be a broken business model and problematic corporate culture. In just the most recent example of Twitter’s epic history of management turmoil, Natalie Kerris, a well-regarded Apple veteran who joined the company in February as vice president of global communications, abruptly departed after less than six months on the job.

As with Yahoo, Twitter is to a large extent paying the price for years of indecision about what it is and wants to be.

Take, for example, its now 10-year love-hate relationship with outside developers. In its early days, Twitter was a largely open platform, which led to all manner of third-party innovations, including alternative ways to to access the service. (The first app for reading tweets on an iPhone, for instance, came from an outside developer.)

But policy changes, some technical and others for business reasons, soured many developers on the idea of building businesses on the Twitter platform. More recently, the company has made significant efforts to woo them back, but a lot of time and good will were lost, and there’s always the fear that the company could change direction yet again.

More important, the service has failed to fix its biggest shortcoming for many users: Its inability—or unwillingness—to deal with its role as the world’s number one haven for trolls and cyber-bullying.

Facebook’s ability to establish itself as a mostly safe space online is one of the keys to its enormous success. This is according to no less an authority than the former CEO of MySpace, which in its heyday embraced a Twitter-like anything goes ethos.

Yet despite occasional efforts to crack down on specific abusers, Twitter has yet to figure out how to square its tradition of openness with the need to enforce accountability and a certain level of civility.

Sure, there are times that lack of control and filters have been an asset—when, for example, it became the communications medium of choice to help organize resistance to a repressive government.

There have been many more cases, though, where it’s been used—or, more precisely, abused—for ignoble ends.

The Gamergate harassment campaign, in which women involved in the video game industry were targeted for vicious threats of assault and even death, was largely played out under a Twitter hashtag. More recently, the Ghostbusters star Leslie Jones was temporarily driven from the service by a cascade of racist tweets.

Just last week, the company announced it had suspended 235,000 accounts for promoting terrorism and violence, on top of the 125,000 accounts it similarly suspended last year. Which raises the question of just how it harbored more than a third of a million such accounts in the first place.

As Twitter continues to struggle, it is once again being beset by a wave of buyout speculation. Google is the perennially favorite acquirer, while the latest rumors feature, among others, former Microsoft CEO Steve Ballmer, who owns four percent of the company’s shares, and Saudi Prince Al-Waleed bin Talal, who owns about five percent.

What is clear is that the clock is ticking on Twitter. And that either Dorsey or whoever buys it had better finally come up with some real answers to its myriad problems. 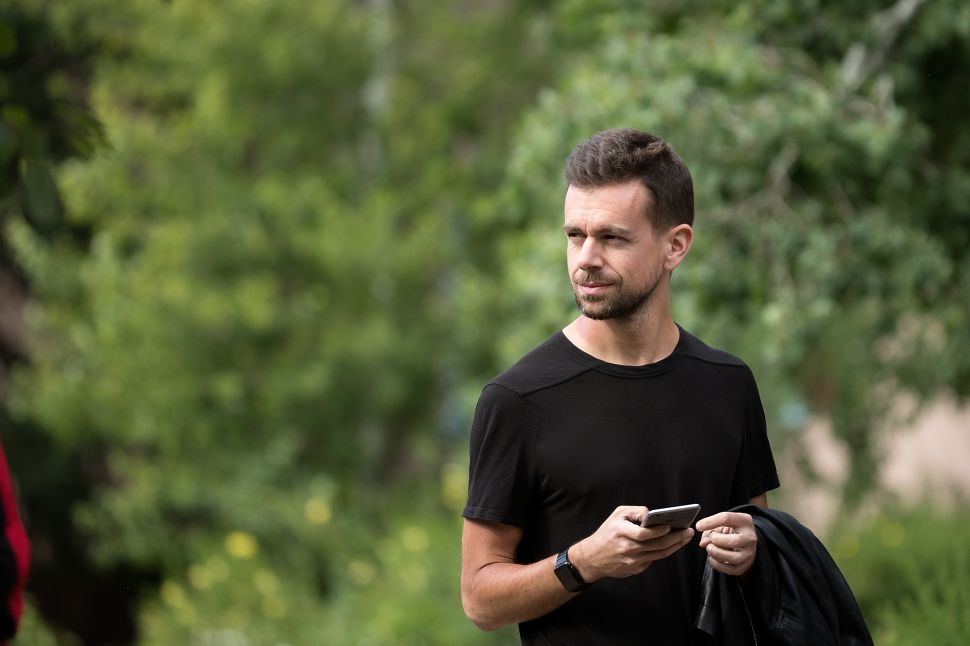