A young man who compulsively played World of Warcraft for 12 hours a day came into his office. He had lost touch with reality after spending so much time in the virtual world, and so thought the office was another level in the game. The boy ended up being sent to a psychiatric hospital.

“I saw the digital scourge impact him in a way that looked not only like clinical addiction but psychosis as well,” Kardaras told the Observer. “This digital psychosis is a strange new phenomenon we haven’t really dealt with.”

Kardaras has spent the last decade examining young tech addicts, and the result is the book Glow Kids: How Screen Addiction Is Hijacking Our Kids—and How to Break the Trance, which will be released August 9.

Video games, computers, cell phones and tablets are all “digital drugs” in Kardaras’ estimation, and there is more and more evidence to back him up—recent studies have shown that electronics activate pleasure circuits in developing brains. The amount of dopamine in the brain doubles (food and sex have the same effect) while the amount of gray matter shrinks, compromising the frontal cortex (the decision-making center of the brain). This leads to delays in neurological development and verbal intelligence.

“An MRI of a tech addict and an MRI of a drug addict are the same—they both neurophysiologically affect the brain,” Kardaras said. “Digital media is a continuum, just as substances are.”

Having observed roughly 1,000 teenagers over 15 years, Kardaras has noticed some societal changes.

“Ten years ago patients could keep their phones in their pockets,” he said. “Now that’s almost impossible. Kids lose their innate sense of curiosity when they’re constantly stimulated.”

One rapidly growing engine of stimulation is elementary schools—many of these institutions have purchased iPads for children to use in the classroom. Educators may think they’re helping children, but Kardaras actually links this increase in digital learning with the statistic that one in 10 children has Attention Deficit Hyperactivity Disorder (ADHD).

“This false narrative that devices are educational hides the fact that they stunt a child’s neural development,” he said.

One of Kardaras’ patients went into full body convulsions when her mother took her phone and laptop away. She then repeatedly uttered the phrase “I’m gonna be alone” and threatened to hang herself.

Kardaras said that when he confronts parents with this information, they often respond that they grew up watching television and playing arcade games and they turned out fine. But he rejects this comparison.

“An iPad is qualitatively different from a television,” Kardaras said. “TV is passive stimulation, while iPads are immersive and interactive stimulation. And the level of realism is different: Pac-Man is not Call of Duty.“

When parents do try to take electronic devices by force, children sometimes get aggressive—one of Kardaras’ patients went into convulsions when her mother took her phone and laptop away. She then repeatedly uttered the phrase “I’m gonna be alone” and threatened to hang herself, at which point she was taken to a psychiatric hospital..

Another danger is that digital addicts will harm others, not just themselves. After Adam Lanza shot and killed 26 people (including 20 children) at Sandy Hook Elementary School in 2012, investigators discovered that he had prepared for the massacre by playing video games about a school shooting, and about a civilian shooting of women and children at an airport. He had notched 83,000 virtual kills, including 22,000 head shots.

“I can’t believe Adam Lanza’s gaming influences weren’t more focused on,” Kardaras said. “He was in a bunker, playing violent video games in which children are crawling in their own blood.”

Kardaras blames the video game industry for not publicizing that its products, like cigarettes, have addictive potential.

“It’s a multibillion dollar industry that has a financial stake in creating addictive product and making sure this information isn’t out there,” he said. “The gaming industry is quick to defend themselves against collateral damage.”

Countries have proposed various solutions for combatting the influence of electronics on young people—China and South Korea offer rehabs for tech-addicted teenagers, though Kardaras described them as “draconian prison camps,” where children wear fatigues and perform military drills. The PBS documentary Web Junkies took an in-depth look at these facilities:

Kardaras instead advocates withholding screens from children until their brains are more developed, at roughly 10-12 years of age.

For children who are already addicted, however, a doctor’s visit will not fully solve the problem.

“Once a child has gotten to a hyper-aroused and clinically addicted state, you just can’t lower the thermostat and fix that in a one hour therapy appointment,” Kardaras said.

While he said that tech addiction protocols are not fully in place in the United States, Kardaras personally advocates nature-based camps such as reSTART in Seattle, where children live tech free for 30 to 90 days.

Kardaras is stepping up his own advocacy in conjunction with the book’s release—every copy of Glow Kids will include a School Technology Opt-Out Letter, which allows parents to “take back control over their child’s exposure to digital media.”

He and his team are also lobbying for legislation to put warning labels on electronic devices. These labels would warn that excessive screen usage by children can lead to clinical disorders.

“We want to be the Paul Reveres of digital impact on children,” Kardaras concluded. 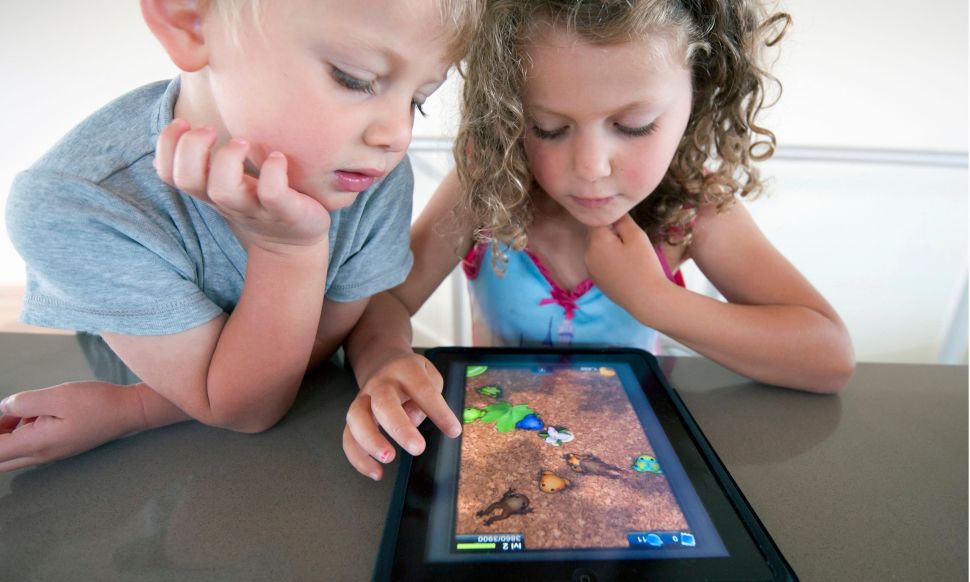