Sorry Bret Easton Ellis, HBO’s The Night Of did not eradicate the “notion of the 2-hour American theatrical movie.” Two hour films exist for a reason, and that reason is to cut out entire subplots devoted to eczema. But what The Night Of did was come to an end last night, not with a bang but with a meow, and when the dust settled Nasir Khan walked out of the courtroom, out of Rikers, out of all this, a free man.

And then life went on.

That’s the most interesting aspect of The Night Of‘s season finale, “The Call of the Wild,” is that with 20-or-so-minutes left in its extended runtime Naz’s murder comes to its thudding conclusion–the jury came to an absolute deadlock, 6 against 6, and Helen Weiss decides against a retrial. A single day later, no one in police lockup cares about Nasir Khan. Rikers has a fresh class of inmates. The media moves on to the next pretty corpse, the latest cover-worthy murder. John Stone is back to taking calls from prostitutes and drug dealers, charging them $250, cash only. The events of The Night Of changed the lives of its characters irreparably, every one of them, but life doesn’t stop so you can catch up to your character development.

The real bombs dropped during the quiet moments, after the trial. The Nasir family attempting to have a normal family dinner with the son who isn’t their son anymore. Naz’s brother shooting glances at the bulky tattooed stranger sitting at the table. Poorna Jagannathan–who has been putting in one of the year’s most heartbreaking performances with roughly six lines of actual dialogue–continues to shine as she stands away from the table, in the kitchen, her face melting from gleeful excitement to sinking realization. There will never be that certainty that her son isn’t a murderer, never an understanding of what happened from the time Naz was arrested to the day he was released. Later, when Naz and his mother sit side by side on Naz’s old bed, they may as well be seated on different planets. “You thought I killed her,” Naz says.

“Okay, mom,” is the reply, and it is crushing. For her. For us. Even for Naz, who leaves his childhood bedroom to score the drugs he got hooked on in jail. Under the lights of the Washington Bridge, the same lights that illuminated him and Andrea, Naz sits in a life he no longer belongs to, that nevertheless moves forward like the Hudson below him. In that aspect, creators Richard Price and Steve Zaillian crafted a beautifully done ending, one which remembers the end of a season is not the end of the world. It’s the road we took to get there that has its fair share of reasonable doubt.

One of my favorite parts of The Night Of‘s courtroom scenes is how damn stuffy they feel. They’re always quiet, save for some background coughs or a seat shuffle or two. And that’s great. Outside the confines of Law & Order or a cleverly edited documentary, courtrooms are intensely boring. The legal system is not WWE. Rarely does anyone shout, or pull a weapon, and even objections are usually asked for politely. And that last second AHA light-bulb moment occurs far less often than someone simply fucking up and sending a client to jail for the rest of their lives. I believe a young, clever lawyer like Chandra would put Naz on the stand to get absolutely demolished by a veteran like Weiss. I believe a judge would see the surveillance video of Chandra kissing Naz as the ploy it was, and go ahead as planned (last minute plot twists don’t phase over-this-shit judges played by HBO’s go-to finale actor).

I also believe John Turturro put in a stellar performance during Stone’s eczema-covered closing arguments, a passionate, moving plea good enough to earn at least six votes of confidence from the jury. But is that the same John Stone this show set up over eight episodes?

Sure, Stone is passionate when he wants to be, at least partially kind-hearted and genuinely cares for Naz’s well-being. Stone was set up to be a lot of things…but a lawyer who could win Naz his freedom with a single speech is not one of them. That was Stone’s drawback; he was always exactly what the show needed at any given time. When he needed to be a schlub, he was a schlub. When he needed to be a detective, he was chasing suspects through warehouses and sniffing out leads. When the show needed tension, he spent the night before the closing remarks in a hospital due to a severe eczema outbreak. But then, in the final hour, when Naz needed to go free the show forgot everything and suddenly John Stone is Atticus Finch with a skin condition. Where did that come from?

I guess you could argue it came from the heart, a “he had it in him all along” situation, but this flies in the face of The Night Of‘s entire aesthetic. The show just doesn’t succeed when it gets sentimental. Yes, thanks to some security footage that definitely should have been looked at earlier, Detective Stone finds a much more likely suspect in Andrea’s murder: her financial adviser Raymond Halle. But it never definitively puts the knife in Halle’s hand. And isn’t that more jarring, more terrifying, more real? That there exists a possibility six people just released a murder, and an equally possible scenario six people almost sent an innocent man to jail? With The Night Of‘s conclusion, the moment someone stabbed Andrea 23 times is, as Weiss astutely points out, redacted forever. A black mark, with God-knows-what underneath. And it’s in that blackness The Night Of  found its truth. 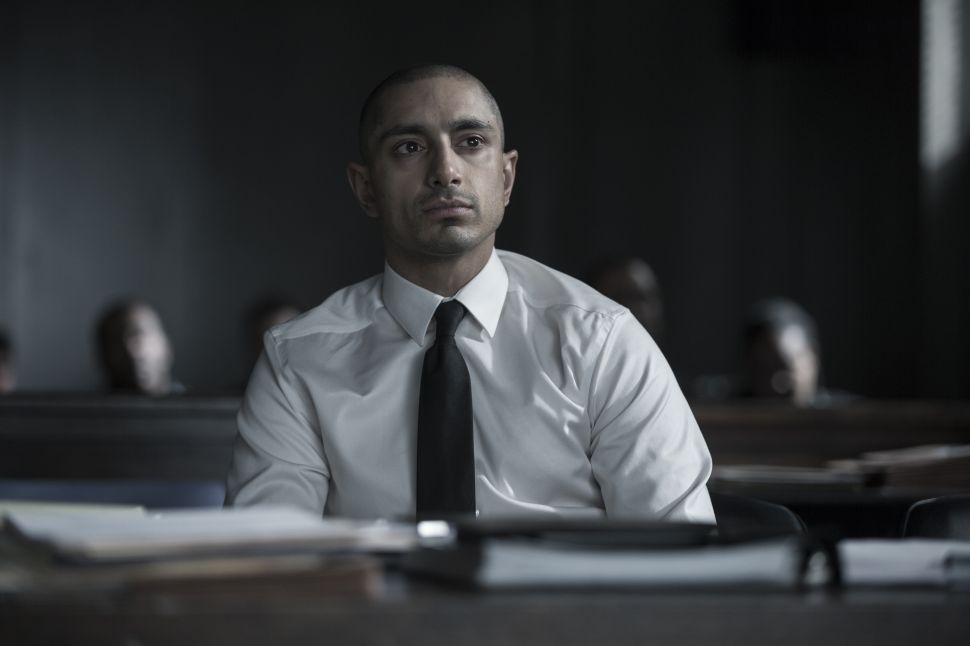 Filed Under: Entertainment, TV, TV, recap, HBO, The night of