Everything fitness, from must-try classes to new athleisure lines.

Flow harder, better, faster, stronger: The West Village’s Modo, best known as the yoga studio where Arcade Fire violinist Sarah Neufeld performs while you practice (she was recently spotted at Panorama), is hosting a two hour workshop on Saturday, August 27 for everyone looking to perfect their Crow pose. The purpose of the workshop is to work on the most intense postures, so you might want to pass if you’re most comfortable in Child’s Pose. via Modo Yoga.

Trade the kids for a mermaid braid: For mental health purposes, hair and makeup app Priv is offering a discount for busy city moms. Simply use the code hellopriv for $20 off of Hello Sitter and Priv at the same time, and then enjoy an evening out with a smoky eye and casually tousled hair. It’s like Seamless, only for babysitters, manicurists and makeup artists. via Priv.

Keeping up with the Olympics: The innovative founders of theSkimm have rolled out an Olympics calendar on their Skimm Ahead app, so you never miss another gymnastics meet. It will integrate into your already jam packed iPhone calendar to provide regular updates about the events you actually care about. via theSkimm.

Head to celebrity boot camp and survive on almonds alone: NYMag’s Allie Jones did some serious investigative journalism by spending a few days in Malibu with B-listers, eating almonds, apples and carrot sticks, while walking for miles in the wilderness. If that sounds like a glamorous retreat, then The Ranch 4.0 is for you. You never know which celebrity ex you’ll run into (spoiler alert: in this case it was Lea Michele’s). via New York Magazine.

Surf Nicaragua: Mukul Beach Golf & Spa, Nicaragua’s very first luxury resort, is commemorating Endless Summer with their new surf program. To celebrate the 50th anniversary of the film, they’ll be selling custom surfboards and showing the film directly on the beach, while you waste away in your overly air conditioned office. If you’ll never be a surfer, despite watching Blue Crush far too many times, they’re also rolling out yoga retreats in October. via Mukul. 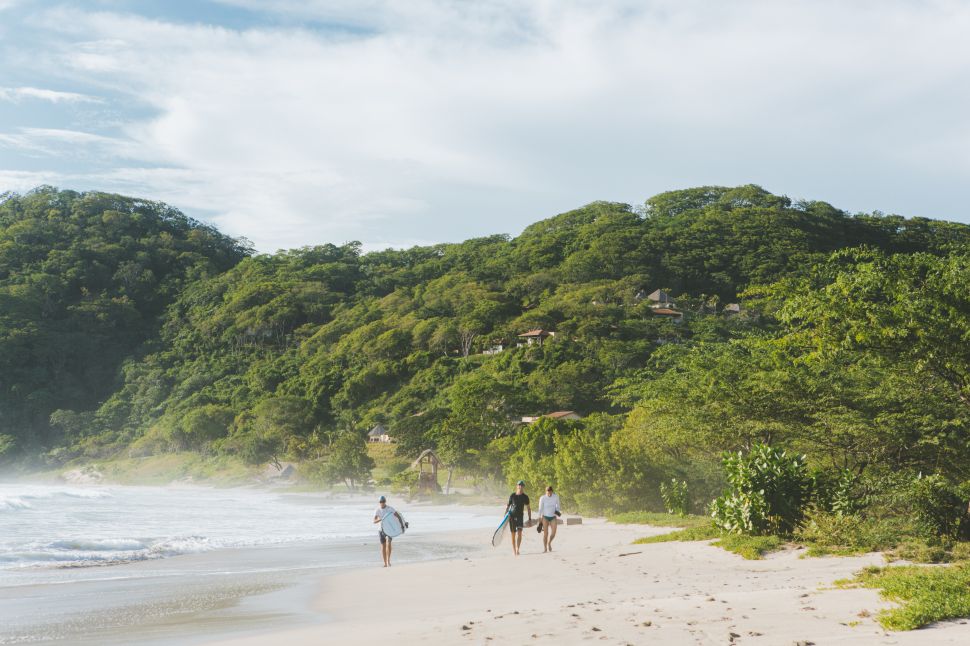