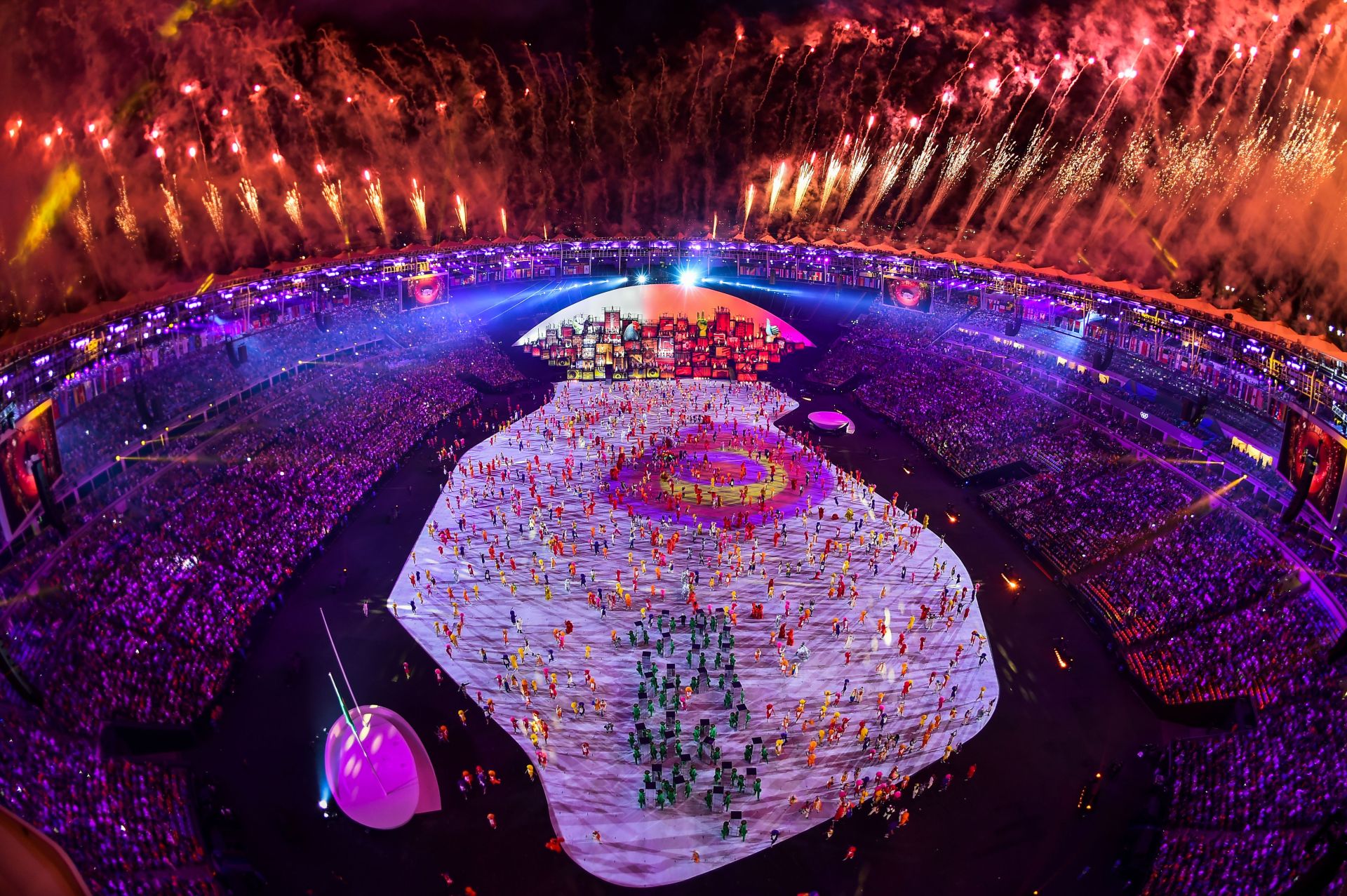 At the beginning of this video, you feel like you’re sitting in the stands. Looking forward, you see the performance, and if you turn around, you see more spectators in seats behind you. Some are cheering, while others are looking at their phones snd moving around. As the video goes on, your position and point of view changes. Suddenly, you're in the middle of the performance with people dancing all around you. People are climbing on what appear to be shelves and tossing boxes from one person to the next on all sides of you, and even seemingly over your head. While the video quality is not amazing, everything looks very real and not like a picture or video. Lights look like lights, and the fireworks look like fireworks. When you're on stage with dancers around you, you feel like you can reach out and touch them. And when it’s time for the teams to run out for their grand entrances, you view this up close and personal from the floor. 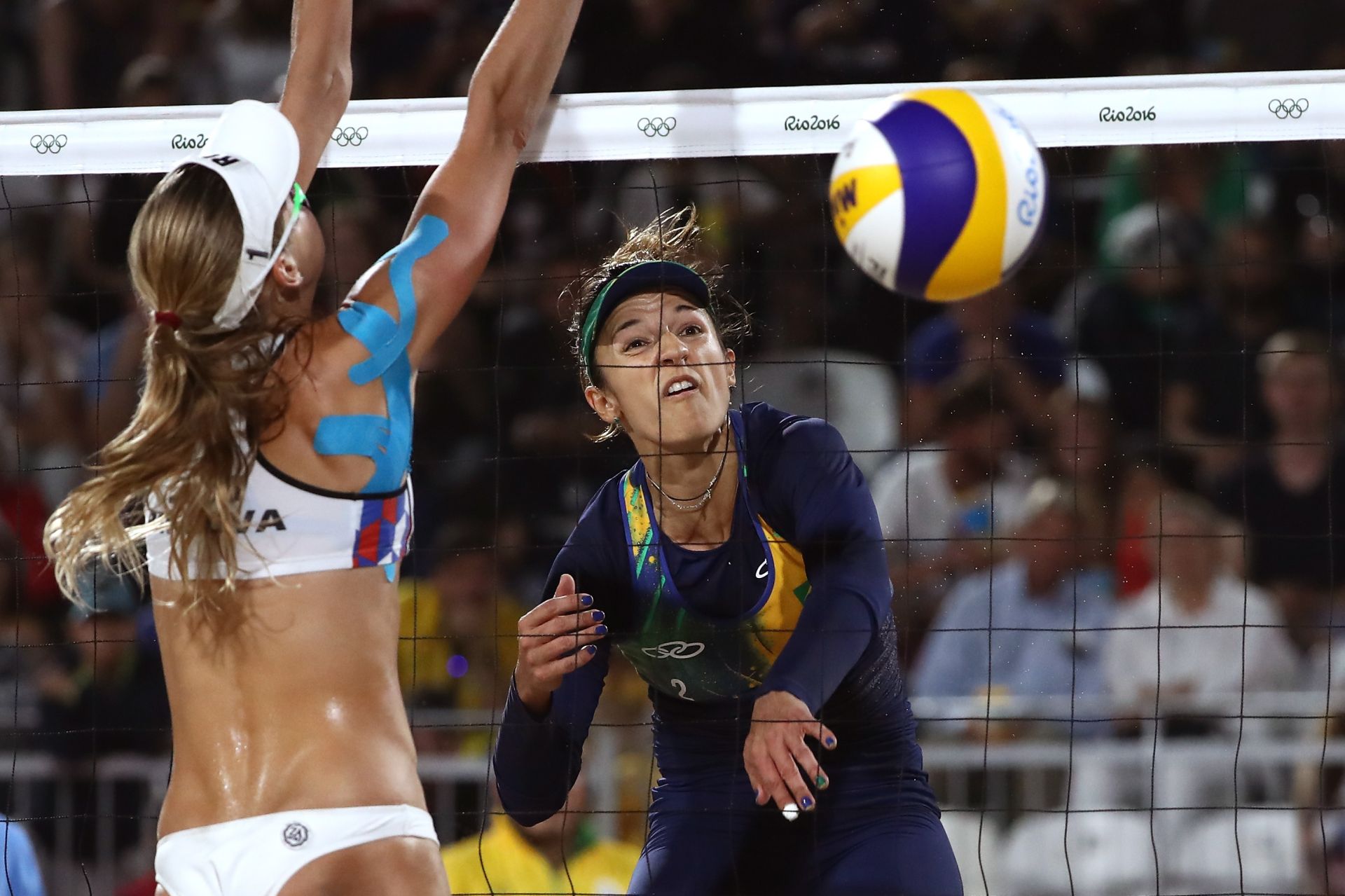 You start off with the best seat in the house—center court right on the edge of the sand. You're actually in the pit with the players' benches and videographers and not even in the stands. Then, you’re moved around so you can see the game from different perspectives. If you look down, you'll notice a scoreboard with the names and countries of the players as well as the score. If you look around, you'll see fans cheering from every direction. When a point is scored and the crowd goes wild, you feel so immersed and like you should be shouting too. 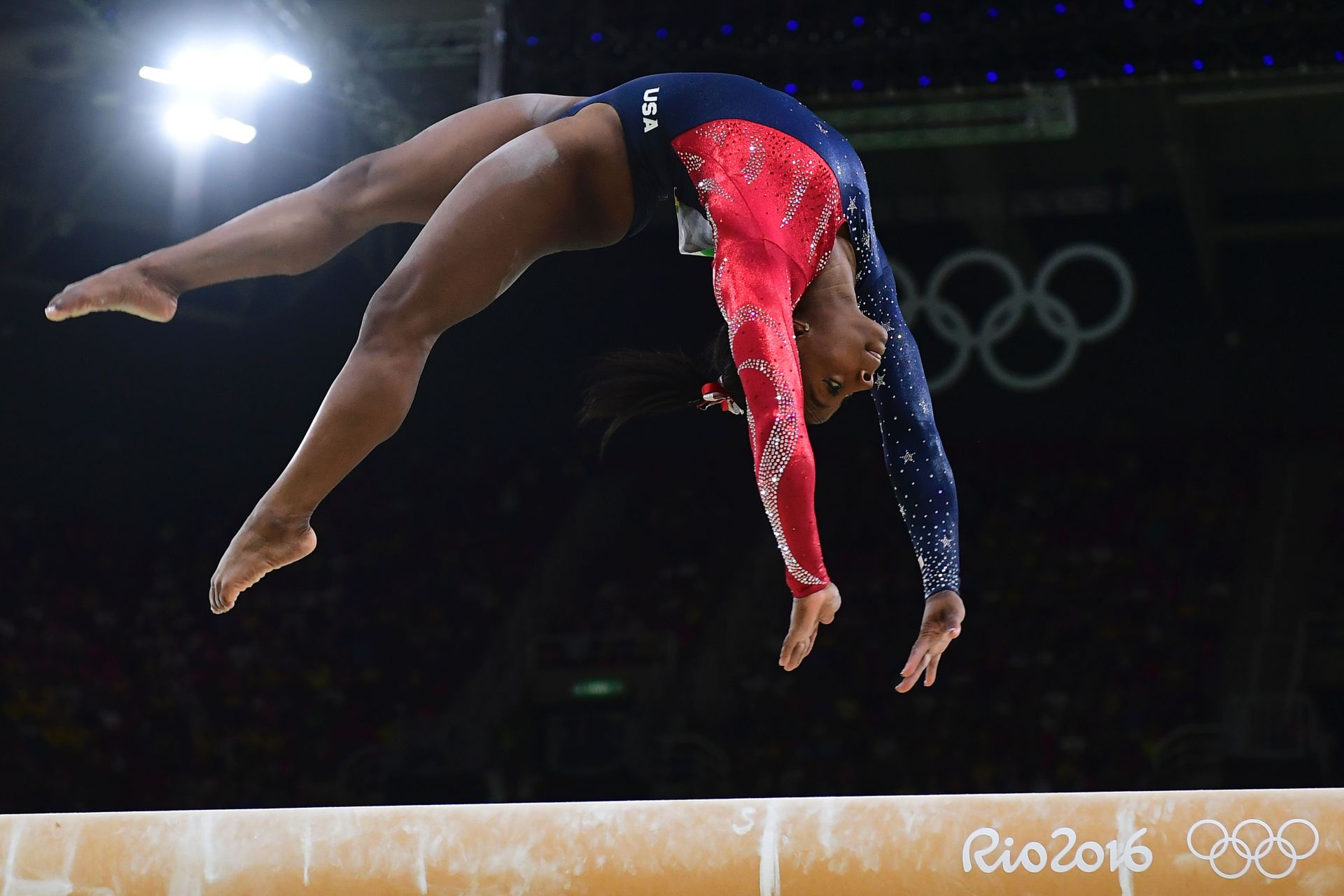 Both the men's and women's all-around are available, and we'd argue this event is definitely the most rewarding to watch in VR. For each event, you're stationed on the corner of the mat. For the floor exercise, this is especially cool, for it looks like the gymnasts are coming right toward you during their tumbling passes. The men on the rings seem so close that it feels like you're only a few feet from getting hit by their swinging limbs. With all the swinging and flipping at arm's length, it's like you're front row at the circus during the part where the elephants lift their trunks right over the spectators. Another thing that is especially interesting about watching gymnastics in VR is that you get the view and understanding of the arena that you don't really see on TV. Most other events take place on a single field in a single stadium where one event is happening at a time. Gymnastics has the floor, beam, vault, uneven bars, rings, pommel horse, parallel bars and horizontal bar, and people could be competing in up to five of these events next to each other simultaneously. You can see it all at once in VR. During a portion of the women's highlights, for example, you're in between the floor and vault while the beam is straight ahead and the uneven bars are behind you. No matter which way you look, competition is happening. 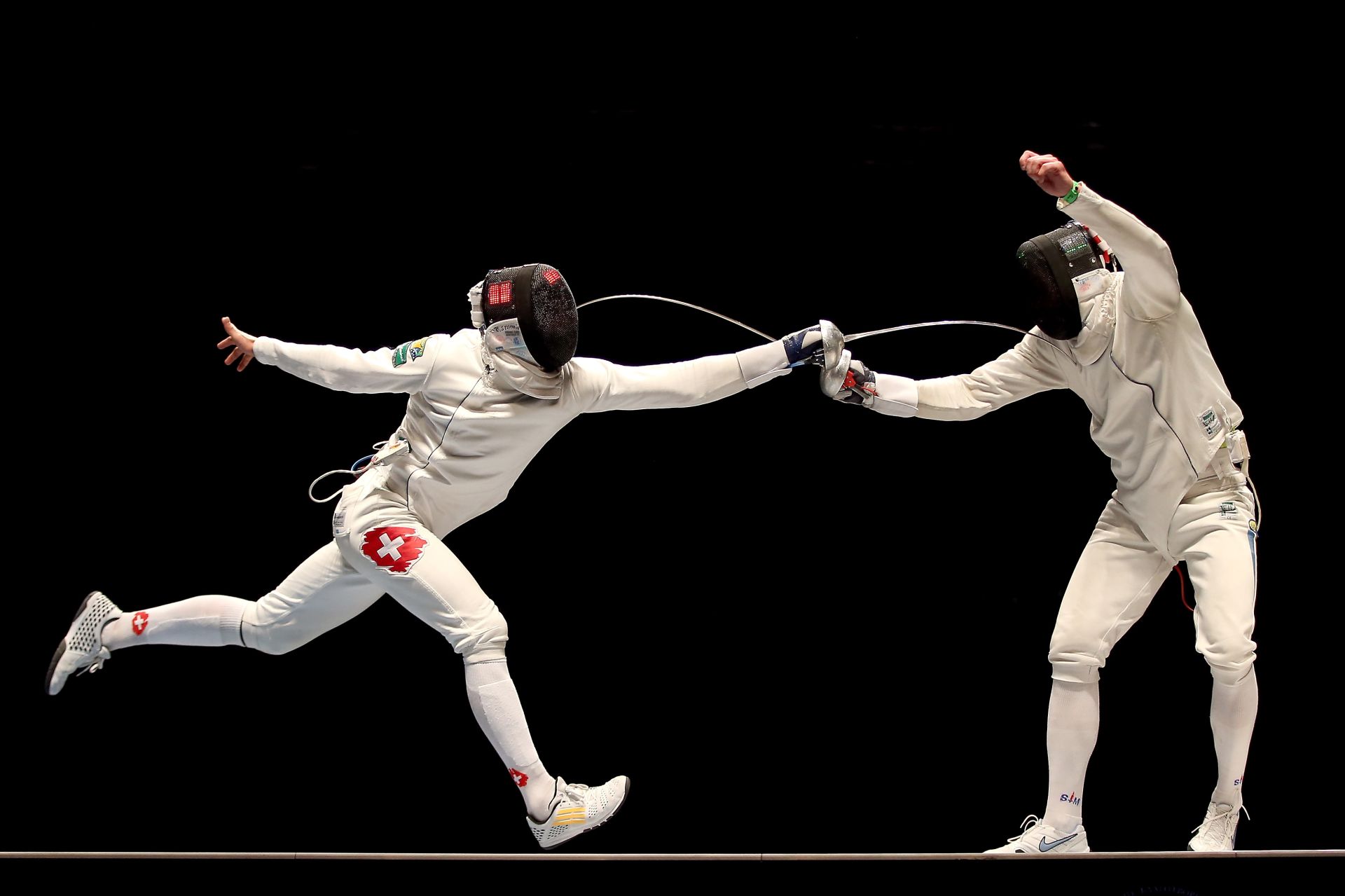 Like with the gymnastics, the fencing VR video puts you right in the middle of the action with matches all around you. But other than that, this is far from exciting to watch in VR because 1) there just isn't much movement or action in general with the sport and 2) the lighting in the fencing arena makes it so you can see nothing but the mat, the competitors and the scoreboard. With other sports, you can see the stands, fans, judges, photographers, clouds and so much more. With fencing, it feels like you're watching in space. 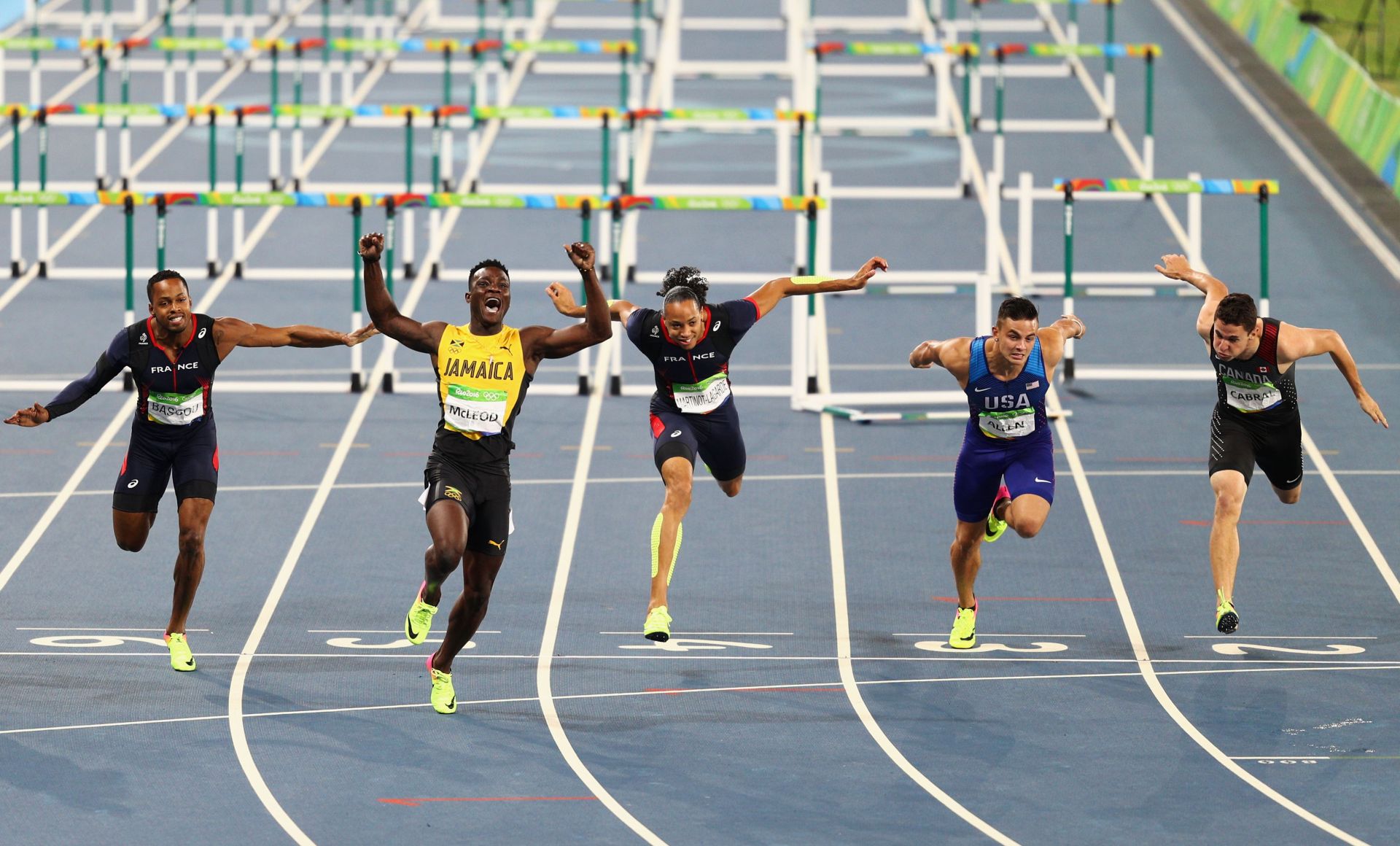 Your placement is on point for every event featured in the VR track and field coverage. For the pole vault, you're right where the competitors stick the pole and practically underneath the bar. For javelin, you are where they release and are able to follow the throw all the way to the end. For the high jump, you're placed behind the mat, so the jumpers run in your direction and land right in front of you. The hurdles are especially cool to watch. You're placed toward the beginning of the race and have to turn in order to see it finish. The same applies for other races like the 100 meter, 400 meter and 800 meter. 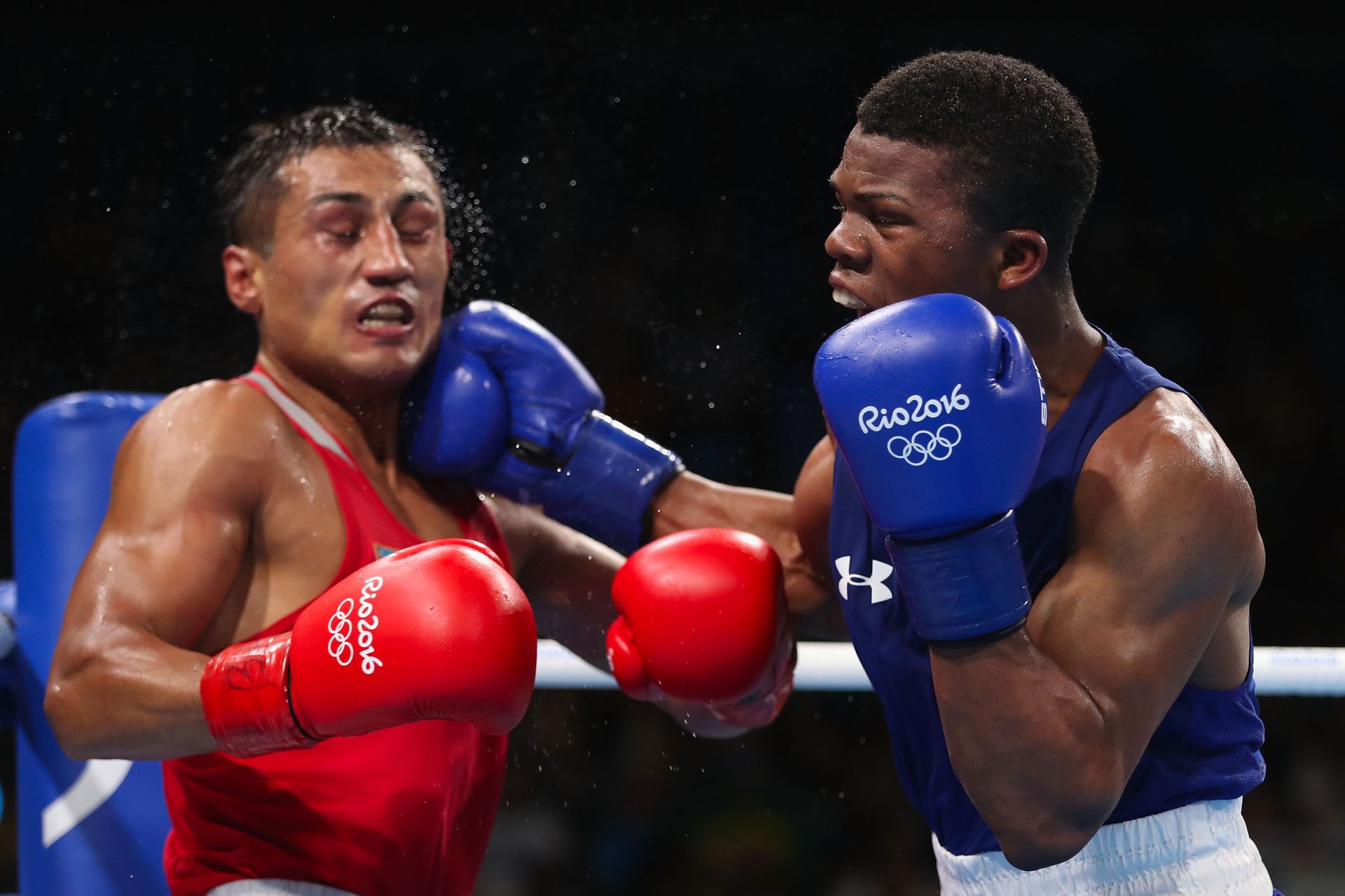 When you watch the boxing coverage, you’re right outside the ropes. Most of the time your view is set lower, so it’s truly like you’re sitting in a chair ringside and looking up. It's so realistic that when the boxers get really close to your edge of the ring, you almost feel yourself getting ready to lean back as if you're subconsciously thinking you may get hit. The fact that the ropes move slightly toward and away from you when the boxers bounce off them doesn't help that feeling. 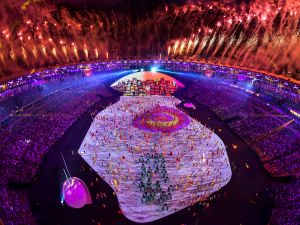 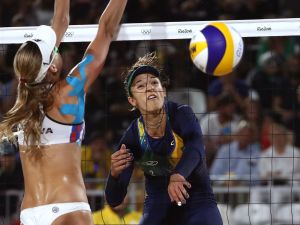 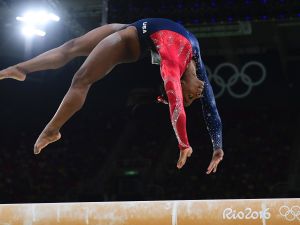 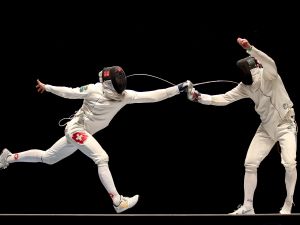 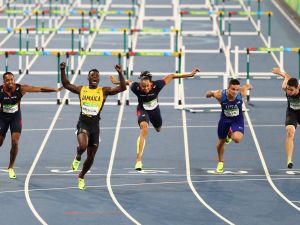 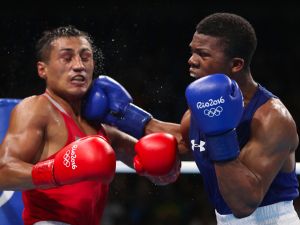