What are the most exclusive app daters looking for when they start swiping? The League, a competitive app meant for users who are looking for people from a similar background, recently released their data. It’s not the most elite app–that’s Raya, where Joe Jonas (unfortunately, not Nick), Alexander Wang, Sharon Stone, Bob Saget and Diplo, have been spotted. Still, The League boasts about its a wait list of 100,000 people, eager to upgrade from their typical Tinder options.

Those interested in joining The League must be approved based on their profile picture, college, and work history. The information is synced using LinkedIn and Facebook, so there can’t be any cat fishing. After applying (it helps if you’re granted access from someone who’s already a member), it’s easy to control the settings and make matches even more exclusive. Everything is adjustable, including age, height, distance, ethnicity and religion. While other apps allow users to customize, The League focuses on education, where “highly selective” is an option for those hunting down Ivy Leaguers.

Every day at “Happy Hour,” users are given four people to swipe through, who should supposedly meet their preferences. (Although “highly selective” colleges aren’t necessarily top-ranked, according to the app.) There are also community groups and events to join, including a ’90s Booze Cruise and a Caribbean Night Skate Party in Brooklyn. While thousands of people join the groups, it’s unclear how many actually attend and meet up.

The startup recently revealed data to Forbes, showing exactly how picky their users are. They examined who the users “heart” (their equivalent of a Tinder right swipe) most. There’s a median age of 28, almost everyone is straight and 99 percent of users have a college degree. Women were looking for tailored suits, outdoor settings and men who worked in finance, medicine or real estate and who were about 29 years old. Women cared about an exclusive education far more than their male counterparts. Men wanted younger women, around age 25, who worked in education and communication. And while there were Brooklynites, the most attractive neighborhoods are all in downtown Manhattan.

It sounds like The League is taking their information from Bachelor in Paradise, where the women tend to be about 23 and the men are a decade older–especially since the analysts realized that women with long hair seemed to have the most success on the app. Women were also well liked when they wore white dresses in their profile picture. The ladies of New York better start growing out last summer’s lob and investing in wedding gowns for app dating.

The League’s one positive? Although it’s not Bumble, where women are required to send the first message, women are still strongly encouraged to reach out. There’s no difference in reply rates when a woman messages a man first, and they even found that those conversations were most likely to end with a phone number exchange. Hopefully, though, the woman has long, princess-like locks and a flowing white gown, to guarantee a date. 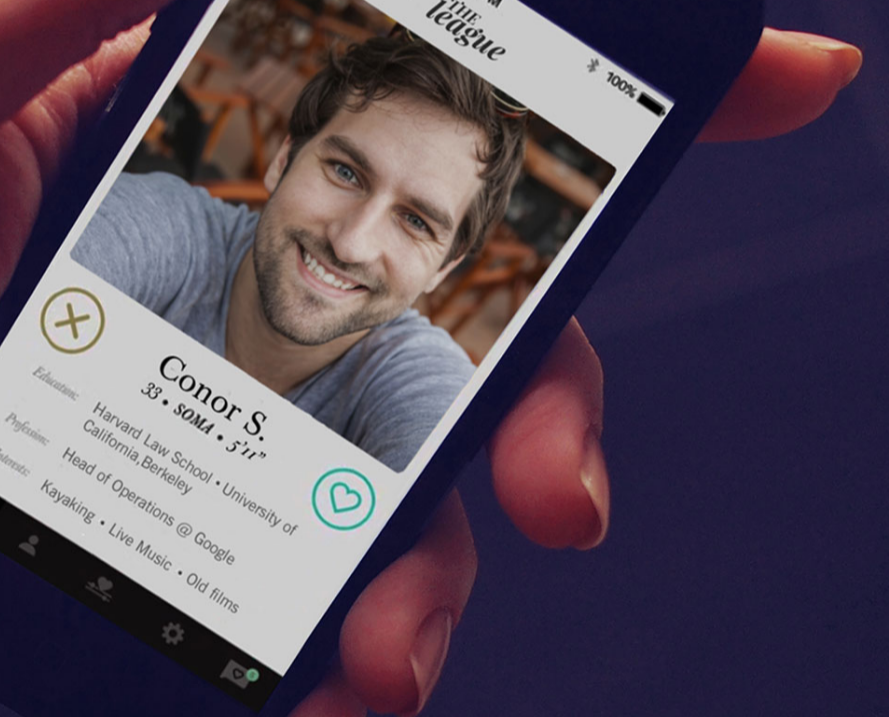