The first thing one notices upon entering the Yazidi refugee camp is the children. They seem to be everywhere—chasing each other between the UN tents, playing games in the dirt, climbing trees clinging to life in the unwatered soil.

As I arrived at the camp in the north of Greece, a portable toilet was being delivered. I helped move it into place, then began speaking with residents. Though my job was to learn about their current medical needs, every conversation veered off course. The refugees were desperate that the outside world understand what ISIS had done to them. Men were killed outright, as were women deemed unworthy of saving. To be “saved,” as a Yazidi female, was perhaps the worst fate of all. Attractive women and girls of were rounded up and sold as sex slaves.

An old man spoke of how ISIS drove into his village one afternoon. They gathered male elders over the age of 70, nineteen of them in all. The black-clad fighters lined the men against a wall and shot them one by one. Sixteen were executed. Then, while the fighters paused for a break, the remaining three old men somehow slipped away. At night, they returned to recover the bodies of their friends.  But the dogs had already gotten to them. This was the only time the old man cried—when he told me he had not been able to bury his friends. In all, ISIS murdered some five thousand Yazidi men and enslaved thousands more women. Those who could escape found refuge where they could. Some 500,000 Yazidis were driven from lands inhabited by their people for thousands of years.

My interviews were interrupted by an elder requesting that I perform a medical check on an old woman. I suspect he asked as much out of pride as concern—the woman, he beamed, was 116 years old. I had no way of verifying that, but if people can live to be 116, I now know what they might look like. The woman sat cross-legged on a bed, a shawl around her head. She could not have weighed more than seventy pounds. She was blind, both eyes clouded by cataracts. But she could still hear, and smiled as we approached. As I examined her, she told her story, and it became clear that she was more to her people than an old woman—she was the repository for a culture on the verge of extinction. Since fleeing their ancestral home, the Yazidis had carried her, mostly in their arms, every step of the way.

A commotion drew me outside. Several vehicles pulled up in front of the camp, and a crowd gathered around a female figure stepping from the lead car. Women touched her clothing with an almost religious reverence. Men approached, prayer beads in their hands and tears in their eyes. The object of their attention was Nadia Murad. Over the past several months, she has become the outward face of the Yazidis, a reminder to the world of their suffering. Two years ago, at the age of 21, her village was attacked by ISIS.  Six of her brothers were murdered. She and other women were taken as sex slaves. Her mother, deemed undesirable, was killed. Nadia was forced into a “marriage” in which her new husband repeatedly beat and raped her. After one failed escape attempt, Nadia was sexually assaulted by six ISIS guards until she lost consciousness. Fellow female prisoners, subjected to the same horrors, killed themselves to end their own suffering.

Nadia miraculously escaped, and recently testified before the UN Security Council about what happened to her. Everyone in the camp knew her story. And many wanted Nadia to know theirs. Resident after resident came forward. Mothers had witnessed their children being murdered. Children had seen their parents shot. Through it all, Nadia listened, embraced, and consoled. Then, she entered the camp to meet with the old woman. I was invited as well. I hesitated. It seemed intrusive. I was an outsider. But I suspect that was the point. My hosts wanted an American to serve as witness.

In every other camp I have visited, refugees talk of one day going home. That can never happen for the Yazidis.

Nadia approached the old woman, reached out her hands, and began to speak. At the sound of Nadia’s voice, the woman beckoned her closer. As they embraced, both came undone. Nadia wailed. Her comforter began to weep. Nadia had been the picture of strength and composure, but in this room, she could no longer contain her grief. I wept too, though I felt I had no right.

For a long time, we stood around the bed. I did not need a translator to tell me what passed between these two women. One, a centenarian vessel for an entire civilization’s wisdom and suffering. The other, an envoy to the world, sent to ignite its conscience. Both bearing the weight of what their people had endured. In every other camp I have visited, refugees talk of one day going home. That can never happen for the Yazidis. The brutality that drove them here was utterly complete. Their homes were burned, their worship houses defiled, their faith vilified. When ISIS targeted their ancestral lands in northern Iraq, the Sinjar mountains became the Yazidi’s last stand. The world watched as ISIS closed in, intent on finishing the massacre begun in the villages. At the last moment, a U.S.-led air campaign prevented their extinction, and the siege was broken by Kurdish fighters on the ground. Mount Sinjar was evacuated, the fleeing remnants of this civilization dispersed, and four hundred Yazidis wound up here, at a dusty camp in the north of Greece.

Now, their culture hangs in the balance. Its survival depends on an ancient woman who can neither see nor walk, but can remember all too well. It depends on a saint like Nadia Murad, who wanted nothing more than to become a school teacher in the shadow of Mount Sinjar and now carries the weight of her people’s grief. And ultimately, it depends on us, on whether the world awakens to the suffering of the Yazidis, or lets it count for nothing.

Ken Harbaugh served as a medic in refugee camps in Greece.  He is the author of the forthcoming memoir, Here Be Dragons. 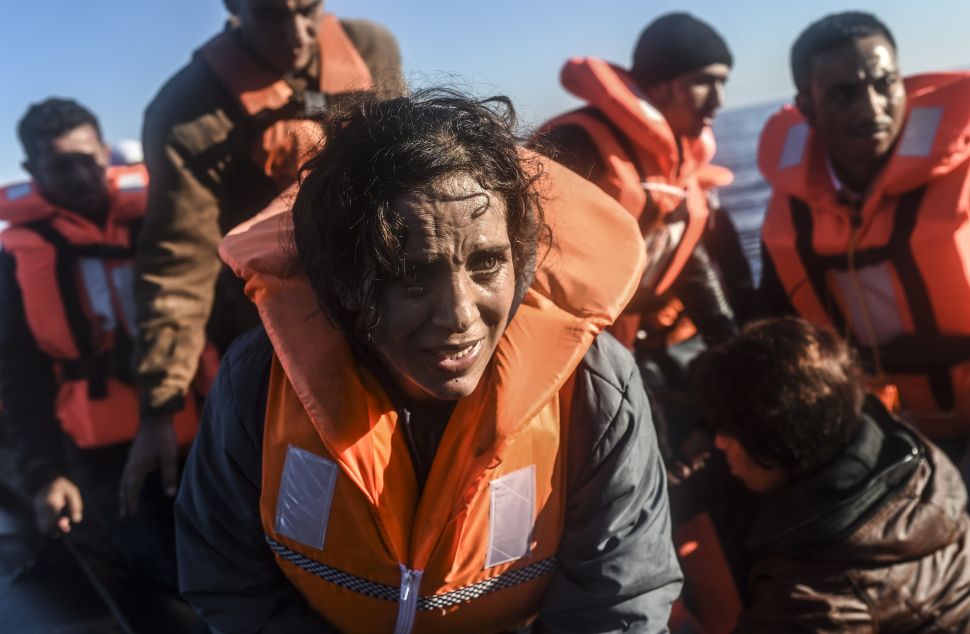