It was on the very last day of the Television Critics Association multi-week press tour– when spirits were low and energy depleted–that CW’s comic-book hero slate appropriately swooped in to save the day. The showrunners and executive-producers of Arrow, The Flash, Legends of Tomorrow and recently-acquired Supergirl arrived bearing no shortage of news, tidbits and teasers for the next chapter of DC’s small-screen heroics:

Arrow and The Flash E.P. Andrew Kreisberg clarified that there will be a storyline reason for otherwise sane costumed heroes spontaneously breaking out into song. “It will probably be an element of being inside a character or characters’ head,” he noted. 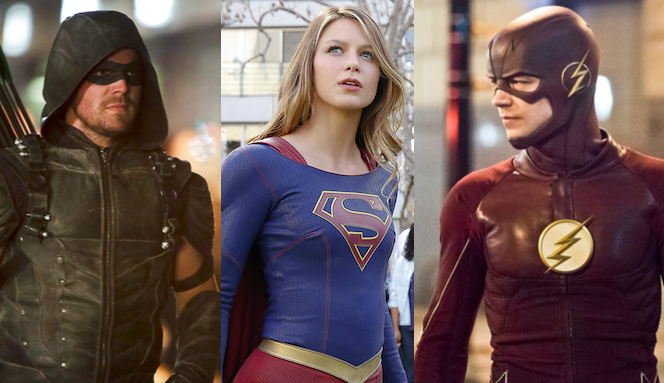