The Baltimore District Attorney just dropped all charges against the six police officers indicted for the death of Freddie Gray, the young man who died of neck and spinal injuries suffered while bouncing in the back of a police van. Racial tensions are high in Baltimore, as well in much of the rest of the nation. What we do – not just to reduce those tensions but more importantly to address the underlying reasons – would be enhanced by understanding a bit of recent, relevant history. History that has an important connection to Baltimore today.

Next October, the USS Zumwalt, the Navy’s most advanced warship, will be commissioned in Baltimore harbor. It is at once a futuristic, stealthy, guided missile destroyer, and a symbol of equal opportunity for all races and sexes. The ship is named for Admiral Elmo R. “Bud” Zumwalt, the man who made full integration of the Navy – for blacks, women, Hispanics, Philippinos – a reality in 1970. Not 1870, but just 46 years ago.

Admiral Zumwalt was the Chief of Naval Operations – the head of the Navy – from 1970 through 1974. He was the youngest admiral in American history, and selected as CNO over 33 more senior officers. Part of the reason for his selection by President Nixon was his success in reducing the casualty rate among sailors serving on Swift boats in Vietnam — from 80% to under 10%. He did it by defoliating the thick growth along the riverbanks of the Mekong delta that North Vietnamese and Viet Cong soldiers were using for cover. Sadly, the chemical used – Agent Orange, which the chemical companies told Admiral Zumwalt was not toxic to humans – caused cancer and killed the Admiral’s son, a Swift boat commander.

The Navy of 1970 was an all-too-often unhappy organization, rife with racial tension. President Nixon was determined to convert from a draft to an all-volunteer force, and the pressures on the Navy were increasing. So, when Admiral Zumwalt took over, his impact on the people, their life in the military, and most of all the values were a shock to the system. It was every bit as great as the transition from sail to steam or the introduction of the aircraft carrier. That’s because he truly integrated the Navy, giving blacks and women full and real equal opportunity.

At the same time, Admiral Zumwalt was determined to make the Navy a happier and more productive place. He did away with “Mickey Mouse” regulations that were more a function of tradition than sound management practice or important to military readiness. And not surprisingly, these changes – including an end to discriminatory housing policies and job restrictions based on race, sex, and national origin – were controversial, indeed often resisted or subverted by traditionalists. When Admiral Zumwalt appeared on the cover of Time magazine, it was with a headline that said he was “Determined to drag the Navy kicking and screaming into the 20th century.”

Race relations deteriorated before they improved. There were race riots aboard two aircraft carriers, the Kitty Hawk and Constellation in 1972, and a black sailor was court-martialed – and acquitted – of sabotaging the main engine on the carrier Ranger.

But race relations and morale did improve. Admiral Zumwalt was famous for listening carefully and with an open mind; thinking logically; not being afraid to take risks or buck tradition. He implemented his Navy-wide changed through directives dubbed “Z-grams.” And he not only expected his reforms to be implemented quickly and fully, he led by example. He appointed the first black admiral and the first woman admiral. He admitted women to the Naval Academy and allowed them, to become Navy pilots.

And despite the critics, traditionalists, and knuckle-draggers, the reforms took hold and prevailed. This was not affirmative action; it was equal opportunity and merit.

Today, the Navy is a remarkably effective organization. It also happens to be, like the other branches of the military, diverse. It is a meritocracy that should serve as a model for many other institutions in our divided nation.

Sadly, most young sailors have no idea who Bud Zumwalt was, or what his impact on the Navy, their lives, and the nation was. They are probably familiar with the ship that looks more like a Star Trek spin-off than a traditional guided missile destroyer; and may even know that the first commanding officer is named Captain James Kirk. (Seriously.) But they have no appreciation of the legacy of the man for whom this warship is named.

That needs to change.

The commissioning of the USS Zumwalt should be what great teachers call a “teachable moment.” It should begin with the Navy and extend to Baltimore, and then to the rest of the nation. Young people must understand that equal opportunity is the basis for racial harmony. And the example that Admiral Zumwalt set should be a lesson for us all.

Steve Cohen was a plebe (freshman) at the Naval Academy when Admiral Zumwalt became CNO. 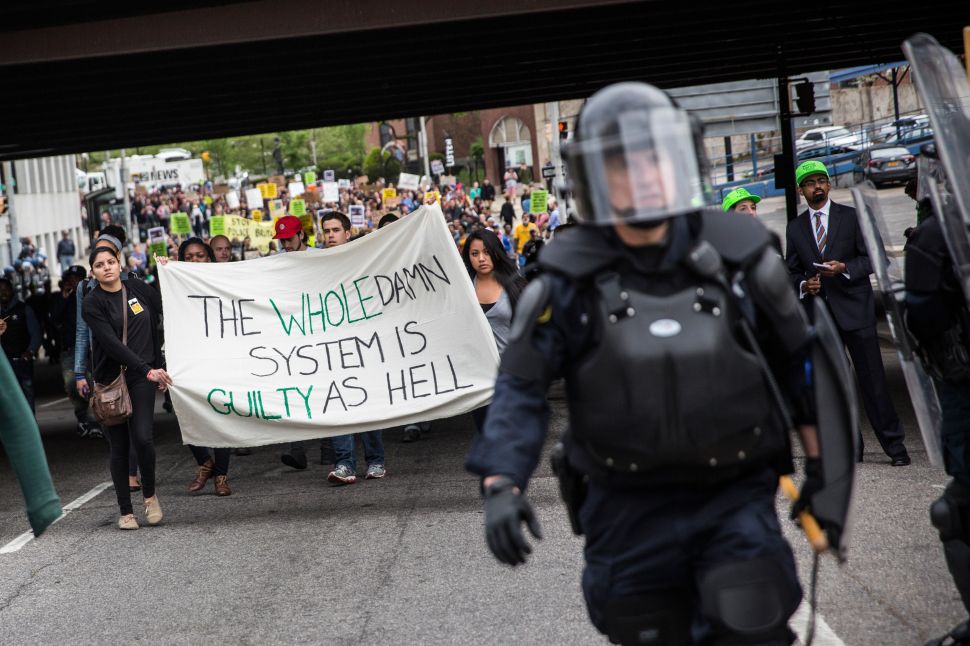