A complicated legal dispute is underway after NASA discovered a bag used to collect the first lunar samples during Apollo 11 was sold at auction last year for $995. By who? Uncle Sam himself.

According to a report from the Associated Press, the government is now desperately trying to get back the very item they sold, calling it “rare” and a “national treasure.”

The white sample bag was in-tow when the first humans, Neil Armstrong and Buzz Aldrin, arrived on the surface of the Moon, and was used to help bring 47 pounds of lunar samples back to Earth. The bag still has lunar material embedded in its fabric.

NASA believed their rare artifact was stored or on display at a museum until a woman in Illinois, Nancy Carlson, shipped it to Johnson Space Center in Houston so they could authenticate it for her. Apollo sample curator Ryan Ziegler had the lunar dust tested and it was determined that the bag was used during the first manned mission to the Moon.

When the agency realized the artifact was sold without their notification or permission, they decided to just keep it—considering it their property. According to collectSPACE, The government offered Carlson what she paid for it, shipping costs, and an additional $1,000 “to offset any inconvenience she may have suffered.”

Carlson, a lawyer herself, rejected the offer and on June 27th, retaliated by filing a lawsuit against NASA in the U.S. District Court for the Northern District of Illinois. She demanded the return of the artifact claiming “unwarranted seizure of my personal property…without any legal provocation.”

The bag was purchased by Carlson during a government auction in the aftermath of a criminal case that rocked the space memorabilia community.

The founder and director of the Kansas Cosmosphere and Space Center in Hutchinson, Kansas, Max Ary, was charged and later convicted of stealing and selling some of the center’s artifacts and rare collectables. The lunar sample bag was originally in Ary’s possession during the investigation that began in 2003 but was misidentified when found by federal authorities—leading to its forfeiture and sale to Carlson more than a decade later on February 17, 2015.

The museum director served two years in prison after his conviction in 2005 but also owed $132,274 in restitution. This created the need to auction his valuables—mainly artifacts he owned personally. U.S Marshals turned over these valuables to Gaston & Sheehan Auctioneers to be sold on the government’s behalf.

One of those items was the white lunar-dusted sample bag. But because of a labeling error, no one was aware of its historical significance or true ownership. It was listed 3 separate times in 2014 for a starting price of $42,500 but not a single person placed a bid—allowing Nancy Carlson to get it for a steal when it was up for auction again in 2015. Gaston & Sheehan’s website still shows the old listing:

The government claimed the bag was misidentified because of a spreadsheet typo that combined it with another missing artifact—one that had already been catalogued during the investigation. Ary was originally in possession of two lunar bags but had sold the other—used during Apollo 17—for $24,150 in 2001. The error made the two bags appear as one on the missing items list.

When the Apollo 11 sample bag was sold to Carlson on February 17th, 2015—ten years after Ary was convicted, it was thought that the bag was part of his private collection because it matched no stolen item. The sold Apollo 17 bag had already been recovered.

On August 3rd, the government filed a lawsuit in Kansas federal court to try and retrieve the bag. Prosecutors are urging the federal judge who is overseeing Ary’s case and seizure of his property, to reverse the sale of the Apollo 11 sample bag to Nancy Carlson on the grounds that it was misidentified as an item owned by Ary rather than NASA.

“NASA was denied the opportunity to assert its interest in the lunar bag,” stated the prosecutors according to collectSPACE. “Had NASA been given notice of the forfeiture action and/or had all the facts about the lunar bag been known, the lunar bag would never have gone to a government auction.” 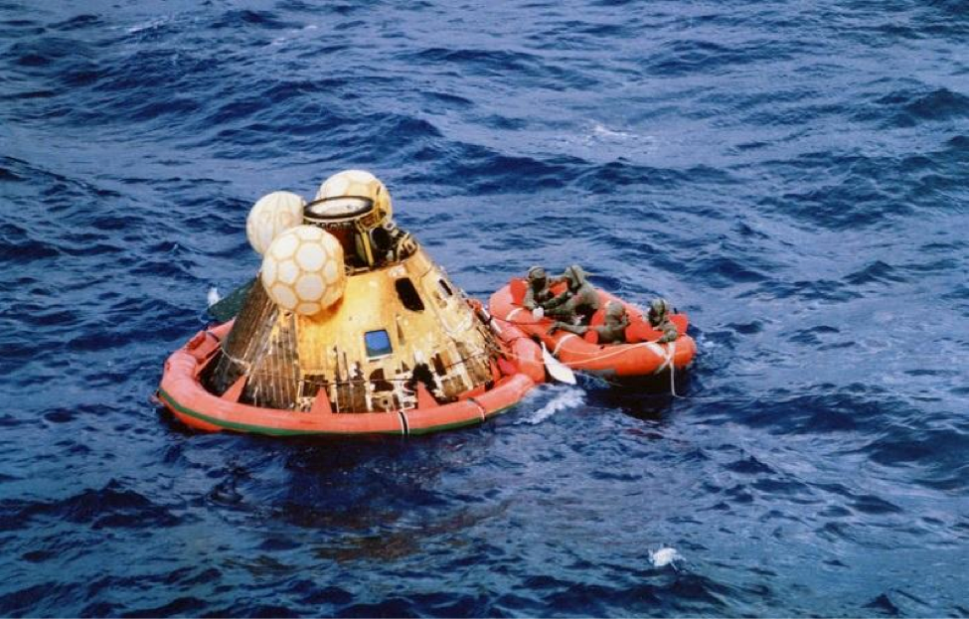