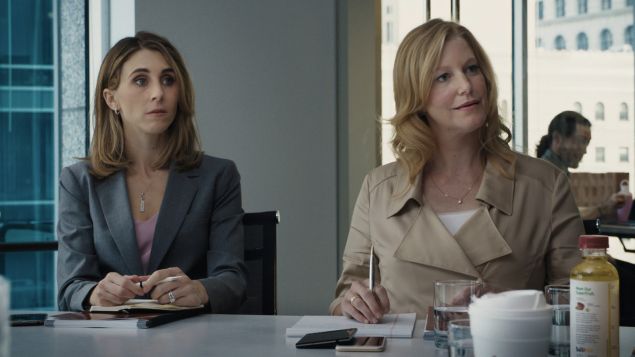 Though the gals of Ghostbusters got the most attention this summer (well, and Dory), the real glory belongs to the women of the film Equity, both in front of the camera and behind it. After stealing the show at Sundance, this female-focused Wall Street film—touted as the first of its kind—has become a sleeper hit of the summer. Compared to the almost caricaturist Gorden Gekko and Jordan Belfort, Equity is more serious, though no less entertaining. And it presents a character onscreen audiences haven’t seen much of: ambitious, complex women who like money and aren’t afraid to talk about it. As Anna Gunn’s ruthlessly ambitious character, Naomi Bishop, says towards the beginning of the film to a room full of women, “Don’t let money be a dirty word.”

The film focuses on investment banker Bishop, who found major success with taking companies public through IPOs, but finds herself not being promoted because she “rubs people the wrong way.” Basically, she acts like a man does in business. Obsessed with boxing, having a no-strings attached lover (who ends up trying to take her down in business) and a quiet, but steady voice that would give Miranda Priestly a run for her money, this is the female badass we’ve all been waiting for. She will do anything to get what she wants but just to be clear, this doesn’t mean she is throwing other women under the bus. Bishop says she will fight for her associate Erin (Sarah Megan Thomas, who also produced the film) and does give her credit when credit is due, but she also isn’t afraid to give her a little attitude when she believes she is doing something questionable. That includes the time Erin was caught working her feminine charm a little too hard with a client. When she finally lands the IPO of the century, Bishop is suddenly put to the fire as the deal comes under major scrutiny by an old friend played by Alysia Reiner (also a producer), who happens to be a financial investigator. Reiner suddenly pops up to investigate Bishop’s rather shady boyfriend Michael Connor and her meek associate evolves into a cutthroat business ninja over night.

Not that Bishop is as pure as Little Mary Sunshine either, but the audience is definitely on her side throughout. Amy Fox, the screenwriter of the film, talked with real Wall Street vets to build these characters and nail their lingo as well as demeanor. “When you’re writing drama, you don’t want everyone to behave themselves all the time. I just thought about this as an environment of scarcity. There is not enough opportunity for anybody. For men and less for women. A pressure cooker environment is not going to bring out the best in people. I believe everything these characters did,” Fox told The Observer. 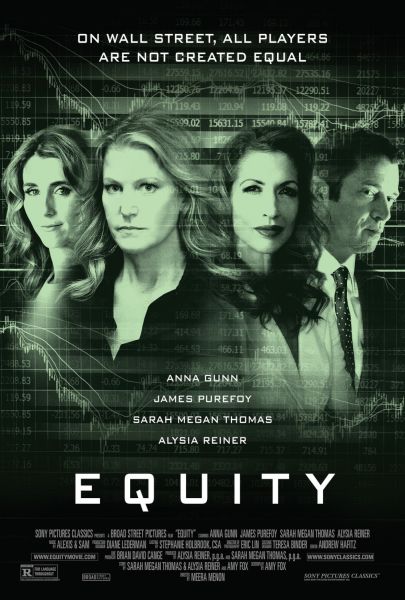 Part of the intrigue of Equity is that this is a female production if ever there was one. Directed by Meera Menon, produced by Reiner and Thomas as well as Barbara Byrne, vice-chairman of banking at Barclays, and led by a strong cast including Dunn, Reiner, Thomas, Carrie Preston (and some men too like Purefoy and Craig Bierko), this was a tour de force of female power, sadly still a rarity in Hollywood. In 2014,  85 percent of films had no female directors, 80 percent had no female writers, and one-third lacked female producers, according to a study from San Diego State University. “It’s not that women have this idealized way of doing things, women can behave badly as well, but I did find with the director, Meera, she was really quite brilliant, but she doesn’t approach the work with ego. With male directors their egos are in the room as well. It was really a joy to work with someone who had confidence, but without ego,” said Fox.

The film did have timing on its side with this year’s historical election and the wage gap and women in the workplace in the spotlight, which is why there are talks of Equity becoming a television series. All we can say is, it’s about time. 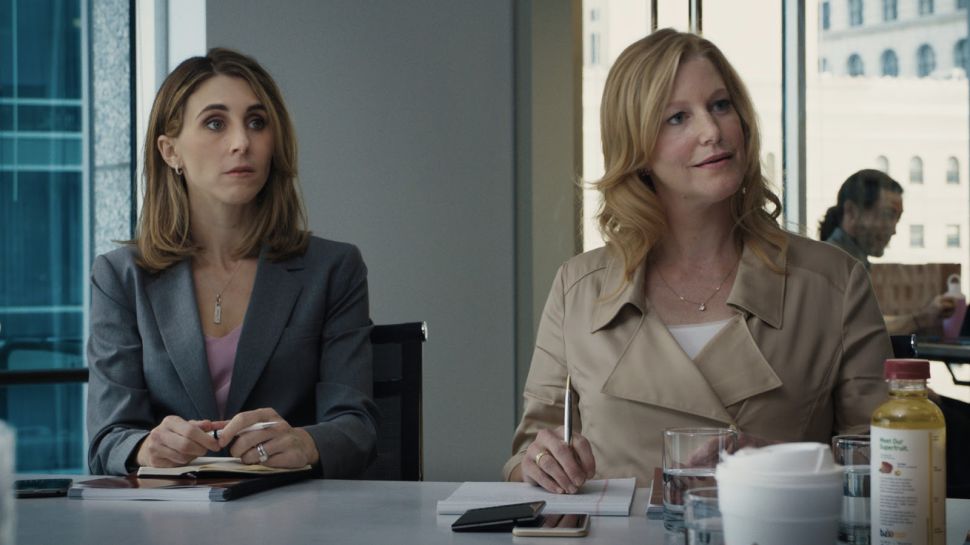