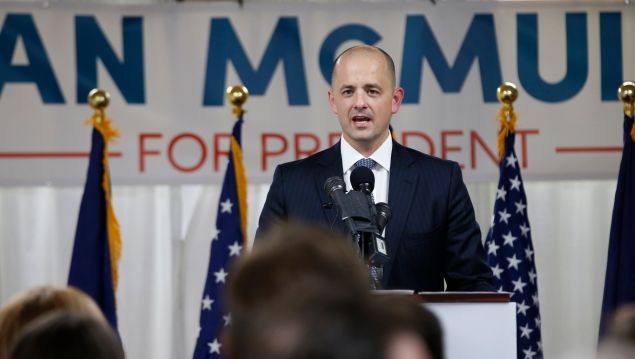 Last week, former CIA undercover agent Evan McMullin got confirmation that he will be on the ballot in Colorado. He is officially a candidate for President in 2016.

Pundits have said that one more is too late, and not enough—that backing someone other than New York tycoon Donald Trump or former Secretary of State Hillary Clinton is “throwing away your vote.” But this is a special election at a special moment in history. There are actually four parties today, the Democrats, the Republicans, the Greens, with the willful and positive Jill Stein at the helm, and the Libertarians. Former New Mexico Gov. Gary Johnson, the Libertarian candidate for president, brings forth the Jeffersonian vision of libertarian Ron Paul out of the discussion stages, and into the streets. Meanwhile, Stein brings a more comprehensive, relevant, and timely approach to true left dissent.

She should have been the recipient of the Bernie Sanders “revolution.” Had the Vermont senator not folded in with the Clinton Democrats, and thrown in instead with Stein, it really might have been a revolution; she would have gathered the 15 percent that would have allowed her to be on the debate stage in October with Clinton and Trump. Very likely Johnson could garner enough support to get onto that stage as well.

The two-party system is much like the Ford guys and the Chevy guys, before other cars—better cars—appeared in the streets. The two-party system is a generic model of politics for a generic model of culture, personality and citizenship. Throwing in with the Ford guys and Chevy guys would be throwing away your vote. One has more inspired and humane options in this remarkable time of new political beginnings.

The rise of these new parties to greater influence clearly suggests that we are at an important turning point, possibly one as great as any since 1860. It was presaged by the overnight rise of Sanders, it was presaged by Ron Paul, but most of all if this turning of events are to be understood in the most primary anthropological terms, it was presaged by Trump.

I said a year ago that Trump was “the Trickster who churns the ages, and the others’ fate depends on where they stand in relation to the Trickster. He is the one necessary component in the campaign so far. Without Trump, there is nothing.”

Other commentators made a similar observation: Corey Pein in The Baffler, “I propose that Donald Trump is the personification of a Norse god named Loki.” And Esther Goldberg in The American Spectator says Trump is best explained and illuminated by Friedrich Nietzsche in an allegory from Thus Spoke Zarathustra of a tightrope walker moving intrepidly between the ages.

Midway across to the new age just ahead, the tightrope walker classically reaches a crisis, and so have we today. Trickster is presage to every important movement in history. Without the half-mad John Brown, the New England Transcendentalist preachers would never have awakened to the vision of Abraham Lincoln. Without the rustic, iconoclastic, and original troubadour Bob Dylan, The Beatles would never have found their way to the greater Vedic aesthetic (“I am he . . . “) of the Sgt. Pepper era. They would not have been allowed by the wider culture.

The Trickster destroys the past. But without the Trickster, there is no possible future. And when his work is done, Trickster returns to the forest. Or, as Trump says he might do if he does not achieve his White House goal, he then takes “a very nice long vacation.”

Which I think is where we are today, waiting again for the “new man” presaged by the Trickster; the singular pilgrim, warrior, holy man, the “one good man; a spirit who would not bend or break who would sit at his father’s right hand” as Johnny Cash and U2 so well described him, who enters us into the millennium.

But we have yet to see him. And that is why Evan McMullin is important.

McMullin appears to have come to us from nowhere, having emerged out of the darkest corners of the collective unconscious, that otherworld which undercover CIA agents inhabit. And he comes alone. Those of us outside the Beltway know little about him, but first impressions bring intuitive hunches. A 16-minute TedX talk at the London Business School, “Why saying ‘never again’ to genocide is not enough,” reveals an astonishingly singular man, fearless in his daily walk and resolute in a kind of personal piety that we rarely see in our time.

McMullin is on the ballot in Colorado, and will be in Utah, along with many other states, as he lays out his 50-state strategy.

The presence of McMullin opens a path which will widen in October. He makes the fledgling Greens and Libertarians suddenly irrelevant—now they won’t get the 15 percent needed to be on the stage at the debates with Trump and Clinton. McMullin will. He may even have his 15 percent by summer’s end.

He does not come alone. Earlier this month, 50 GOP officials publicly turned away from the candidate of the Republican party. More will follow. This is, in effect, an “intervention,” similar to how the Iraq Study Group of 2006 brought an “intervention” to the Bush/Cheney Oval Office and its War in Iraq. New policy and personnel would soon follow. A bipartisan group of venerable party elders gathered to trump the authority of the rank and file Republicans in the White House by bringing dominance through their own, inherently greater, authority. The elders won.

And that is an intervention arising. The Iraq Study Group was an ad hoc “council of elders” brought together to change the course of political events. That’s what is gathering here.

McMullan is, or will be, the single combat warrior to this rising, spontaneous “intervention.” He will easily get the 15 percent which allows him to be on stage with Trump and Clinton. It will change everything. Again. And in this new environment, McMullin could quite possibly be the last man standing in this long and winding political journey to 2017. 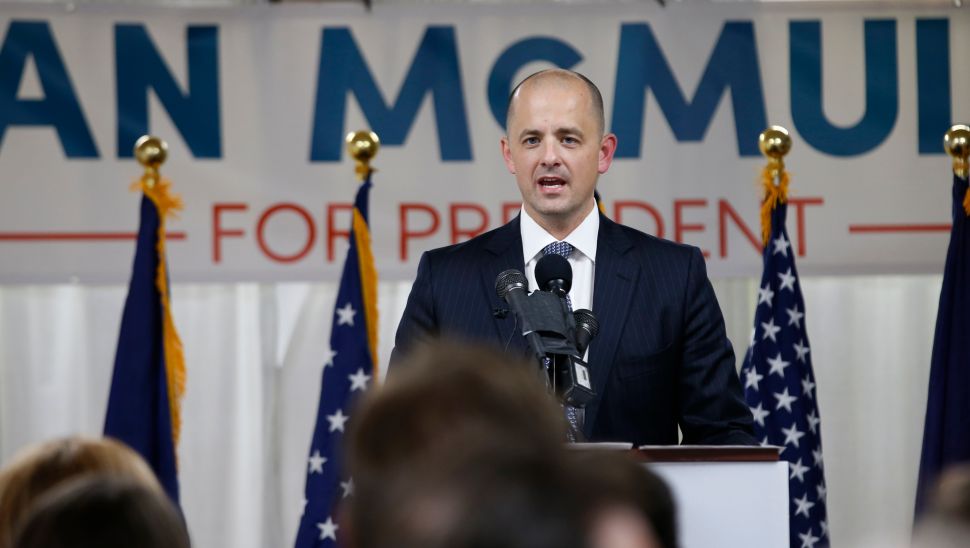