We all know the age-old rule of dinner etiquette: Never discuss politics or religion at the table. I am a half-Catholic Protestant-raised atheist, I’ve supported Hillary Clinton since she wore scrunchies, and because we are all so inept at following this rule, I’d prefer to eat alone until November.

I really do enjoy dining with you. In fact, dinner is my favorite time of day. If you’re very lucky it is more than a meal; it’s a New York City adventure, a chance to share tapas and secrets, a time to digest together our scary, changing world. Because I grew up quietly eating Chicken à la King while my parents focused on Dan Rather’s face behind me, I feel strongly that dinner should be spent discussing news, not watching it. And if you try to read it on your iPhone as you silently chew beside me, I will confiscate your device and hide it in my handbag before you can swallow your kale and object.

Then Election 2016 began, and silence became as golden as Donald Trump’s toilet.

Things weren’t so bad in the beginning. I became captivated by the 11 Republican candidates on the main stage, picking favorites, rooting for underdogs, gathering fodder for fun dinner talk. Friends and I laughed over enchiladas as we recalled the women they would put on the 10 dollar bill (My mother! My wife! My daughter! A Brit!), and sleepy Ben Carson was a perpetual comedy of errors.

But soon Bernie Sanders started his revolution, dividing the Democratic Party—and left-leaning dinner parties—right down the middle. We began fighting our own Civil War, a Mason-Dixon Line drawn between the salt and the pepper. Conversations became so heated that onlookers surely thought we were debating our own marital infidelities, not those of Bill Clinton. Dem-on-Dem crime rose to an all-time high.

Then the Republican Party followed suit, imploding into a puddle of orange goo. As some party members tried to swim ashore, and others tried to build a moat around it, many tried to survive by treading while shouting louder, crazier Hillary theories. “You know she killed a guy, right?!” was slipped into a casual business dinner somewhere between cocktails and shrimp cocktails.

(If you’re a Republican, I probably just offended you. See how easy that was? And you don’t have to keep eating with me for 90 more minutes.)

I stared at my scallops until I went cross-eyed, hoping the person to my left would shut up or choke.

As the election got more heated, more tense, more bizarre, so did my dinners. Before long I had accumulated a list of uncomfortable evenings lengthier than the tasting menu at Atera. Good manners were almost always left at the coat check.

What’s worse, meal after meal I felt defenseless, my tongue bound by other rules of decorum. Rules like, Don’t engage with the relatives who think President Obama is a Muslim during Christmas dinner at their house/weapons arsenal.

Or, Don’t tell your Cuban in-laws at a barbecue that perhaps it’s time to get over their 55-year embargo of the Democratic Party over President Kennedy and the Bay of Pigs already.

Or, Don’t tell the colleague paying for your succulent two-pound lobster that Hillary can run the country without a fucking facelift, just like the homely old men who came before her.

The only thing worse than sitting through an awkward, politically-charged dinner is sitting through one when you are expected to be polite at best and silent at worst. Yet there I sat, the business dinner invitee, the low-ranking family member, the smiling plus-one. Sometimes I stared at my scallops until I went cross-eyed, hoping the person to my left would either shut up or choke.

To be sure, I welcome a healthy debate and value different opinions and perspectives. As a lawyer, I am trained to fully evaluate both sides of an argument. As a young Gen-Xer married to an old Millennial, I understand that different issues plague my generation and his. And as the wife of a Cuban immigrant, I know that the world is often a very different place than the one I see through my own privileged eyes.

And yet, meaningful, substantive debates have gone the way of the scrunchie, replaced with a game of one-upmanship I call, “Whose Candidate is the Worst Human?” As my friends, my colleagues, my family, you have earned the right to be heard and respected by me. But I’m simply not interested in conspiracy theories or hate.

Is “because her husband cheated on her” a valid reason why I should not support her? Is your tale of murder a serious allegation? Should I evaluate any future facelifts before I cast my vote? Either times are so stressful that no one is acting like themselves, or this election has given us permission to reveal a side of ourselves that social graces previously dictated that we suppress.

Regardless, with so much anger filling every seat around the table, no one will “win” these dinner debates. We will, however, alienate our companions during this intensely personal election—personal to voters who care deeply about their immigrant families, their mortgage-sized student loan debt, their right to control their bodies and earn equal pay even if they push a baby out of it. I assume it is also personal to those who care deeply about their right to own military-style assault weapons while on the terror watch list, though I can’t pretend to understand why. I just know that for all of us, across party lines, it has never been so easy to sit through a meal, look our beloveds in the eyes, and think, I kind of hate you.

And so, until we can return to that blissfully ignorant time between election years, I’m better off eating alone. Because, I really like you. I hope to like you still come Election 2020. And since we can’t not talk about it, please accept my regrets on all invitations through November.

Actually, in case of a Bush v. Gore recount, we should probably aim for Christmas. I’ll cook dinner, since I clearly won’t be at church. I’ll invite my Catholic in-laws, my Protestant dad, my little sister’s Muslim boyfriend, and our wonderful Jewish friends. We can discuss our views on the birth of Baby Jesus as we eat a turkey with “O Holy Night” playing softly in the background.

On second thought, are you free for New Year’s?

Jules Barrueco is a writer and a lawyer in New York City. She can’t wait to eat dinner with you again as soon as this election is over. 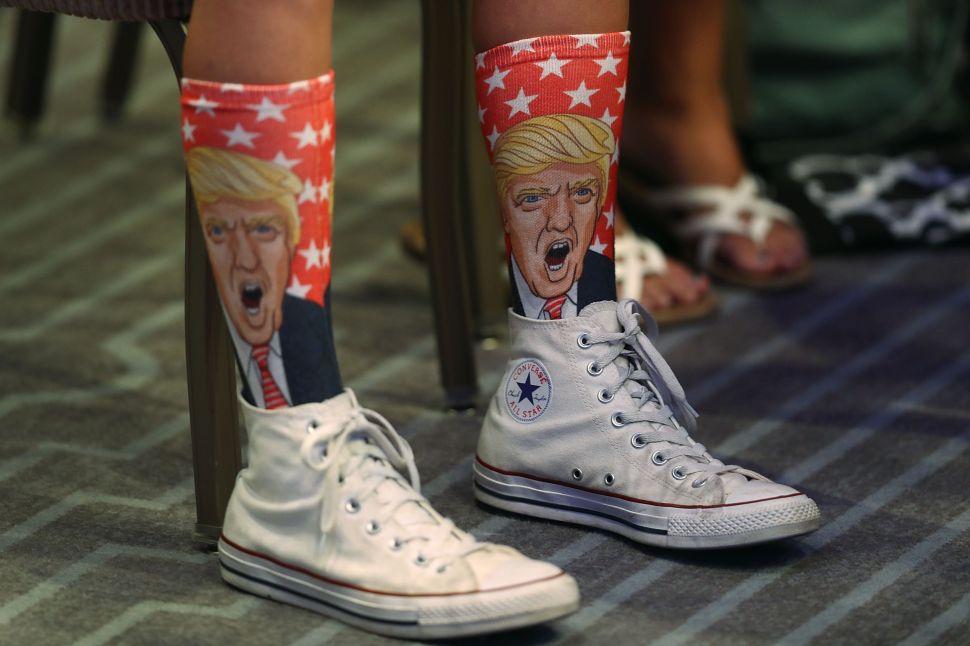