Not many people in the United States can identify that their occupation includes “an element of personal danger.”

This, however, is a component of the job description for police officers across the country. It is specifically quoted from the “Duties and Responsibilities of Police Officers” in the Baton Rouge Police Department.

Although the daily risk of danger a police officer is exposed to can vary from day to day, the police shootings in Dallas and Baton Rouge earlier this year bring to mind how quickly life-threatening situations can emerge for law enforcement officers.

On August 13, another officer was killed in Eastman, Georgia, as he talked to a suspect seated inside a car. The suspect fired at Officer Tim Smith on Main Street in the small town about 60 miles from Macon.

On August 14, another Georgia officer was shot in Marietta, Georgia, a suburb northwest of Atlanta. Officer Scott Davis, a 10-year veteran, was investigating a car break-in when the suspects opened fire and shot Davis in the leg. Davis had surgery and is expected to survive.

How does this looming worry affect the mental health of police officers, and how might that change with some of the recent events portrayed in the media?

These are important questions to examine, even though they may not be easy to answer. One concern is officers’ well-being in the face of stress. Another concern is the effect of their stress on the well-being of others.

As a psychiatrist who studies stressors on police and other professions, I will share insights from research and offer some analysis of my own. While police historically have been shown to be a resilient group, the targeting of them for intentional killing could affect this resilience.

Also, you might be surprised to learn that a big stressor for police officers is the same as it is for the rest of us. They don’t like disagreeable tasks such as paperwork. Job dissatisfaction and conflict among co-workers are also stressors.

Resilience in the face of danger

It is easy to believe that because of the increased occupational danger, police officers have higher rates of mental illness. The literature, however, provides more of a mixed picture, especially when looking at suicide rates.

Suicide rates are often a place to start when considering mental illness. These rates provide a clear, tangible outcome that can provide clues when comparing police officers to the general population.

While other studies have found some increase in suicide rates among police officers, these are typically specific to certain locations. Thus, they may not reflect officers in general.

Cooperation and support are key

Beyond suicide, another area of concern is the possibility of an officer developing a mental illness due to the repeated exposure to traumas.

Specifically, post-traumatic stress disorder (PTSD) is a consideration after any sort of life-threatening trauma occurs. To some degree, however, exposure to traumatic events provides some inoculation. Stress inoculation training is actually a method used by police academies and the military to prepare officers and soldiers to deal with traumatic events. This type of training involves education about stress, behavioral and psychological interventions for combating stress and simulated stressful experiences to apply these skills. Beyond suicide, another area of concern is the possibility of an officer developing a mental illness due to the repeated exposure to traumas.

There is some evidence it works. For example, a 2007 study found police officers involved in rescue and recovery work at the World Trade Center disaster site had less PTSD than other workers did. Their overall rate of PTSD was lower when compared to workers and volunteers who did not have prior disaster training or experience.

Theories abound regarding the reason behind such resilience of police officers. Some say it is because of the initial screening officers receive when applying for a job. It could also be the specific training provided to deal with high-stress situations.

Just like the rest of us, they need a pat on the back

However, even if we consider that police officers are typically under an increased level of stress, is that stress solely from the increased danger in which they are placed?

Maybe not. Multiple studies indicate that administrative and organizational factors of police work, including assignment of disagreeable duties and lack of recognition for good work, can be as important in stress as physical and psychological danger.

Officers, as it turns out, like to have control over their job and to be told they are doing a good job, just like the rest of us.

For police officers specifically, at least one study from 2009 found increased perceived work stress was significantly associated with adverse outcomes for police officers, including depression and intimate partner abuse.

This again speaks to the fact that even though police officers face an increased level of danger in their regular duties, the standard difficulties in any occupation play a major factor in their stress.

And, will a greater fear of serious violence toward officers lead to more prevalence of psychiatric symptoms and conditions within this group? How might officers’ resilience be affected by the increase in media scrutiny and recent targeting of police during high-profile shootings?

Although the more general media coverage may affect individual officers’ stress levels differently, there is sure to be some impact to the overall concept of police work. Previous studies have already indicated that excessive inappropriate discipline of police officers can lead to a perceived increased level of stress.

What will happen when this inappropriate discipline comes from the media and not a supervisor? Will officers’ mental health be affected by the specific targeting of law enforcement for violent acts?

We do know any person involved in an abrupt increase in stress can suffer consequences to multiple areas of their life, with highly varied responses to coping with this new stressor.

The shootings of officers in Dallas and Baton Rouge raise concern for a more combative role that police are now being placed in. It is more akin to active military service, where someone is specifically seeking to kill.

The narrowing difference between the two jobs may indicate that research on returning soldiers can provide a window into possible mental health outcomes for police officers.

In a 2007 study, clinicians identified 20.3 percent of active and 42.4 percent of reserve component soldiers in their study as requiring mental health treatment.

This could portend a possible future where the rates of mental illness increase in officers, due to shifting expectations and dangers associated with their job.

It is difficult, if not impossible, to predict how these new factors will affect police officers and their mental health. But there are hints that indicate it can’t be good.

Ryan Wagoner is an Assistant Professor of Medicine at the University of South Florida. This article was originally published on The Conversation. Read the original article. 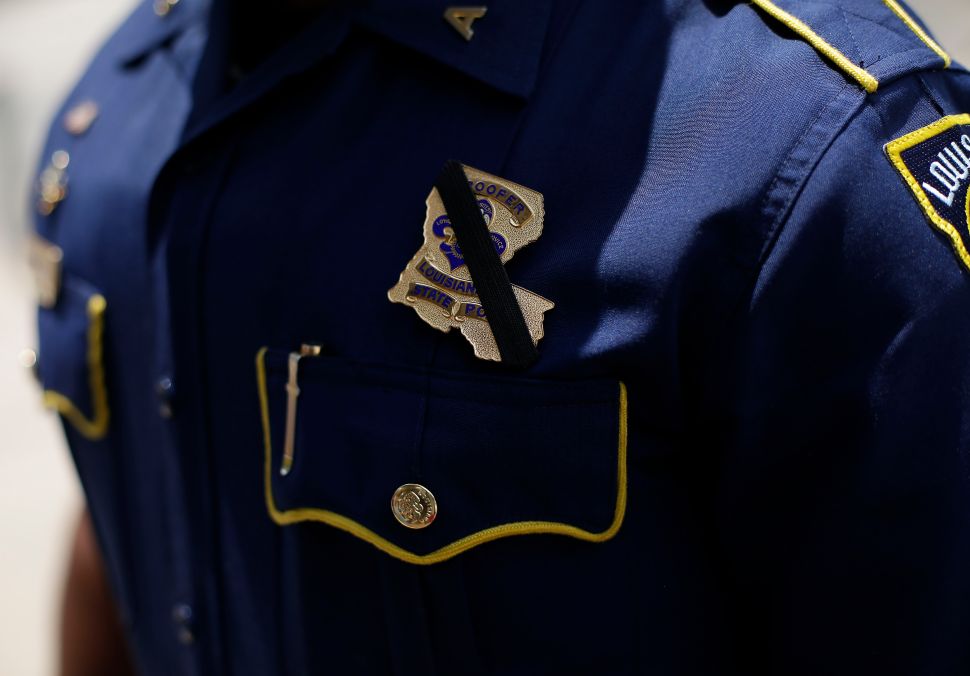