Let’s yank out our yardsticks and measure those critical dicks – because that’s what these BEST FILMS EVER lists are all about. This week the relatively high-brow BBC.com Culture’s ‘The 21st Century’s Greatest Films‘ arrived, a juicy bit of pop culture clickbait culled from 177 critics, 122 male and 55 female. At the very top is David Lynch’s high-low fusion of girl-on-girl action Mulholland Drive, followed by Wong Kar-wai’s beguiling masterpiece In the Mood for Love and Paul Thomas Anderson’s Daniel Day-Lewis free-for-all There Will Be Blood. That classic introduced the meme “I drink your milkshake!” into the lexicon of American male swagger and bad sportsmanship. Nestled in eleventh place is the list’s first female director, Sofia (daughter of Francis Ford) Coppola’s Lost in Translation, a May-December drama of loneliness and lust that delivered Bill Murray the role of his lifetime and arguably elevated Scarlett Johansson from sex object to star.

In 2011, the late Richard Corliss said it best (now that’s a phrase I never thought I’d use!), when introducing Time‘s list of ‘All-Time 100 Movies:’ “I feel one of my grand gender generalizations coming on, and I can’t resist it, so here goes. Guys love to make lists. The assembling and codifying of useless information speaks to our inner math nerd, our rampant nostalgiast. Girls can play Little League baseball now, but the kid in the stands keeping the box score, and tallying individual achievements into season slugging percentages, is very likely to be a boy. Turning our pastimes into numbers is a way not only of quantifying but also of justifying them. They acquire an atomic weight; to rank them is to give them solidity, meaning.”

Thanks, Dick Corliss. In the spirit of full disclosure – or humblebragging – I proudly participated in the BBC Culture’s current listmania. Quoting Mel Brooks in History of the World: Part I: “It’s good to be the king.” By inviting me to participate, BBC.com Culture gave me the opportunity to be among the six critics to put the most female directors – three — on their top-ten list.

I contributed despite being skeptical of listmania. Gender, class and nationality bend the rankings. I could kvetch about the list’s underrepresentation of women directors. Of the 85 directors in total only nine are women. But I can’t fault the BBC: examine the relative output of female directors in our century. It’s not because women don’t make great films that speak to me; they’ve had less opportunity to make movies. This latest lists reflects the bias of the existing offerings.

Also, in choosing critics, the BBC includes fifty-five females. While not half, that thirty-one percent of the total surpasses the percentage on Rotten Tomatoes. As I wrote in “The Curious Case of the Missing Women in Film Criticism” in Variety, men comprise the vast majority of critics, outnumbering women four to one. The list only confirms that what’s considered best depends on the critical gaze – and as long as men dominate the results will be skewed.

My BBC list is also biased by my attempt to include more women filmmakers. How could I have overlooked Derek Cianfrance’s Blue Valentine or Xavier Dolan’s Mother or Lars von Trier’s Melancholia? But I don’t claim to present objective truth.

These lists aren’t chiseled in stone like The Ten Commandments. They’re the beginning of a long and charged discussion on what films matter — and why. Because I know, and you know, and even the BBC knows, that Lynch’s “backhanded valentine” to Hollywood is too insular to be the best film of this short century.

It won’t crush me if you disagree with my female-helmed top picture: Kathryn Bigelow’s Zero Dark Thirty, or even if you argue that her Oscar-winning The Hurt Locker is the better film. That cultural conflict is the list’s value, a gnarly battle in which we stop measuring each other’s dicks (or lack thereof) and dive into why – and which — movies matter so deeply to us.

So, here’s my defense of ZD30: Bigelow’s ninth theatrical feature creates an uncompromising edge-of-your seat drama about the decade-long hunt for Osama bin Laden. In this most male of genres (espionage thriller meets military action-adventure), the driving force is Jessica Chastain’s pretty, petite CIA Agent. Maya acts tough because she’s the chief crusader on a mission to eradicate Osama. As she enters one torture chamber after the next, violently extracting the intel that leads to the discovery of bin Laden’s Pakistani hiding place, she may employ another man’s muscle to beat out a confession, but she understands that she is the power behind the fist. She’s culpable. Zero Dark Thirty explores the theme of retaining humanity while doing inhuman things to prevent future mass casualties. Engrossing, complicated and urgent, ZD30 makes no apologies and takes no prisoners – except the captive audience.

And I just can’t credit Mulholland Drive with that much relevance. Can you? 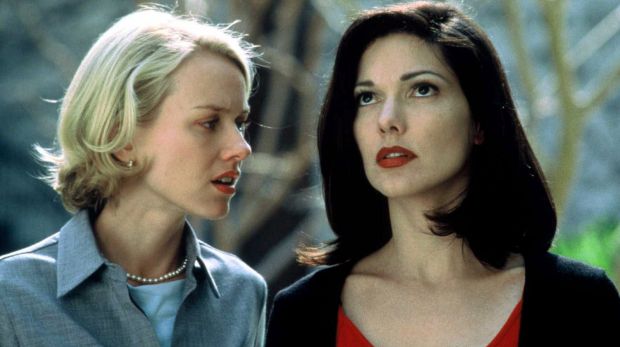