“The Olympic Games in Rio are an unnatural disaster,” The New York Times recently declared.

As someone who has spent two decades studying and writing about the ancient and modern Olympics, I’m not surprised by the pronouncement. It simply fulfills a prophecy many foretold in the months (and years) leading up to the 2016 Olympic Games.

While Rio has its own particular challenges, such as the Zika virus, a number of other problems have recently begun to plague all Olympic hosts, ranging from skyrocketing costs to worries about the environmental impact of hasty, massive construction projects.

It seems as though the Olympics have become too big, too costly and too complicated to be hosted by a single city. The solution? The International Olympic Committee (IOC), the governing body for the Olympic Games, should hold competitions for each different sport in a different global city.

For an international event that, traditionally, has been so tied to celebrating the history and accomplishments of one city, this may sound far-fetched. But the world has changed in fundamental ways since the IOC organized its first set of games in the late 19th century. Today, a “decentered” games is one of the only ways to ensure local populations in democratic countries will support a bid to host the Olympics. And if the IOC is willing to leverage recent advances in technology, it could actually make the Olympics more compelling and more effective at fulfilling its mission.

The Olympics are, ironically, a victim of their own success; their popularity has resulted in a severe case of gigantism.

Not surprisingly, costs have soared. When predictable overruns are taken into account, the bill for the 2016 Summer Olympics in Rio de Janeiro is likely to top US$20 billion. And that comes at a time when deep funding cuts in Brazil have produced severe shortages of basic health care services in Rio. The situation became so critical that the governor of Rio recently declared a state of emergency in order to access much-needed funds.

The number of cities in the world that are willing and able to host the Olympics in their current form is small (and appears to be shrinking). The places that are both willing and able are often badly suited to represent the core ideals of the Olympics: promoting world peace and basic human rights through sport.

For example, it would be difficult to make an argument that Vladimir Putin’s Russia was a good site to host an event intended to foster peace and human rights. And the 2014 Winter Olympics in Sochi was not a unique occurrence. After four cities withdrew from the bidding for the 2022 Winter Olympics (three of them due to concerns about costs, corruption, environmental impact and finding uses for venues after the end of the games), only Almaty in Kazahkstan and Beijing were left in the running. Neither Kazakhstan nor China is likely to be held up anytime soon as a beacon of human rights.

In 2014, the IOC considered an array of proposals for restructuring the Olympics. One of them – eventually rejected as being too radical – called for holding every Olympic event in a different city around the world.

But the list of advantages that would come from such an arrangement is long. For one, there would likely be hundreds of cities willing and able to host a single Olympic sport.

Cities would presumably bid to host a sport that was locally popular and for which much of the requisite infrastructure was already in place, greatly diminishing the cost and environmental impact of the Olympics. For example, Louisville, Kentucky – the site of the World Equestrian Championships in 2010 – would be an ideal host for the equestrian events. Likewise, Manchester, England, which boasts a world-class velodrome, would be a great place to hold the track-cycling events.

A decentered Olympics would also solve, once and for all, the problem of finding uses for the sports venues that get built for the Olympic Games, often at a huge cost, only to sit underused or abandoned once the games leave town. An Olympic softball stadium in Athens, Greece, was unusable the minute the games ended, since softball isn’t a popular sport in Greece. The same stadium in Athens, Georgia, however, would be an invaluable local resource for decades to come.

More broadly, this reconfiguration would make the games, for the first time, a truly global event. Dozens of countries that could never afford to host the Olympics in their current form – Kenya, Thailand, Chile, to name a few – might easily host a single Olympic sport. Rather than being an occasion for nationalistic displays by a single, powerful host country, the Olympics would become a celebration of human diversity. Television audiences could tune into a track-and-field competition in Nairobi, a badminton match in Bangkok or a triathlon in Santiago.

There would also be important new opportunities to pursue the IOC’s mission of promoting peace and human rights through sport.

With a manageable number of athletes in any given site who weren’t overtaxing the local infrastructure, the IOC could arrange for all of the competitors in each sport to stay after the gold medals were awarded.

Imagine a series of friendlies in which Olympic athletes gave up their national uniforms for identical Olympic jerseys and played not to represent their country or to win a medal but simply for the joy of the sport. Players could be mixed and matched so that athletes from the United States and China played on the same team. Gender equality – also one of the major priorities of the IOC – could be promoted by creating teams that included both male and female athletes.

Athletes would also have the opportunity to interact directly, via sport, with the local community. How about a series of teaching clinics for children run by Olympic field hockey players in a country where field hockey is a national sport?

This new model reflects ways the world has changed since the IOC was founded in 1894. In the late 19th century, spectators had to be there in person to watch the Olympics, and travel was slow and arduous. Not so today, when the vast majority of spectators watch the Olympics on television or the internet. This makes a “decentered” Olympics not only possible, but also preferable. Sports are almost always better watched live rather than on time delay; with events scattered across the globe, spectators in any time zone would be able to tune in live for any number of events.

To be sure, there’s something special about having thousands of athletes from all over the world in a single place at the same time. But the pageantry of the opening and closing ceremonies could easily be preserved by flying athletes to those ceremonies from dispersed competition sites.

These ceremonies could be permanently situated in a single place that would become the spiritual center of the Olympics. Lausanne, Switzerland, where the IOC is headquartered, or Olympia, Greece, the place where the Olympics originated nearly 3,000 years ago, would be a couple of good options.

Spreading Olympic events around the world would certainly represent a daring step forward. But big problems call for bold solutions, and with the Rio Olympics caving under its own weight, it’s time for the IOC to be bold.

Paul Christesen is a Professor of Classics at Dartmouth College. This article was originally published on The Conversation. Read the original article. 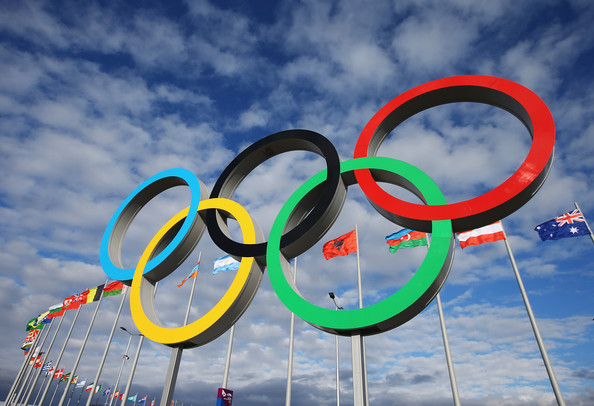