Over the last few weeks, FiveThirtyEight’s forecasts for who will win the presidential election transitioned from a virtual tie between Donald Trump and Hillary Clinton, to Clinton now taking an 81.7 percent chance of victory compared to 18.3 percent for Trump. At the end of July, polls were bouncing back and forth between Clinton and Trump, but recent polls show Clinton with leads as high as 14 points.

No policy stances have changed in either the Trump or Clinton campaigns during the past two weeks. Trump has provoked negative publicity with boorish comments, but given his entire presidential campaign so far, this isn’t out of the ordinary. The seemingly impressionable voter base that falls in line behind mainstream reporting is alarming. The media’s impact on elections shouldn’t be underestimated. It does, however, illuminates the importance of objectivity and balance from the mainstream press, which has been particularly lacking this campaign season.

The July Wikileaks release of nearly 20,000 Democratic National Committee (DNC) emails validated the concerns of Bernie Sanders supporters that the DNC helped rig the primary election for Clinton. These emails provided a glimpse into how the DNC and the mainstream media work together in providing public relations support for the Democratic establishment.

Rather than informing voters to enrich democracy, the mainstream media has developed a feedback loop between support for particular candidates and the political agenda they intend to support. The freedom of the press is necessary for a democracy to function. This freedom was subverted by the DNC at the consent of the mainstream media outlets. Instead of remaining autonomous, they allowed themselves to be manipulated by the DNC to back Clinton’s coronation as the Democratic presidential nominee.

Some of the emails released show both CNN and Politico had articles pre-approved by the DNC prior to publication. Politico reporter Ken Vogel had DNC Communications Director Luis Miranda look over an article before he sent it to editors as part of an agreement. Politico has since called Vogel’s actions “a mistake.”

In May 2016, CNN published an anti-Sanders Op-Ed by Maria Cardona, who had had it pre-checked by the DNC before publication. In addition to the emails released by Wikileaks, The Intercept reported in May 2016 that they obtained emails showing CNN published an anti-Sanders Op-Ed ghostwritten by a lobbyist under Atlanta Mayor Kasim Reed’s name that they had received from a Clinton SuperPAC.

CNN’s Jake Tapper was also implicated. DNC staff discussed in emails, “if we want to offer Jake Tapper questions to ask us” after Tapper’s producer Jason Seher asked what DNC Hispanic Media Director Pablo Manriquez wanted to talk about on the show. Manriquez eventually resigned over DNC staff pushing him to break impartiality. Tapper insists the emails show no wrongdoing on his part, but the rhetoric among DNC staff makes it seem as though it was a standard procedure to write their own questions for CNN interviews.

The Wikileaks emails revealed that The Washington Post hosted a joint fundraiser with the Clinton campaign, although the Post was unlisted at the fundraiser. “We were never going to list since the lawyers told us we cannot do it,” DNC Finance Director Jordan Kaplan wrote to DNC Election Strategies Adviser Anu Rangappa.

DNC Communications Director Miranda leaked a letter Sanders wrote to the DNC in early May to Wall Street Journal reporter Laura Meckler, who used it to write a hit piece on Sanders. “You didn’t get this from me,” Miranda wrote. A few days later, Miranda used the same reporter to criticize complaints from the Sanders campaign over DNC platform committee appointments.

After MSNBC correspondent Mika Brzezinski criticized Rep. Debbie Wasserman Schultz, and called for her to resign as DNC chairperson, she complained to host Chuck Todd, ultimately calling MSNBC’s president Phil Griffin to have his network stop the negative coverage of her. “This is the LAST straw. Please call Phil Griffin. This is outrageous. She needs to apologize,” Wasserman Schultz wrote in an email.

Although not implicated directly in the DNC emails released by WikiLeaks, Facebook did admit that they blocked links to the website after the leak. They claimed the censorship was just an accident caused by algorithms incorrectly designating links to WikiLeaks as spam. The block has since been fixed, but has incited further allegations that Facebook tampers with its trending bar to manipulate the popularity of major news coverage.

Sanders supporters have criticized mainstream media outlets throughout the primaries for either blacking out coverage of their candidate, or unfairly covering him with inaccurate smear campaigns—such as the Bernie Bros narrative—to discredit his viability. The Wikileaks emails provide some vindication to these claims, once dismissed as conspiracy theories, that the DNC and Clinton campaign fed propaganda to mainstream media outlets to help her win the primaries. Wasserman Schultz resigned as DNC chairperson in the wake of the email leak, and progressives continue to demand reforms to a culture that undermined democracy to help Clinton. The DNC must be held accountable, but so should the mainstream media outlets and pundits implicated in the emails. They all should apologize for abusing the trust of the public. 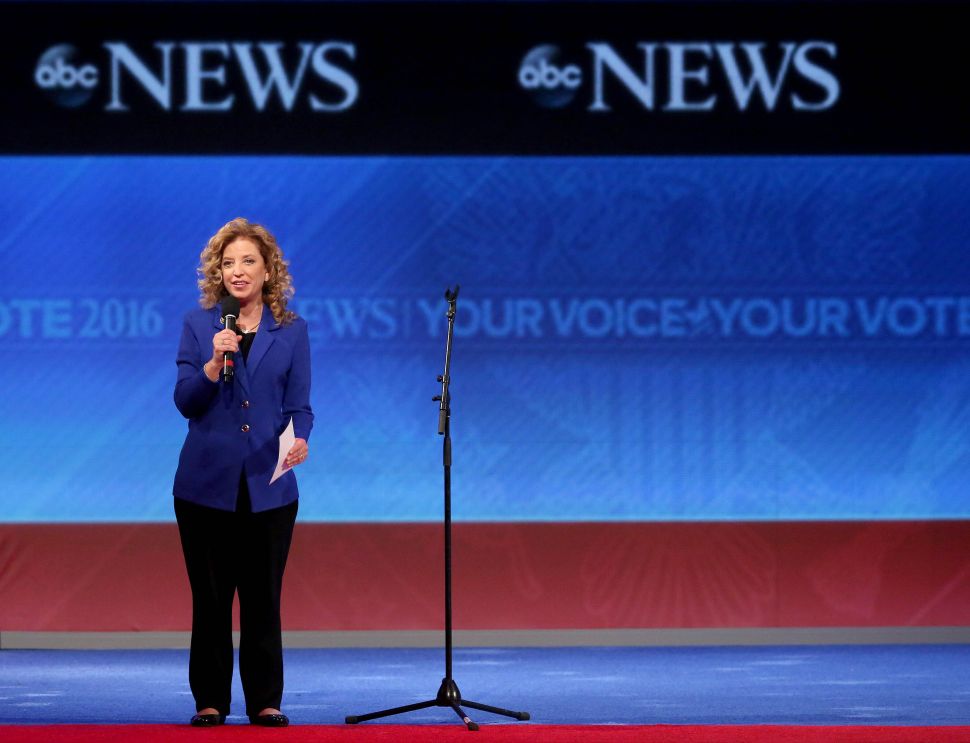