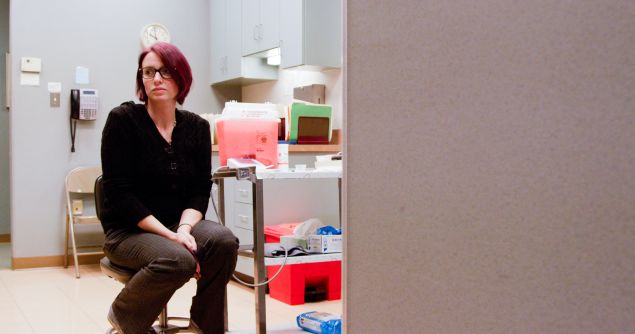 It’s clear to Emmy-winning director Tracy Droz Tragos that the word “abortion” is still spoken in whispers, but the subjects of her new documentary Abortion: Stories Women Tell lend personal narratives that aim to shake stigma. Having made its world debut at the Tribeca Film Festival, the HBO-backed film is slated for theatrical release on August 12.

Abortion: Stories Women Tell exposes narratives of women in Missouri, where abortion access has grown increasingly difficult, who have had to travel hundreds of miles for safe and effective treatment. Unlike in other films about abortion, Droz Tragos allows these women to share their own stories in a way that avoids argument and embraces personal experience.

“It all started with a conversation,” Droz Tragos told the Observer, referring to a talk with Executive Producer Sheila Nevins and Supervising Producer Sara Bernstein—the “badass executives” whom she credits for giving her the gumption to tackle the subject. “[Abortion is] not a subject a lot of television executives would want to touch,” said Droz Tragos, who celebrated the opportunity to work alongside other women.

Tragos embarked on the film in in the wake of the 72-hour waiting period enacted in Missouri. Passed in 2014, the rule mandates that women must wait three days to undergo an abortion after initially seeking counseling. The law makes no exception for instances of rape or incest.

“[Missouri] is in the middle of the country—it’s a flyover state, but it also happens to be the buckle of the Bible Belt,” Droz Tragos said, referencing the state’s substantial Evangelical population. Missouri’s political climate is nothing new for Droz Tragos, who grew up in Missouri but moved to North Carolina as her mother grew disenchanted in the hullabaloo surrounding the Vietnam war.

“The more women share their stories, the more [abortion] is seen as something that affects women from all walks of life.”—Tracy Droz Tragos

The early rallies surrounding the new Missouri legislation carry the weight of the film’s opening and serve as a springboard for what follows. At the Capitol, Droz Tragos captures a moment where Republican former Speaker of the Missouri House of Representatives Tim Jones takes to a stage before a chanting crowd of exuberant anti-abortionists. “We are down to one abortion facility in this state,” he states before the scene fades to a montage of cautionary anti-abortion billboards lining the Missouri freeways.

However, instead of isolating the film’s perspective to the Capital, Droz Tragos’ research pushes past an overplayed trope of the abortion controversy. “At the onset we said we wanted to keep this personal,” Droz Tragos explained. “We were going to hear from women from…all points of view … we wanted to hear where they were coming from. The more women share their stories, the more [abortion] is seen as something that affects many, many women from all walks of life.”

From the Capital, Droz Tragos headed to Hope Clinic in Granite City, Illinois, where many Missouri women were seeking care just over the border after hearing about the new legislation. The film begins to take shape around the journey of Amie, a 30-year-old single mother who has made the decision to have an abortion and seeks care at the Hope Clinic. “I cannot put my family through another kid right now,” Amie tells the camera outside her home, her foot rocking nervously; she has an eight-year-old and a five-year-old and works 70 to 90 hours a week. “There’s no way I can physically carry a baby and work,” Amie says, en route to the clinic, passing a billboard asking, “Did you defend unborn children?”

At the clinic, Droz Tragos introduces the staff. A security guard known as Chi Chi for her chihuahua-esque feistiness is tasked with thwarting protesters and covering the faces of patients that arrive in secret.

“I hear some of these young girls say, ‘If my mom or dad knew I was pregnant, they’d kick me out of the house,'” says Barb, a self-described talker who likes to chat up patients as she starts their IVs. “Well isn’t that when you need your family the most? I think so.” 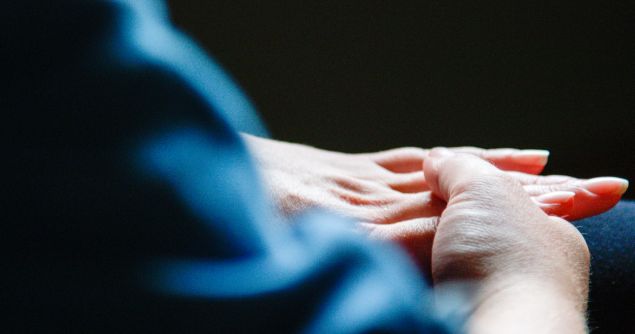 A still from the film. Photo: Courtesy HBO

Dr. Erin, who previously worked at Planned Parenthood in Chicago and now provides care at the clinic, explained that within six months of working in the St. Louis area, she was immediately targeted as an abortion provider by protesters who picketed at her house. “I just consider myself a gynecologist,” she explained. “I think it’s sort of sad that you have to segregate yourself from what people think of as normal medical care.”

Expansive patient interview footage offers a wide range of experiences and opinions. A young woman named Sarah explains that in her 12th week of pregnancy, she discovered that her baby had amniotic band syndrome. “There are limbs missing and skull did not form,” Sarah tells the camera. “If I were to give birth, the baby would not survive.” The hospital she had initially visited did not offer abortions, and in Missouri, she would have had to wait three days under the law just to file a form, before scheduling an appointment a week or two after. “Knowing you have to wait that long to go through with your decision … and knowing that the baby’s not going to survive at all—it’s just heartbreaking.”

Another woman named Monique whose husband was verbally and physically abusive (“One time he cracked me at the back of my head, and I fell forward and didn’t even catch myself”) opened up about a nurse who let her squeeze his hand during the procedure. “In a place where I had…nobody, that just by him taking my hand…” she says before trailing off, her eyes welling. “I had nobody to tell.”

“Had it been anything other than the diagnosis we got, there’s no doubt in my mind that we would have kept him,” said Chelsea, whose baby’s skull never developed above his eyes and ears. “We’re both Christians, we believe in God, and it was really tough feeling like [our] decision was okay,” her husband notes. The couple had reached out to their lead pastor who was supportive of their decision to terminate the pregnancy. “Had they not been supportive, it wouldn’t have changed my decision, but I’m glad that they did,” says a teary-eyed Chelsea.

“I certainly hoped that as a filmmaker I [could] be open and curious to views that are different from my own.”—Tracy Droz Tragos

To foster a richer discussion, Droz Tragos included the stories of several women who do not support abortion. “I look at that Planned Parenthood. It’s P-l-a-n-n-e-d. And my middle name is Ann…And I’m like, ‘O.K., Lord are you telling me I need to get in the middle of this?” says Kathy, a zealous pro-life leader intent on turning Missouri abortion-free and a central figure in the film. In the opening we hear her in a voiceover: “God is kind of in the business of doing miracles.” She ultimately reveals that her mother nearly decided to terminate her pregnancy.

“I think in the end [they] were happy to have a voice and happy that their stories were going to be included,” Droz Tragos said of Kathy and several others of the pro-life camp in Missouri, many of whom feel their views are misrepresented, and a surprising amount of whom had had an abortion—or multiple—themselves. Susan Jaramillo, a writer and Christian missionary whom Kathy invites to speaks at an anti-abortion event, has had three and is adamant about the negative effect they’ve had on her.

“It was important to me even if I didn’t agree with their point of view, I certainly hoped that as a filmmaker I [could] be open and curious to views that are different from my own,” Droz Tragos explained.” If I’m only surrounding myself with people who think exactly the way I do, it’s a pretty boring story. And It’s important for the conversation around reproductive rights and abortion care to include all points of view, to really open that conversation up more than it has been.” 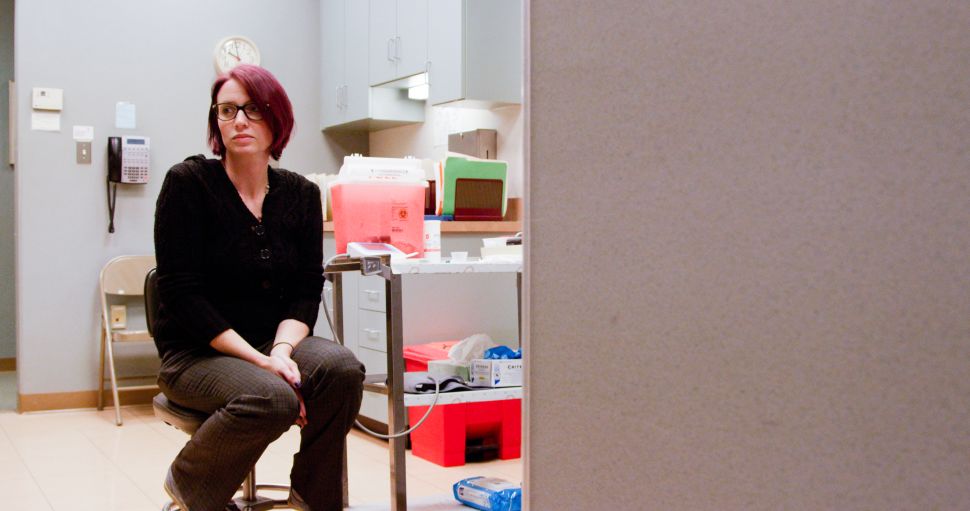