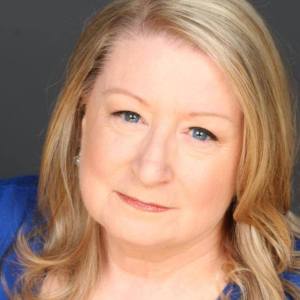 Democrats in central New Jersey will see another surprise victory this year if one congressional candidate gets her way and knocks out longtime Republican incumbent Chris Smith. Former financial executive Lorna Phillipson told PolitickerNJ that as a resident of the fourth congressional district, which encompasses parts of Monmouth, Mercer and Ocean Counties, she wants to see an end to what she sees as Smith’s right-of-center views on women’s health.

Phillipson believes that she can capture some of the momentum that has turned Monmouth County into one of state and county Democrats’ newest territories. Assembly members Joanne Downey and Eric Houghtaling (both D-11) swept in with a surprise victory in 2015 due to strong labor support and significant PAC spending, and county chairman Vin Gopal has put together a strong county ticket for this November.

Pointing to Smith’s many anti-contraception proposals since he took office in 1981, Phillipson said that his controversial attempt to change the statutory definition of rape in the Hyde Amendment was a turning point for her.

“I finally got to the point where it’s just enough. I don’t want him there any more,” she said. “His hallmark is he’s written over twenty bills to ban contraception. Not abortion. Ban contraception. And he wants to rewrite rape.”

Smith unsuccessfully tried to change the language of the Hyde Amendment, which bans federal funding for abortion except in cases where women are pregnant as the result of rape or, and when the mother’s life is in danger. His changes would have specified that the rape would need to have been “forcible.”

“It’s disturbing to me. He, to me, wants us back in the 1950s. Women barefoot and pregnant, and I think that this is the 21st century. We’ve got to move forward. He’s pushing his religious policies on the rest of us and this is a district that is not like that.”

Citing Smith’s support for Republican Speaker of the House Paul Ryan’s budget, Phillipson said that she wants to bring one more vote against cutting services to the House floor.

“They’ve been supporting him over the years because he’s the incumbent, and they tend to like him for that reason,” Phillipson said of Smith’s support from labor. “Even my Republican mother has recognized that he has failed her as a senior.”

“This is one of those very strange election years where I think people will vote down the line, because they are learning who the people are and are more engaged in the politics this year,” she said. “Monmouth County could be a big upset because we did well last year in getting two assemblymen, which was totally unexpected.”

Asked what she thinks voters will be watching for this cycle, Phillipson said that the economy will be foremost in most people’s minds. She believes her decades of experience as a financial executive at firms like Danske Bank and Stewart Forbes Venture Capital, and as a professor of economics at NYU, leave her well-suited to serve as congresswoman.

“They tend to vote with their pocketbook on issues,” she said of her socially liberal and fiscally conservative district. “For them it’s still jobs, it’s the economy, it’s making sure that their savings are there. It’s making sure seniors are covered with their social security.”

On the most contentious fiscal issue plaguing New Jersey — how to fund the ailing Transportation Trust Fund with a hike to the state’s gas tax — Phillipson said she is a reluctant supporter of raising the gas tax, one of the lowest in the country. That plan is caught between competing bills to offset with a phase-out of the estate tax or a costlier one-percent cut to the sales tax.

“I’m going out on a limb here and saying that we really need to pass it,” she said, adding that neither proposal has moved her more than the other. “If they put the gas tax through and then offset it with something else, it’s not going to bring in the revenues that they need in the long run.

“It’s still going to be less than what everybody else is paying. And yes it hurts.”