This week, as the sports world focuses on Rio de Janeiro, Yad Vashem, the World Holocaust Remembrance Center, commemorates athletes who may not have earned a gold medal in competition, but certainly possessed hearts of gold.

One of Yad Vashem’s online exhibitions, “The Game of Their Lives,” tells the stories of Righteous Amongst the Nations who devoted their lives to sport. In these stories, sports often served as a bridge between Jewish and non-Jewish people, forging solidarity and friendship. These bonds would later help save Jews from Nazi persecution during the Holocaust, as non-Jewish athletes risked their lives rescuing their Jewish peers. Featured are 10 stories of brave athletes, coaches, instructors and sports reporters who have set an example of what it means to be a hero for today’s Olympic athletes.

One story tells of Ona Žilevičienė, her football player husband Danielius, and his mother, Adolfina. Ona worked at the Vilnius Football Club and often saw a Jewish woman from the ghetto who came to clean the nearby courts with her four-year-old daughter Genia. Ona and her family agreed to take Genia in, as she could pass as her own daughter if inspectors came. Genia stayed with the family, disguised as their daughter, until liberation. Unfortunately, Genia’s family was never heard from again, but Genia survived and immigrated to Israel in 1957.

Another story tells of Žarko Dolinar, a Croatian silver and bronze medalist in Table Tennis. He worked as a coach in Zagreb at the Maccabi Sports Club run by the Jewish community. Because he was well known, Dolinar was welcomed into the Ustaša headquarters and municipal offices, where he stole blank identity papers and seals to make permits. Along with his brother Boris, Žarko saved many of his Jewish friends, as well as families, by personally escorting them by train toward their destinations. Žarko continued his sports career after the war and earned eight medals in the World Table Tennis Championships.

These heroes perfectly embody the first Fundamental Principle of Olympism, taken from the Olympic Charter, which explains, “Olympism is a philosophy of life […] the educational value of good example, social responsibility and respect for universal fundamental ethical principles.” By risking their lives to stand up for human rights, these athletes not only saved many Jewish people from genocide, but set an important example for humankind.

A second Yad Vashem online exhibition for the Olympics, “Jews and Sport Before the Holocaust,” features a visual retrospective of Jews who engaged in sports. Many of those pictured in the exhibition died during the Holocaust, but have pages of testimony submitted in their memory. The photos and their captions depict Jewish pre-war life as rich in culture, tradition and social life. Many Jews were renowned athletes, competing in sports competitions all throughout Europe, including the Olympics.

This week, as we see flags rise and athletes go for the gold, we remember that in the end, a gold medal may not be their most important achievement. Many athletes of the present and past are champions—champions of sport but also, and more importantly, champions of humanity.

Eliana Rudee is a fellow with the Haym Salomon Center and the author of the “Aliyah Annotated” and “Israel Girl” column for JNS.org. She is a graduate of Scripps College, where she studied international relations and Jewish studies. Her bylines have been featured in USA Today, Forbes, and The Hill. Follow her column on JNS.org. 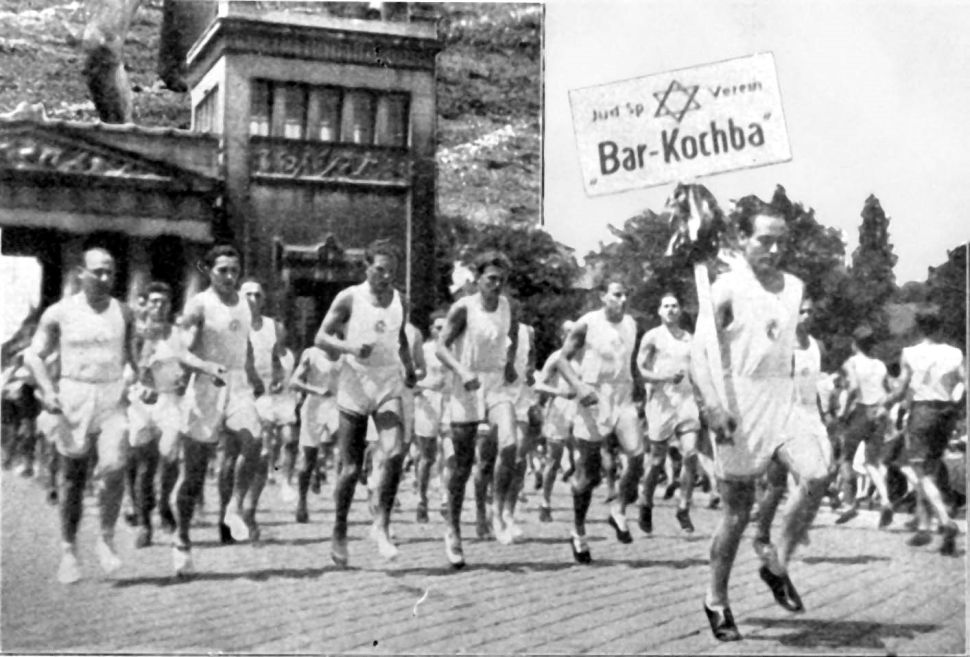