In today’s New York Times, former Central Intelligence Agency director Mike Morell initiated a firestorm by strongly endorsing Hillary Clinton for president. His memorable op-ed didn’t simply back the Democrat, her own grave security lapses notwithstanding. Morell went further, tearing down her Republican opponent as “not only unqualified for the job, but he may well pose a threat to our national security… he would be a poor, even dangerous, commander in chief.”

Normally that would be sufficiently lethal coming from a former CIA director, but Morell kept going, castigating Donald Trump as a pawn of the Kremlin possessing overtly pro-Russian views. He minced no words: “In the intelligence business, we would say that Putin had recruited Trump as an unwitting agent of the Russian Federation.”

Uproar ensued at once, and the Trump campaign dismissed the allegation as absurd. Mike Pence, Trump’s vice presidential nominee, lambasted Morell’s former agency as “the same CIA that told the president that ISIS was the JV team”—which isn’t exactly a denial of Trump’s ties to the Kremlin.

Critics have countered that Morell is a Clinton operative, but the former spook boss claims to be politically independent. The only “evidence” he’s on Team Hillary is his current employment with a Washington strategic advisory firm with ties to members of the Clinton inner circle.

Before that, Morell spent 33 years at Langley as an intelligence analyst, winding up as the CIA’s deputy director in 2010. Before retiring in 2013, he served twice as the agency’s acting director, in 2011 and again in 2012-13, enjoying a good relationship with President Obama.

Allow me to say to the GOP now: I told you so. And I wasn’t alone.

In other words, Morell is a typical high-flying mandarin in America’s secret spy empire, the 17-agency behemoth we call the Intelligence Community. These folks tend not to be partisan in a political sense, and if Morell’s a raging liberal and Republican-hater he’s been hiding it well.

Moreover, his depiction of Trump as “an unwitting agent” of Vladimir Putin is shared by many American intelligence personnel, including most of the ones I know. And I know a lot of them from my own time in the Intelligence Community. Among seasoned Russia-watchers and those acquainted with counterintelligence, I don’t know any spies who would substantially disagree with Morell’s comments on the Republican nominee.

In a recent column analyzing Trump’s bizarre comments on Crimea and Ukraine, I explained that his falsehoods uttered on national television meant that the GOP’s candidate “Either is clueless about Crimea and Ukraine, being totally unfamiliar with the basic issues, and decided to pontificate on the subject regardless while on national television. Or he is consciously parroting Kremlin propaganda.”

Morell has chosen my second option for Trump, characterizing him as Putin’s man. The term “unwitting agent” is spy-speak for what Lenin (supposedly) famously termed a Useful Idiot, that is, someone who is duped into spouting propaganda that he may not fully understand. This is a harsh assessment but more charitable than the accusation that Trump’s is a witting agent of the Kremlin.

The case for Morell’s charge is circumstantial but impressive. We have Trump’s repeated business dealings in Russia, dating to the Soviet era, none of them very successful, though that didn’t stop the candidate’s son from declaring in 2008 of the Trump Organization: “Russians make up a pretty disproportionate cross-section of a lot of our assets. We see a lot of money pouring in from Russia.”

Longstanding rumors of less-than-clean Russian money backing the Trump Organization, coupled with the Republican nominee’s steadfast resistance to release his tax returns, would make any counterintelligence officer wonder what’s going on here, particularly given the Kremlin’s willingness to clandestinely throw money at causes in the West it deems friendly to Russia and Putin.

Then there are the top members of the Trump campaign with questionable Kremlin ties. Mike Flynn, Trump’s national security guru, is a retired U.S. Army lieutenant general and former director of the Defense Intelligence Agency who in retirement has lots of nice things to say about Russia. His frequent appearances on RT, the Kremlin’s propaganda network, look suspicious, while his appearance at RT’s 10th anniversary gala, complete with a photo op with President Putin, looks even worse. That Flynn won’t answer questions if he is a paid contributor to the Kremlin’s network has set off alarm bells in Washington.

Carter Page, Trump’s go-to guy on Russian matters, unquestionably was paid by the Kremlin during his employment with Gazprom, Russia’s state energy behemoth. Page consistently spouts pro-Moscow views and reliably takes the Kremlin line on a host of issues. Nobody who’s followed him was surprised that, during a recent visit to Russia, Page publicly attacked the United States, pointing to America, not Russia, as the source of the current difficulties in the relationship between the two countries.

Perhaps most troubling is the pivotal role played by Paul Manafort, Trump’s campaign chairman, who’s spent a lucrative career as a fixer for unsavory politicos and dictators around the world. One of them was Viktor Yanukovych, Ukraine’s corrupt ex-president and Putin’s man, who fled to Russia after he was booted from office in early 2014. It’s not clear if Manafort still has a financial relationship with Yanukovych—which, given his client’s position as a guest of the Kremlin and a ward of its intelligence services, seems like an important question to ask.

There’s a lot about Donald Trump’s ties to the Kremlin we don’t know, but what we do know is bad enough. His campaign is riddled at top levels by people with troubling connections to Moscow. His business dealings with Russia are not transparent. His casual mouthing of pro-Kremlin propaganda has become routine.

All this is why a lot of American intelligence officers view Donald Trump as a stalking horse, witting or not, for Vladimir Putin. Mike Morell simply said publicly what many veteran spies have been saying privately for a long time.

I know because I’m one of them. During my time in the counterintelligence business, the Trump Organization came up more than once in discussions of American businesses with cozy ties to Moscow. I’m not free to say more—I take my lifetime secrecy oath seriously—but it’s time the American people start to hear the truth.

I was among those who repeatedly warned the GOP that Donald Trump had connections to the Kremlin that needed thorough examination and careful vetting. During the Republican primary, as Trump demolished one rival after another, some of his opponents knew that the real estate mogul turned reality TV star had troubling ties to Moscow.

They did nothing with this information. Sen. Marco Rubio’s campaign ignored it altogether. Even Sen. Ted Cruz, Trump’s most dogged foe in the GOP race, limply brought up rumors of the Trump Organization’s mafia ties. It was too little, too late to matter. Now the Republicans are stuck with a nominee who’s tanking in the polls, who seems programmed to self-destruct, and who’s just been called out by the former head of the CIA as a Russian agent.

Allow me to say to the GOP now: I told you so. And I wasn’t alone. Now Hillary Clinton has come out with a devastating campaign ad highlighting Trump’s dubious ties to Putin and the Kremlin. It’s devastating because it’s based on facts—facts which the GOP knew about long ago but chose to ignore. 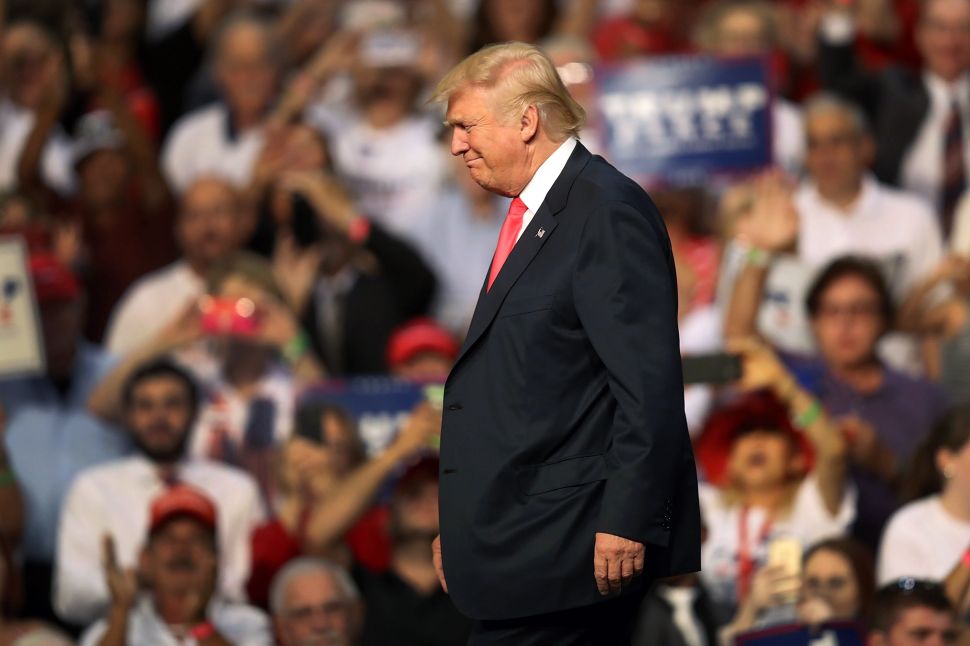