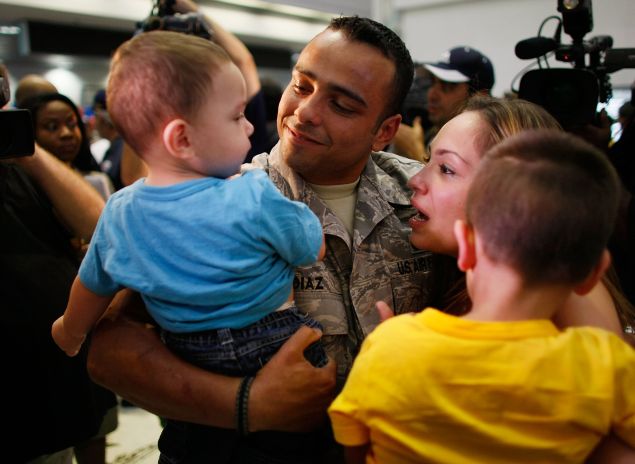 An Air Force E-4 Senior Airman greets his family as he arrives home after a six-month deployment to Iraq. (Photo: Joe Raedle/Getty Images)

It’s human nature to look around, to see who has it better—in life and especially in our jobs.

My husband has been in the Army for close to 18 years—not including a 10-year break in service during which he went to college and worked in the corporate world… until the sweet siren songs called him back.

Between the people I meet through him and in my own work as a mental health therapist (where the bulk of my clientele are either military members, military spouses, or retirees), so many seem to think that life outside the military will be so much better.

Sure, there are benefits to getting out. For starters, there are no deployments.

My husband is about to leave for six months. People keep saying, “he just got home!” He did. By the time he leaves, it will have been exactly six months since he returned. That is obviously the biggest downside to being a military spouse. My girlfriend’s husband is already on deck for his third year-long deployment. (Meanwhile, there are other service members who have never deployed—but that’s for another day.)

He gets up early. Most mornings his alarm goes off at 4:30 a.m. He drives 35 minutes to work and usually gets home around 6 p.m. Because he is expected to stay in shape, he runs most mornings. He has to do PT (physical training) tests to prove he is maintaining standards.

He works through lunch. His wardrobe is heavily regimented (new rules! They can roll up their sleeves—which is huge when it is 100 degrees outside!). He gets last-minute instructions to go somewhere, attend a training, come in early, stay late, or solve a crisis. He deals with other people who don’t do their job and need babysitting. (I’m sure this comes with most other careers, too.)

I understand the eagerness to get out of the military. After X years of getting up before the sun, schlepping through the woods and desert in the rain/snow/heat, being away from your family for days, weeks, months, or years, missing birthdays, holidays, and anniversaries, and wearing the same outfit day after day, the grass may seem so much greener in the “outside world.”

“I’m going to wear a suit! Sleep until 7! Be home for every holiday! Grow a beard!”


Spouses are usually on board, too, “No more solo parenting for months at a time! You will be home for Christmas! We can move closer to family!”

I gave birth to my first child in a foreign country. I get it; it’s tough.

But they are forgetting a lot.

First and foremost: compensation. The military pay structure is (somewhat) fair in that you get a base salary, based on your rank and time in service. The longer you stay in and the higher rank you achieve, the more money you earn.

On top of that, you get a basic allowance for housing—also based on rank, with considerations for the base at which you are stationed. (An E6 stationed at Fort Bragg, for example, will not get as much for housing as an E6 stationed in San Diego.) Finally, you make further “allowances” based on training or skills you may possess.

Let’s say you are a 23-year-old who enlisted out of high school, at the age of 18. You have been in for five years and have earned the rank of E5. Based on averages, you make about $31,000 per year in base pay. If you are stationed at Fort Sam Houston, Texas, you make an additional $19,548 per year in housing allowance, assuming you have a spouse and/or children. This puts you at over $50K per year as a 23-year-old with no college education. Now your five-year enlistment is about to expire, and you want to go off in the real world.

You are likely incorrect.

According to the National Center for Education Statistics, as of 2014, the average income for an individual with a high school diploma was $30,000. Yes, some people make more. But some make less. And, even if you are average, you still just took a $20K pay cut.

Another expense a lot of people don’t consider is healthcare. Yes, Obamacare has made it more affordable for many to obtain health insurance—sometimes at a very reasonable cost. Unfortunately, it has not solved the train wreck that is our healthcare system. Count on paying a few hundred per month for premiums for a family, often with a deductible that could be in the thousands. Compare this to (the most popular military plan) spending $0 per year with 99.999% of your care being covered with no co-pays or deductibles. It will be a rude awakening the next time you get sick, or even sooner if you have ongoing health issues that require maintenance.

Finally, let’s look at vacation. The average job offers two weeks of paid vacation per year. In the military, you collect 2.5 days of vacation days per month, adding up to 30 days per year. You really can’t beat that. Granted, most service members have tons of vacation days hoarded because it’s difficult to actually take that many days off, but it’s still quite different from civilian jobs. My husband has had 30 days off in a row before.

I understand the desire to get out. There are a lot of frustrations and disappointments with being in the military, but there are also a lot of benefits. Every job comes with downsides—but most don’t come with a 10 percent discount to Lowe’s (totally worth it). 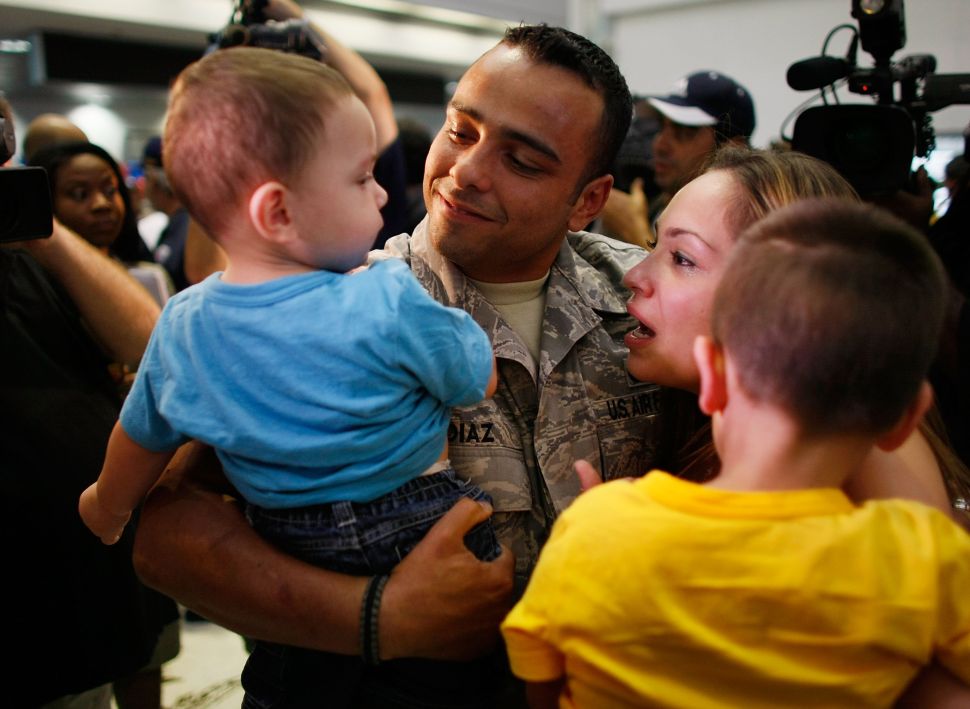