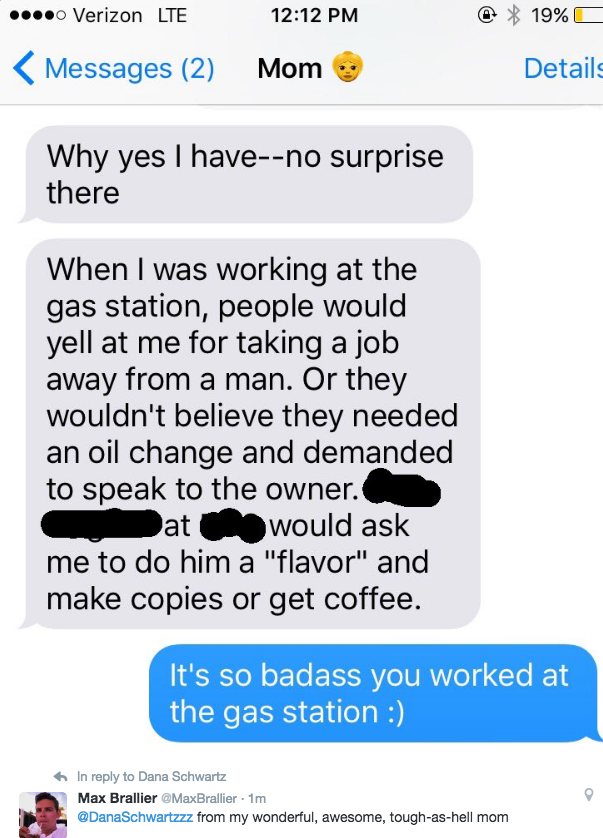 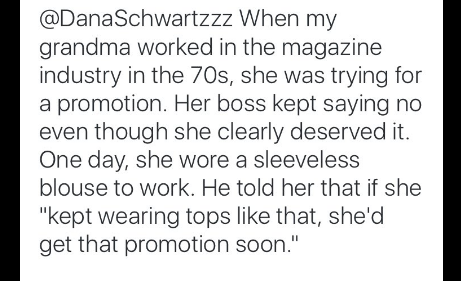 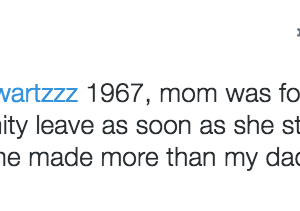 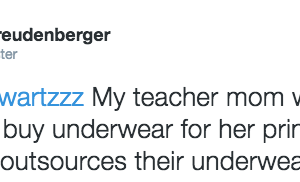 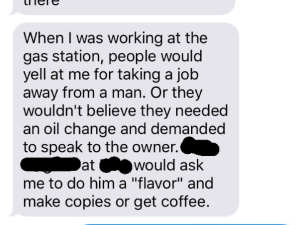 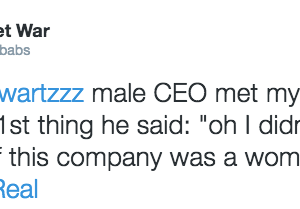 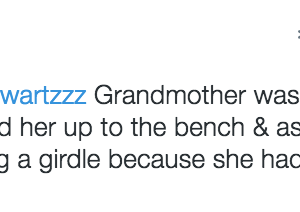 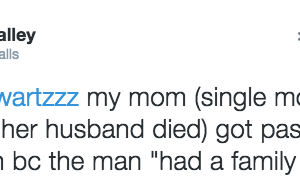 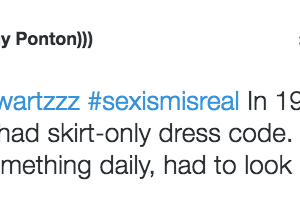 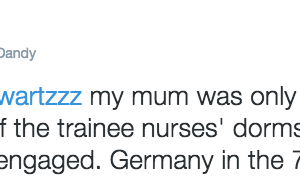 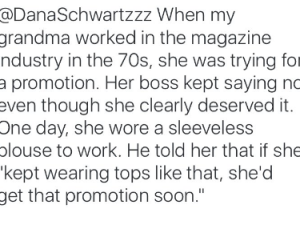 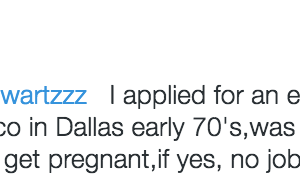 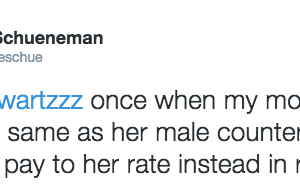 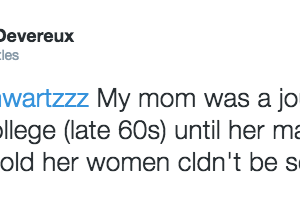 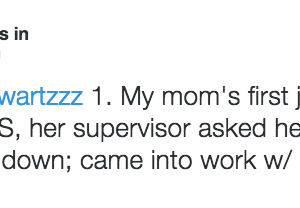 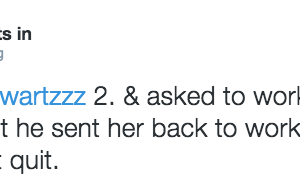 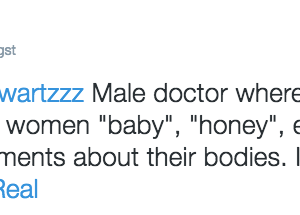 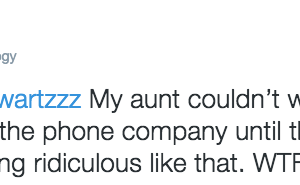 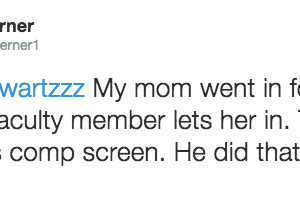 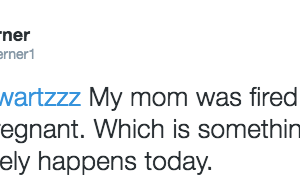 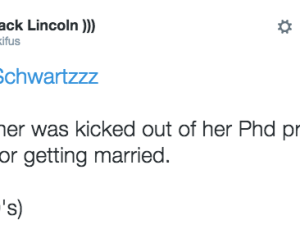 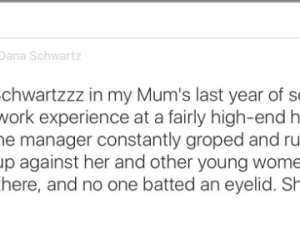 Once upon a time there were two twin brothers, both of more or less the same ability and attractiveness. And yet, from infancy, they’re treated differently.

Brother A is told over and over that he’s a champion. His parents say he’s the smartest boy they’ve ever seen, and every year on his birthday they give him Legos and joke that he’s going to become an engineer just like his dad. They sign him up for baseball.

The parents love Brother B, too. They tell him every day how handsome he is, and how he’s going to be a heartbreaker when he gets older.

In school, when Brother A makes jokes, everyone laughs. The teachers think he’s charming. Girls like him. It’s a great feeling. He makes more jokes. When Brother B tries to be the class clown, people just stare.

When the boys are 16, they both get a job at a local newspaper. Brother A is paid $10 and Brother B is paid $9.50. B finds out about this weeks later, but doesn’t ask about it. In fact, he doesn’t even tell his brother about it because he’s embarrassed. He must have been less qualified. He must deserve less money.

For some reason, Brother A is taught how to do hands-on reporting. The boss calls him into his office and they spend all afternoon laughing about loving baseball. He hires him to be his personal assistant and Brother A spends the rest of the summer working closely with his mentor, eventually getting to file a story and winning a student journalism award.

For some reason, the office always seems to ask Brother B to pick up the phones when the receptionist steps away from her desk. They ask him to plan the office birthday parties, and seem to talk over him when they’re discussing important, editorial issues. The boss calls Brother B into his office too, except he spends a few minutes making small talk, and then comments on how tight Brother B’s pants look. The boss didn’t do anything wrong, not really, nothing he can report, but Brother B feels uncomfortable around him for the rest of the summer. In fact, he doesn’t tell anyone about it, because it’s so embarrassing. He blames himself. He shouldn’t have worn such tight pants. He’s glad to get out of there when school starts.

Ten years of encouragement later, buoyed by his award and a great recommendation from his mentor, Brother A is a success. He is a high-ranking editor at an architecture magazine. Brother B applied for a magazine job too, but for some reason when the editor found out he and his wife were having a baby, he seemed less likely to want to hire him. Brother B takes a lower paying job to help support his family, and when his parents compare him to his brother, they shake their heads. Brother A and Brother B would be getting paid the same, it’s just they made different choices.

And now, here’s that annoying part in this charming fairy tale allegory where I say—of course—the difference between Brother A and Brother B is one represents the way most boys are raised, and the other represents a common experience for girls.

If you don’t believe in institutional sexism, at least acknowledge that, in theory, there might be a profound effect in the long term between two children if one was told their entire childhood that they were a genius, a comedian, a baby scientist, a pro-athlete and the other was told they were a beautiful princess. Acknowledged? 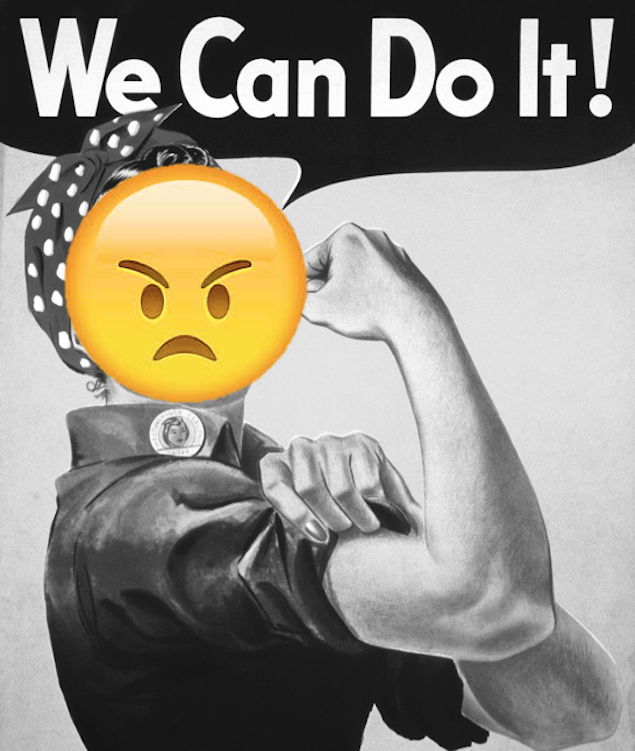 Now pay attention, because it gets SO MUCH WORSE.

The subtle, well-meaning sexism I described above exists, undeniably, but then there’s the explicit, dangerous, unraveling sexism that far too many women have experienced throughout their careers.

Yesterday, I wrote an op-ed about how difficult it is to call out sexism today without sounding like a wet blanket. I intended the article to provide a lens for understanding some of the unconscious sexism Hillary Clinton has faced over the course of her lifetime (she was seventeen years old before a law passed making it illegal to discriminate based on race or gender). We women have just barely got the right to get a credit card or own property outside of our husbands.

If you can’t wrap your head around it yet, do something for me quickly: text your mom right now and say, “Hey, I know I haven’t texted in a while because I’ve been a bad son/daughter/nonbinary child, but I was just wondering if you faced any sexism in your career?”

Really. Do it. And then tweet the answer to me, @DanaSchwartzzz, because when I asked my Twitter followers earlier, the responses were eye-opening. Scroll to the top of the page and check them out for yourself.

But then the responses kept coming, and I was forced to acknowledge something I secretly hoped wasn’t true. Sexism didn’t dissolve when Sally Ride left the stratosphere. Women today are experiencing some shit. And for a lot of cultural reasons we really don’t talk about it enough. We’re dismissed as being whiney, or playing the victim which is an incredibly sneaky way of letting the perpetrators off the hook.

And how about a bunch more?

No more being good sports and waiting our turn. Here are just a fraction of the stories I screenshotted from Twitter. I said earlier you should ask your mom about sexism in the workplace, and you should. But, turns out, you should also be asking your sister, and your girlfriend, your daughter, and the woman who sits next to you at the office. Because if you personally have been lucky enough not to experience sexism, I guarantee there’s someone within six yards of you that has, and hasn’t made a fuss because she’s been told all of her life that “not making a fuss” is the right way to behave.