The #UberSummerSeries (yes, it has its very own hashtag) is officially coming to a close. The first performer at the free concert series was rising hip hop star Jhené Aiko. She was followed by R&B singer Yuna, all on the rooftop of the chic boutique Hotel Indigo in the Lower East Side.

While the usual rooftop crowd at Mr. Purple wears floral rompers, that Reformation summer top, while the former fraternity gentlemen wear boat shoes, the Uber summer concert series draws a decidedly hipster set, more than likely bused in from nearby Williamsburg and Bushwick. That’s because show-goers need to either know someone or use a special Uber code, that’s only announced the day of. It’s an underground way to impress friends, critical app dates or out of town visitors.

The third concert features indie favorite St. Lucia tonight. Doors open at 6:30 and the concert starts at 7:30, but you’ll want to get there early or else security pulls rank. Simply open up Uber, put in the code and head to the 171 Ludlow Street entrance to check in, as long as you’re deemed worthy. Complimentary cocktails are provided by Perrier and UberEATS will even come through. Then, stay for music, cocktails and rooftop views perfect for a Snapchat story. 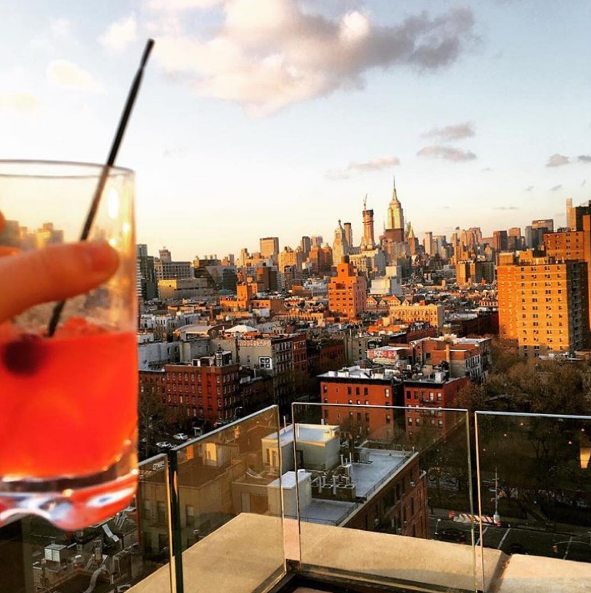