Most people who go into a doctor’s office have legitimate medical problems that need to be checked out. But then there are those who, because of pride or embarrassment, decide to lie or mask their symptoms for as long as they can.

This morning during an Ask Reddit thread, a group of doctors told very graphic stories about the ailments people have tried to hide from them (though the patients’ names weren’t revealed because of HIPAA laws). Warning: many of the stories feature detailed descriptions of objects getting stuck in private parts.

The guy who had too much fun at the bar

“In Provincetown, a man came in complaining of severe burning pain in his urethra, even when he wasn’t peeing. Doc couldn’t find any reason why, and the guy couldn’t provide any. Finally asks the guy what he does, he says he works at a popular gay bar where — oh! — he does ‘Champagne Shots.’ That’s when you fill your pee-hole with champagne, then get up on the bar and piss it into the mouths of paying customers. He did dozens every night.”

“I work in the the lab and the pathology department gets the foreign body items removed from a patient’s body after surgery. Recent one was a chorizo sausage.”

Don’t try this at home

“A 60 year old woman came in after ‘falling asleep and rolling on a pincushion.’ She had three two-inch needles in her left shoulder on X-ray. Later found out she had been trying self acupuncture.”

Listen to the doctor’s instructions

“Sent a male patient into the bathroom to collect a urine sample. Took him much longer than expected. He misunderstood and gave a semen sample.”

“A man came into the ER with a birthday candle in his penis. He had stuck it in there to surprise his girlfriend on her birthday, but when he lit it the melted candle wax stuck to him.”

“One time a lady came into the ER with itching/pain in her vagina. She said she had used some garlic as a natural way to fight a yeast infection. She didn’t eat the garlic…”

“An Elder Wand replica was stuck in his butt. Had to resist to ask whether he had tried ‘Accio wand.'”

“On Thanksgiving I had a pain almost literally in my ass, but more toward my perineum. Ingrown hair/ abscess type thing. Went to the ER since it was a holiday and I could hardly sit. When they asked what was the issue and where it was located, I said ‘In a sensitive area.’ When they pressed further I said ‘My perineum.’ ‘OH!’ the nurse replied. ‘Your TAINT!’ We all had a good laugh and I had my taint lanced.”

The devil made him do it

“We had a pastor from a local megachurch come with 28 inches of pool noodle in his ass. Had to go into surgery to have his colon and small intestine repaired. Said he needed to get home before his wife came back from Europe so she wouldn’t find out what the ‘devil’ was making him do while she wasn’t around.”

“An old woman came into the ER with a high fever, abdominal pain, dizziness, etc. She’s showing signs of toxic shock syndrome (like when you leave a tampon in too long) so the doctor decides to check the woman to make sure nothing got stuck up there. Sure enough, she looks up there and half shits her pants when she sees two beady little eyes staring back at her! The doctor begins to pull it out to which the old woman responds, ‘put it back!’ Turns out the old woman (well past menopause) had gone to a bad witch doctor to help her get pregnant. Her recommendation: put a (now dead) turtle up there for a few days and she’d regain the ability to get pregnant.”

“Not sure if this counts as hiding, but a patient we recently had tried to play off a rampant staph infection as ‘just some leg swelling’…turns out what he meant by that was he had a horrible infection in and around his genitals (something known as “Fournier’s gangrene“—do yourself a favor and don’t Google that). The swelling had gotten so bad that his penis had literally inverted. He later told us that he had to pee with a 5 gallon bucket held up to his crotch because he no longer had any idea where the pee was going to go.” 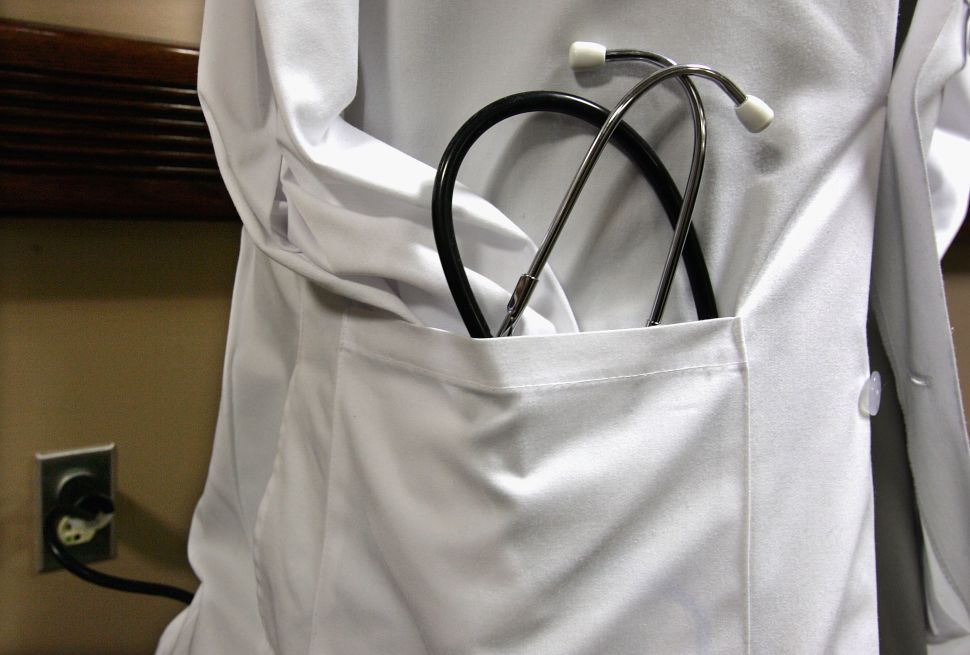