For nearly a century the Grand Canyon has been one of the world’s most famous natural tourist attractions—over five million people visit the park each year.

But a new proposal for a resort development on the eastern rim of the canyon (which affects land that is not formally part of the national park) has started a rift in the Navajo Indian nation that calls the area home, and several advocacy groups are using the internet to rally for their cause.

The proposed development, called the Grand Canyon Escalade, would consist of a tramway from the east rim to the bottom of the canyon, where there would be a riverwalk, amphitheater and food court, along with hotels, shops and Navajo crafts.

Critics in the Navajo nation, however, say that this commercial enterprise threatens the serenity of their land—Navajo tradition holds that the confluence of the Colorado and Little Colorado Rivers, which is located near the bottom of the canyon and would be part of the development, is where the tribe first emerged into the world.

Confluence Partners LLC, the project’s developer, claims that the National Park Service does not recognize the confluence as a sacred Navajo place, and that the project wouldn’t go forward if it were.

But the NPS has said in the past that whether or not the Escalade is built on sacred land, it represents “a serious threat to the future of the park.” The Frequently Asked Questions page for the Escalade calls this assertion “nonsense.” (Escalade representatives did not reply to an Observer request for comment.)

Some of the area proposed for the Escalade is admittedly not within the boundaries of Grand Canyon National Park—it is owned strictly by the Navajo, and some on the tribal council do support the development, especially the (hard to swallow) claim that all 3,500 construction and hospitality jobs at the resort would be held by Navajo.

Other officials, however, vehemently oppose the idea, saying that Confluence has gone directly to the tribal government without getting input from the people who would be displaced. They also question why there is no formal loan agreement between Confluence and the Navajo (indeed, the tribe would receive at most 18 percent of revenue) and no plan to deal with issues like and sewage.

An updated bill was formally introduced to the Navajo tribal government Monday, and the tribe is accepting public comments on the Escalade plan through Saturday. Since time is of the essence, several outside groups have also come forward with their own petitions.

Save the Confluence, an advocacy coalition opposed to the plan, has started an online appeal assailing the developers for ignoring the environmental, legal, cultural and monetary impacts of the Escalade. Over 14,000 people on five continents have signed the petition—indeed, the page is getting such high traffic that this reporter encountered several error messages while trying to access it. (Save the Confluence did not reply to an Observer request for comment.)

American Rivers, a national conservation organization which is collaborating with Save the Confluence and the Grand Canyon Trust on this issue, is also protesting the plan because the canyon land (which would be hard to build on anyway given how remote it is) could become crowded, noisy and dirty, disrupting Navajo life.

The American Rivers petition has gotten over 30,000 signatures, and a video about it has been viewed over 500,000 times on Facebook:

“The Navajo Nation has a right to economic development and a better future for its citizens, but the Escalade is not the answer,” American Rivers spokesperson Amy Kober told the Observer in an email. “It is a novelty attraction driven by outside developers that is dividing the Navajo community.  It may have short-term appeal to some, but in fact it will diminish the very qualities that attract people to the canyon in the first place.  It is unwise to let outside developers profit in the short term by creating harm that will last for generations to come.”

After the public comment period ends this weekend, the legislation will be considered by three committees before the entire council votes on it—the resolution needs a two-thirds majority to pass 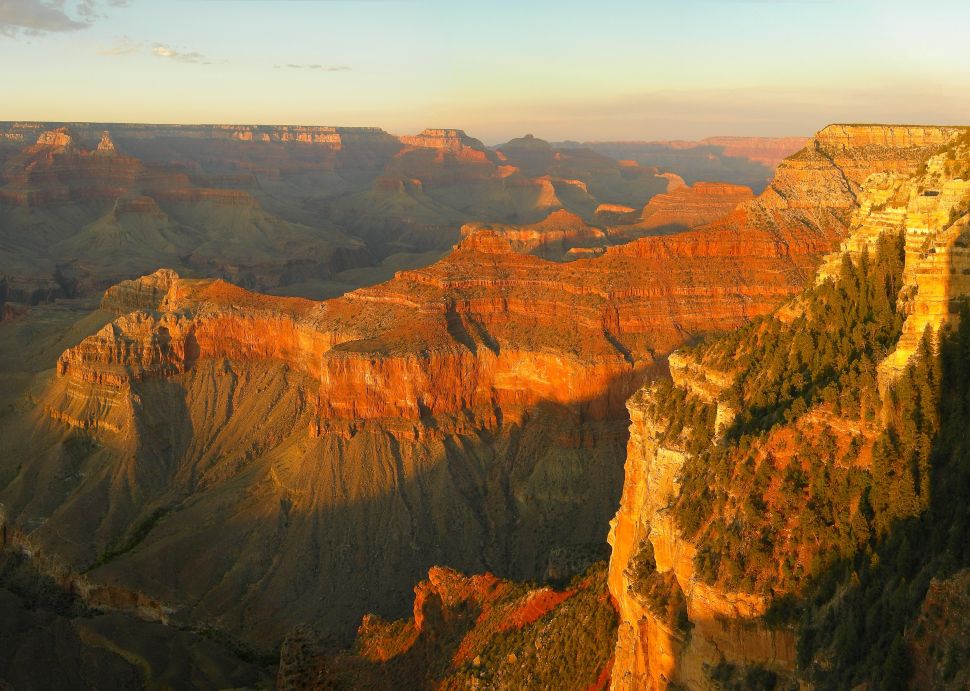