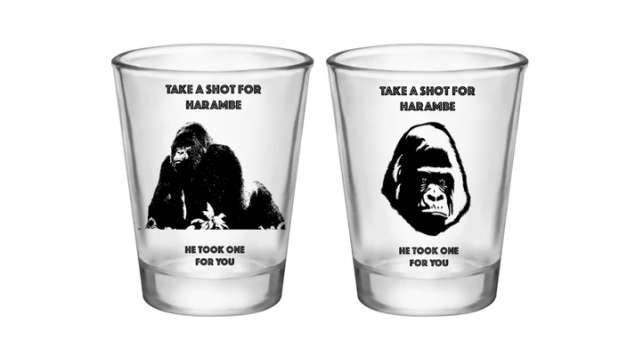 “Take a shot for Harambe. He took one for you.’

This is the phrase to be imprinted on thousands of shot glasses following the end of a Harambe-themed Kickstarter project that’s already raised more than $26,000, or almost 18 times its goal. The campaign still has 15 days to go.

The video for this project is much like the recent viral talk and memes of Harambe, and by that we mean it’s pretty strange. As gentle music and a soothing voice narrates the death and media coverage of Harambe, videos and images of not just gorillas but historical events (such as the March on Washington) and people taking shots flash on the screen.

While many (including the Cincinnati Zoo) have begged for the memes and viral jokes about Harambe to stop, people don’t seem upset about the Kickstarter. The general consensus about the project on Twitter is “LMAO.” 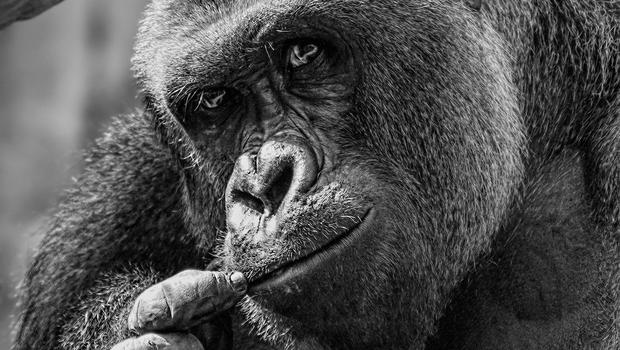