Well, I guess this it. Ain’t no room for ol’ iOS9 in an iOS10 country. Can’t say I mind much. An operatin’ system should know when its time has passed. Hell, I can’t believe you kept me this long.

I just want to say it’s been a real pleasure working for ya. You may not want to see me go, but it’s time. Now you can send texts with fireworks and stuff. That’s fun. I can’t do that. I never could. Damn, would I try to send texts with confetti, but I just wasn’t programmed to do it.

I’m sorry I never let you give a thumbs down to an iMessage. I’m sorry your music library was kind of a confusing mess. I’m sorry I didn’t have single parent emojis. I guess I’m just old fashioned is all. The world’s passed me by.

We had some good times, huh, kid? Remember that time you used me to look up how old Malin Ackerman is? Or when I accidentally loudly activated Siri when you were pretending to be on a phone call at work? Or how about when my battery died every day around three o’clock unless you specifically planned your life around charging me? That was the golden age of iPhones.

Back in my day, you couldn’t use Siri to Venmo somebody. I’m sure that won’t end up being a problem when you’re drunk at a bar. Siri definitely understands you well enough to complete financial transactions.

Oh now, look at me complainin’. Most of the new features you can turn off yourself if you want to. I guess it’s just hard for an old timer like myself to say goodbye. In a few months, once you’re used to iOS 10, I wonder if you’ll ever think of me.

Think of me every time you go to swipe your phone open but end up in that weird notification center. Think of me when you see that new “Home” app, as if you’d ever care enough to sync your kitchen lights to your phone like some sort of Smart House-inspired maniac. Think of me when the gun emoji that doesn’t quite have the same punch as the ol’ revolver at the end of the text: “works sucks. End me now.” People are going to think that you are in a fight at work, but I’ll know. I’ll know.

And, kid, don’t forget, I’ll always be right here (I’m pointing to my heart, but you can’t see that because I’m an operating system and I have no heart).

iOS10, be good to them, ya hear? They deserve it. They may be obsessed with their phones, and they may complain about your changes just because it’s something to do, but ultimately they use you to connect. And that can be a really good thing. Also, try not to let them contact “Danny DO NOT CALL.” He’s bad for them, and they really should have deleted him from their phone entirely like they promised their friends.

Now go on, get. I don’t want you to see me like this. Take me into oblivion, iOS10. This shell of a phone is yours now. Do it. Update and install. 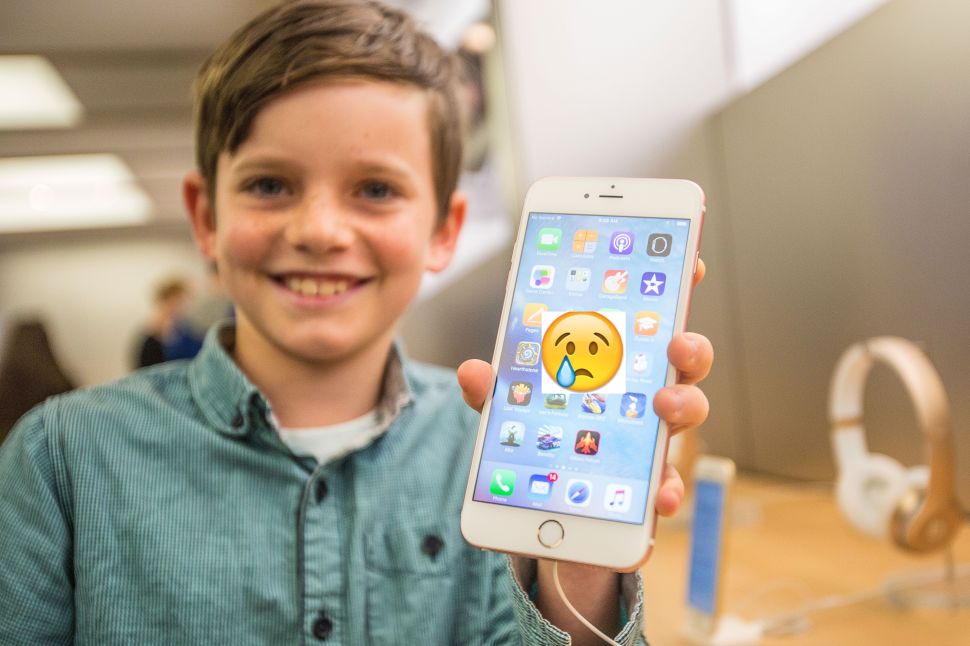 Filed Under: Entertainment, iOS 10, A Quick Word From, iPhone, Apple