A lot of weird stuff has been happening to data inside the internet’s walled gardens. It has been getting shut down by the people who own the sites we all depend on. There’s a protest going on at Facebook over the issue right now. One Turkish journalist is saying that his account has been blocked inside the country, at his government’s request; Palestinian journalists have a similar problem. YouTubers believe that their videos have been getting unfairly de-monetized by mindless robots.

On a more macro level, publishers that had worked hard to build a Facebook driven traffic strategy saw their traffic plummet when the social media giant decided it preferred user generated content. These decisions cut more deeply because so many organizations depend entirely on the big social sites for relevance. Some of them don’t even have standalone websites.

NowThis was feted at its founding in 2012 for building a news organization that assumed all of its content would be distributed on sprawling social networks, but it hasn’t caught on as a cultural force. Social network driven growth was a seductive way to reduce friction marshaling powerful network effects to build audience, which made it easier for content to go viral. That said, it seems like publishers forgot to consider the potential downside of depending on someone else’s IP to distribute content?

A Union Square Ventures and Y Combinator backed startup called Blockstack, just barely out of stealth mode, has been designing an alternative browser for what could be fairly described as another internet, one powered by the bitcoin blockchain. “They are in it for the long run,” Muneeb Ali, a CTO and Cofounder, said of his investors, during an interview with the Observer at his office. “They actually believe that this is the future.” In other words, even if a different kind of internet undermines past investments, investors still want to be positioned well for the next ones.

Blockstack’s browser, a fork of Chromium, is the first application for an internet that works much as this Economist journalist described in a prior post by the Observer. In its first version, it will only have access to this new internet. Some day, it could be built to work for both.

Ali spoke on the TEDxNewYork 2016 stage, describing an internet that couldn’t be censored. In that talk, he said, “The new internet takes away power from these large companies and takes it to where it always belonged, with the people.” The architecture the team has built is completely open source.

We met up with Ali alongside his co-founder, Ryan Shea. In their view, users will generate data by using services, but that data will not be held in those services’ databases—users would store all their posts, messages, photos and engagements on their own cloud sites, like Dropbox. Sites on this revised internet would access the data people created only as long as those people let them have access.

“The only people you get to see it are the people you share it with,” Shea added. “There’s no company in the middle.” It’s invisible to most users, but there is a company in the middle of nearly all our interactions online now. Verisign registers all .com domains today. It’s the company you have to trust that you’re really looking at the site you navigated to. Blockstack would use the blockchain to log where data can be found and who’s authorized to view it, but not to store the data itself. That’s the users’ job.

For a deep technical read on how Blockstack works differently, check out their login paper.

It’s a step further along the road of decentralization than the founders of crypto-powered social network Steemit have gone, letting users earn a stake in the system by posting, but ultimately storing all their content in one place, the Steem blockchain, which is owned by all users of the Steem currency.

Naturally, there would be nothing to stop sites built for Blockstack from making plaintext copies of users’ data, but if the originals all got stored in people’s own digital chests of drawers that gives the rightful owners considerably more power. We recently reported on another decentralized web product that makes it easier for creators to track attribution of their work across the internet, Mediachain.

The Blockstack approach should make shutting down the internet or blocking a particular site considerably more challenging. Domain registration is turned over to a blockchain (right now, that’s the original bitcoin blockchain), and no private interest needs to be involved. There’s no single point to tell computers where to look to find a site. There’s lots of places, and the more people use it, the more places there will be. If one path to information is shut down, another can found.

On this internet, no one would need to log in to websites, because your browser would use its built in public-private key pair to validate you on each site you visited. Online payments would not need a middleman like PayPal, either, because they would be made using the cryptocurrency wallet built into the browser. All of this, by the way, also makes building websites easier, according to Ali and Shea, because developers aren’t responsible for securing your data or your passwords.

Their first product was Onename, a decentralized identity service. When the system goes live, each person will have an identity, as will each browser and each application. That way every single part of the system can be permissioned. “It’s simple to sign up,” Shea said. “If you go to an app, it’s very similar to an app that logs into Facebook.” About 60,000 identities have been registered on Onename so far.

We recently reported that Microsoft has become convinced that identity will be the blockchain’s first true killer app. Blockstack is already in the giant software company’s ecosystem, though it is not the only company working to create a better, more secure digital identity. Additionally, the United Nations has set a goal of universal access to official identity by 2030.

Other companies are working on their own products for this distributed internet now. For example, the team told us to also look forward to something that works much like Medium around the time the team opens the browser to the public. After all, who would want an internet you couldn’t blog on? 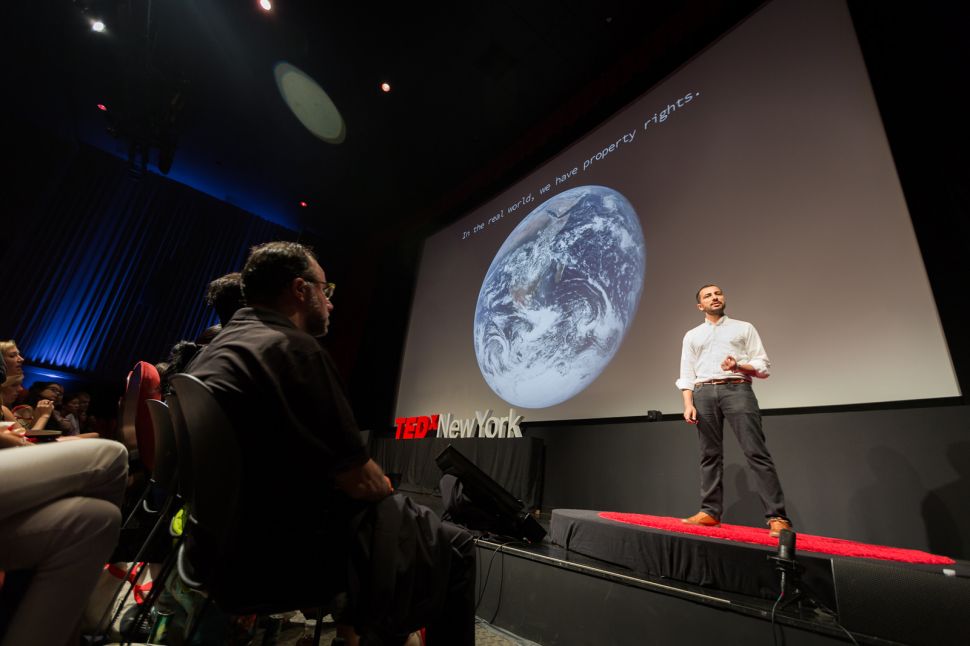