The night before California and five other states held their Democratic primaries, The Associated Press called the election for Hillary Clinton based on anonymous superdelegates, despite enough pledged delegates still up for grabs that Sen. Bernie Sanders could have potentially won. Superdelegates, already controversial for the subversion of democracy their role yields, don’t formally vote until the Democratic convention, and the AP’s decision was symbolic. Political insiders both throughout the Democratic Party leadership and media overwhelmingly wanted Clinton to win.

The California Democratic primary determined enough pledged delegates for Sanders to substantially cut into Clinton’s lead, but Clinton benefited from issues that arose with regards to how the primaries were conducted. The most significant was the difficult nonparty preference voters had in obtaining a crossover ballot, according to Raymond Lutz, the national coordinator at government watchdog Citizens Oversight Projects based in San Diego, California.

“You have precincts where maybe there were 30 to 40 nonpartisan voters and zero using a crossover ballot, and one right next to that precinct might have 30 crossover ballots. It differed greatly between precincts, even right next to one another, when the demographics would likely be the same,” Lutz said. “That was probably enough to swing the vote for Hillary Clinton because most of the crossovers, the nonpartisan voters, were supporting Bernie Sanders.”

In 2011, California passed Proposition 14, which opened all primaries, giving every voter the same ballot for most state and federal elections. But the presidential election was exempt. The Democratic presidential primary in California was semi-closed, meaning only registered Democrats and nonparty preference voters could participate. In order to obtain a crossover ballot, a nonparty preference voter had to specifically request one from election officials. Several independent voters were also duped into registering with the American Independent Party, an obscure right-wing political party in California that Lutz likened to Internet spam. A survey conducted by the Los Angeles Times found three out of four people registered with the party did so by mistake, consisting of nearly half a million voters.

“The early vote-by-mail ballots in the audited precincts that we checked, somehow Hillary Clinton won 58 percent to 42 percent,” said Lutz. “The ballots cast at the polls were flipped the other way, 58 percent to Bernie Sanders, to 42 percent Hillary Clinton. I’ve never seen it that dramatic. Usually there is a little bit of difference between sets of ballots, but we’re talking about the same precinct, same group of people, same demographic. The only difference being some decided to mail their ballot instead of going to the polls. And then there is a big difference between mail ballots received early to the ones received later. Still vote-by-mail voters, same precinct, with this dramatic difference.”

By the end of election night in San Diego County,  Clinton led Sanders by 30,000 votes, but 285,000 ballots had yet to be counted. Her lead decreased to 15,000 after the ballots had been counted, but if Non-Party Preference voters were helped to understand they needed to specifically request a presidential ballot, this could have made up that difference. This was common throughout the state, as it took several weeks for all ballots to be reported as counted, decreasing Clinton’s initial lead in California from 13 percentage points to 7.7 points. Lutz noted that the ballots in San Diego County were not audited.

“The solution in cleaning up our elections is to have really good audits that are well watched by people who understand what an audit is and how it works. It’s like if there’s police on the highway, everyone will drive the speed limit. We want people out at these precincts watching what’s going on so the election officials don’t try to break the law or fix things.”

On October 3, Lutz’s organization goes to trial against San Diego County for not following proper auditing procedures. “This lawsuit does not prove election fraud is occurring. Instead, it proves that elections officials are conducting incomplete audits, exactly what fraudsters need to fix an election,” Citizens’ Oversight said in a press release. The court decision will likely impact how every other county in California interprets the state’s election law on conducting audits.

While Lutz and his organization didn’t find any smoking gun pointing at election fraud in California, they did see reports of Sanders’ name being whited out on ballots in San Diego County. “Usually they remake the ballots instead of applying white out,” said Lutz. “There’s no way to really look into that. They don’t keep a record and they don’t have more than one person watching. The one person can say ‘I want so and so to win, we’ll just whiteout the other one.’ How do we know that they aren’t doing that? We really don’t.” 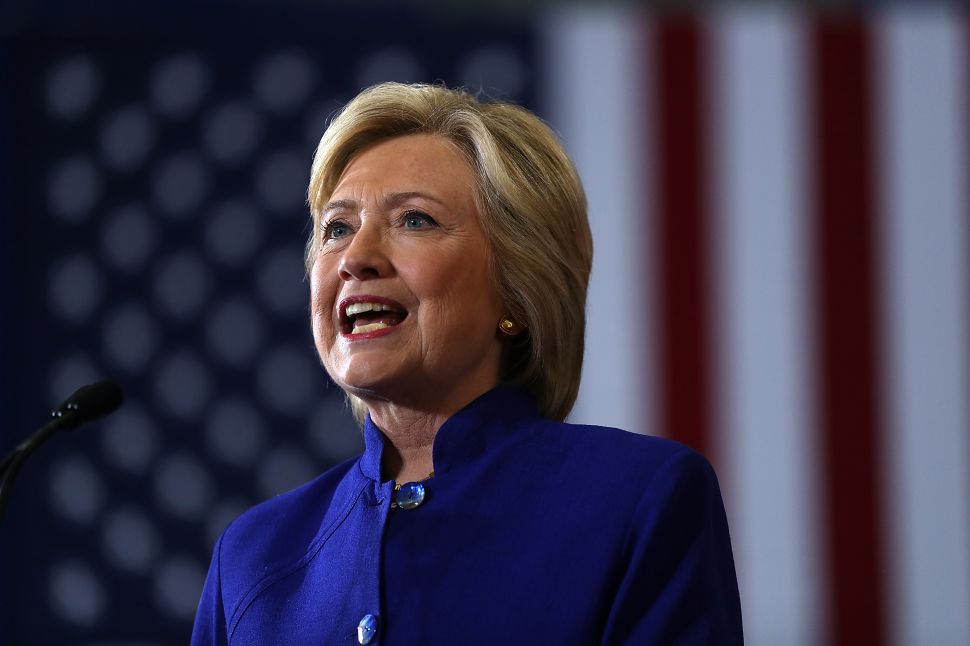