Rev. Al Sharpton assembled at his National Action Network’s Harlem headquarters the family of an unarmed black man who police killed last week in Tulsa, Oklahoma—and with them demanded swift prosecution of the officer involved and an end to efforts to “smear” the reputation of the deceased.

Taking the podium at the 145th Street office, Sharpton lambasted what he claimed is an ongoing effort by certain authorities to justify Terence Crutcher’s killing by pointing out his time in prison before the shooting and the PCP discovered in his car after his death. Cops had responded on Friday to reports that the Oklahoman’s vehicle had stalled on the side of the road, and camera footage shows the Crutcher with his hands up and appearing to comply with police orders when Officer Betty Shelby fatally shot him.

The tape shows that no personnel gave any medical assistance in the crucial minutes after the shooting, and doctors pronounced Crutcher dead at the hospital.

“Don’t try and smear this young man in death as you smeared his blood on that highway,” Sharpton said. “We demand immediate justice! There ought to be an immediate trial, and an immediate trying of the evidence, and stop the judicial stalling! Because justice delayed is justice denied.”

Crutcher, a 40-year-old father of four, had recently enrolled in a community college music program after getting released from a four-year prison stint for drug trafficking in 2011. Sharpton emphasized that the deceased came from a “respected family”: the son of a prominent local reverend and the twin brother of a doctor, active in his church and in the gospel music community with his father.

“We are facing a whirlwind of emotions right now: confusion, hurt, pain, anger,” said Dr. Tiffany Crutcher, the sibling of the late man. “The police department, the police chief, the mayor, you know, they promised me, they sat down and looked me in the eye and said ‘we would not, and we won’t vilify your brother, humiliate your family.’ And what we’re seeing today is the opposite.”

Shelby has claimed Crutcher reached in the window of his car, making her fear he had a weapon. The Crutchers have maintained the video shows the glass was up.

Crutcher’s death has provoked another outburst of Black Lives Matter protests in Tulsa, which Sharpton announced he intends to follow up with NAN-led demonstrations in New York on Saturday and in Oklahoma on Tuesday.

“The story should have been that a car broke down on the road in Tulsa. What has happened is the justice system has broken down again,” he said. “We come to Tulsa as repairmen—not to fix the car, but to fix the broken system, that keeps breaking down.”

The controversial civil rights leader also demanded that both Hillary Clinton and Donald Trump—both of whom have personal histories with Sharpton—address police abuse at Monday night’s debate on Long Island.

“Any debate that does not discuss this issue is a bogus debate. This is a national crisis,” he said. 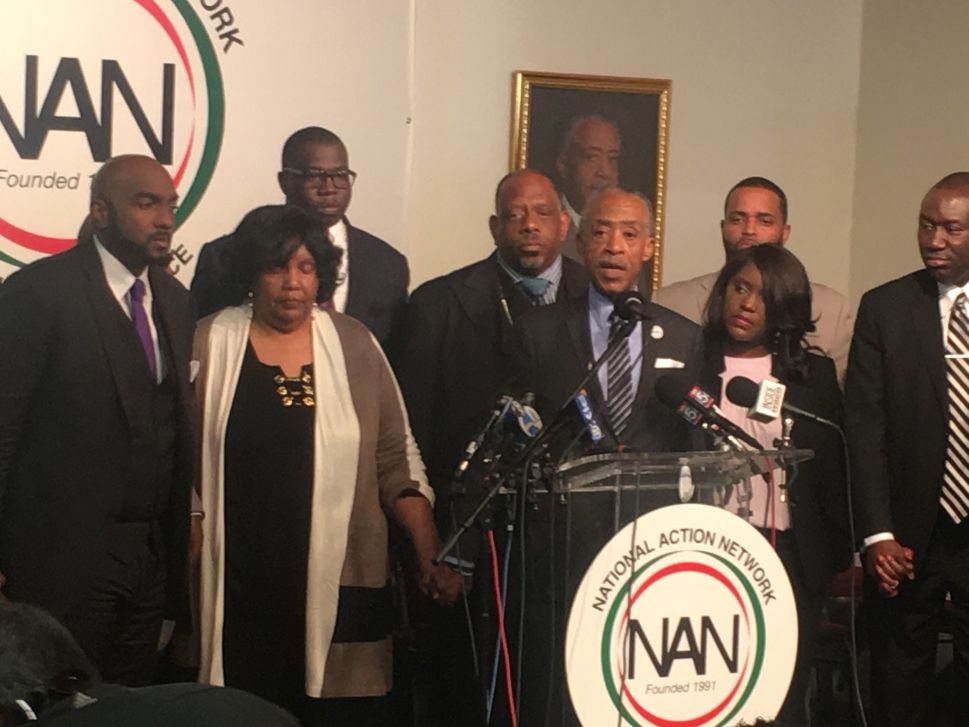