Assemblyman Gordon Johnson (D-Englewood) this evening became the highest ranking Black elected official in the State of New Jersey – and the first Trenton lawmaker from Bergen County – to formally back Phil Murphy for Governor.

“Am I endorsing Phil Murphy?” Johnson inquired of a crowd at Murphy’s town hall in Teaneck. “Damn right, I am.”

So far, Murphy is the only Democrat officially in the 2017 race for Governor. He has been keeping breakneck pace at events, including a very well attended town hall last night in Newark, attended by a highly visible former Mayor Sharpe James.

Sources say Bergen County Democratic Committee Chairman Lou Stellato leans in favor of Jersey City Mayor Steven Fulop for governor. If Stellato sticks with Fulop and engineers the Democratic Party line for him in his county, Johnson would presumably face reelection next year off the line with his candidate of choice, Murphy. 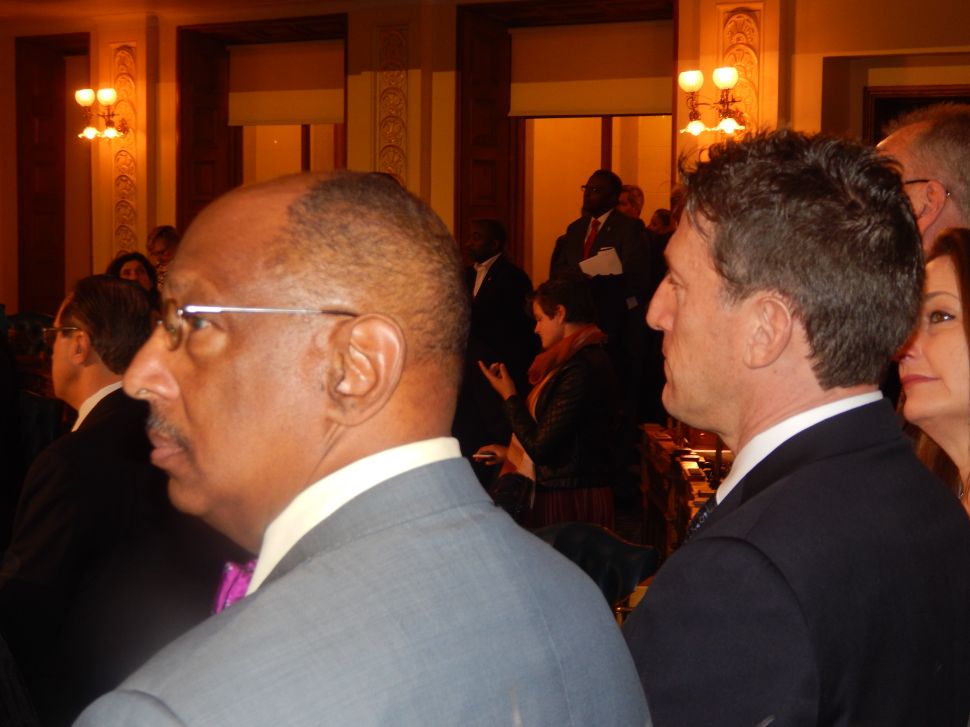