MOUNT HOLLY — One of Republican presidential nominee Donald Trump’s former primary opponents paid a visit to New Jersey’s dependably red Burlington County Friday, where he gave his blessing to the reelection campaign of U.S. Representative Tom MacArthur (R-3). Ohio governor John Kasich said that he is putting his time and effort into stumping for down-ticket Republican candidates across the country in a year when many, himself included, are dissatisfied with the party’s nominee.

Though Kasich and MacArthur are at odds over Trump, they shared an easy rapport. Asked whether he has weighed candidates’ support for Trump as he decides where and for whom to campaign in the last months of the election, Kasich said no. Speaking to reporters after addressing a crowd that included Lieutenant Governor Kim Guadagno and Burlington County Republican Chairman Bill Layton, he said he will continue to focus on House and Senate races.

“Everybody has to find their own way on this, and that’s just not a factor. I want to make sure that in fact no matter who wins, that we have forces there in the House and the Senate that can make sure we have a good agenda moving forward,” he said.

MacArthur, who praised Kasich’s economic record in his remarks to the crowd, said that he still considers Trump Republicans’ best option. A somewhat reluctant Trump supporter, MacArthur was the only member of the New Jersey caucus to attend the Republican National Convention in July.

Some state-level Republicans — State Senator Diane Allen (R-7), Assemblyman and likely gubernatorial hopeful Jack Ciattarelli (R-16) and Assemblywoman Maria Rodriguez-Gregg (R-8) among them — have disavowed the real estate magnate for his brash style or his inflammatory comments about Mexican immigrants.

Though MacArthur said he recognizes what some see as Trump’s faults, he believes his platform could lead to significant changes in immigration policy as a result of his asking “the right questions.”

“I would rather be in the House debating with him on the answers to the questions,” he said. “I disagree with many of Donald Trump’s answers, but I think there are some of the right questions.

“Mr. Trump wasn’t my first or my second choice for this nomination, but the way I see it today, and obviously we’ve only got two choices: Hillary Clinton or Donald Trump, the way I see it, we’ll have a better chance of advancing the things that matter to us in the House with him in the White House.

“So I disagree with him on a host of issues and I’ve been quite plain about it. I’m not going to answer for everything he says,” he continued. “I wish the tone was different, but I live in the real world. Not the hypothetical world.” 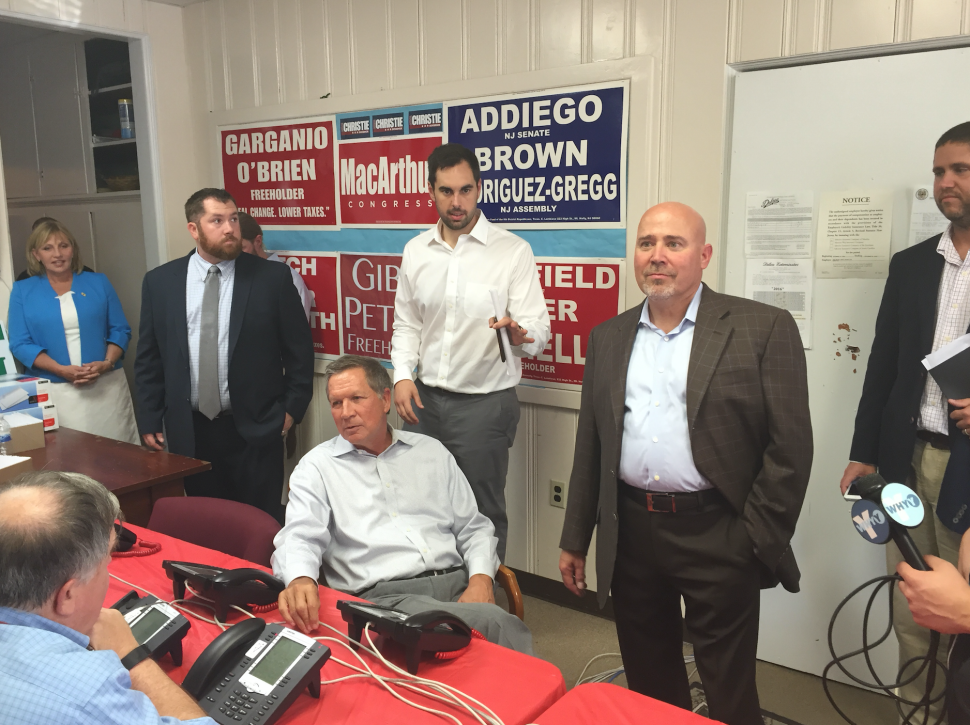