Aivars Lembergs, mayor of the Latvian port city of Ventspils, has proposed a ban on American billionaire and philanthropist George Soros. According to RIA News, Lembergs’ proposal will extend beyond preventing Soros himself from stepping foot in the Baltic state, to include a ban on all Soros-related organizations in the country.

Lembergs stated there is plenty of evidence on the Internet suggesting Soros has spent hundreds of thousands of euros to popularize the notion of receiving refugees.

Latvian-based Delna positions itself as an organization fighting for government “transparency,” and Providus a “center for public policy.”

“I think that, in Latvia, it is necessary to prohibit the spending of Soros’ money, prohibiting organizations that participate in such campaigns—because it threatens national security. George Soros must be outlawed in Latvia. He must be banned from entering the country, the same way we banned the Russian singers. He should be equated to the Russian singers,” the Latvian politician said.

(Certain Russian singers are banned in Latvia for their “support of Russian imperialism.”)

In an interview with Italian daily Corriere della Sera, Soros said that, in the near future, the European Union will face new tests and shocks associated with migrants. According to Soros, although the migration crisis is winding down, the relief is only temporary. Soon, the number of migrants coming to Europe will increase, he said, and the European attitude toward them will deteriorate.

In his outburst against the billionaire, Lembergs pointed out that, not long ago, the campaign to promote refugee acceptance was held in Latvia.

“A year and a half ago, in Latvia, the acceptance of refugees was actively promoted. This propaganda was pushed by the organizations controlled by Soros and by ‘Sorosists’ in different political parties. The largest number of ‘Sorosists’ exist in the Unity party,” Lembergs said. “I call on the government of Latvia—and first of all on the Minister for Foreign Affairs—to declare George Soros persona non grata in the interests of the national security in Latvia.”

Lembergs belongs to the “Union of Greens and Peasants” party of Latvia, and is one of the richest men of the country.

Earlier this year, the BBC reported that the Latvian refugee quota, as established by the EU, was 531 people—but, still, 78.3 percent of Latvian citizens opposed their arrival. When the first two refugee families from Eretria and Syria arrived in Latvia at the beginning of the year, 300 people flooded the streets in protest. 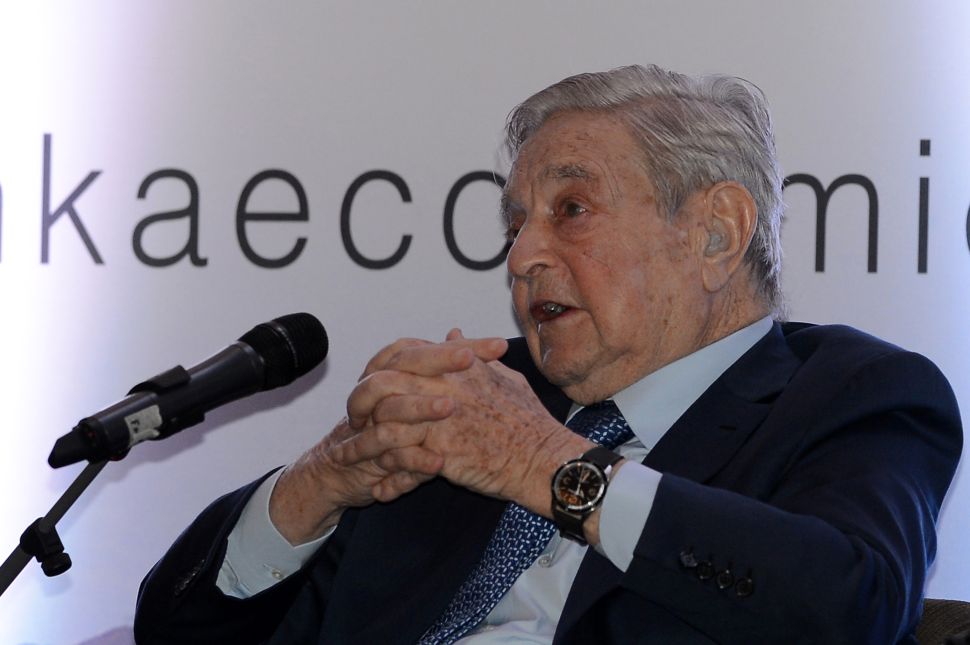