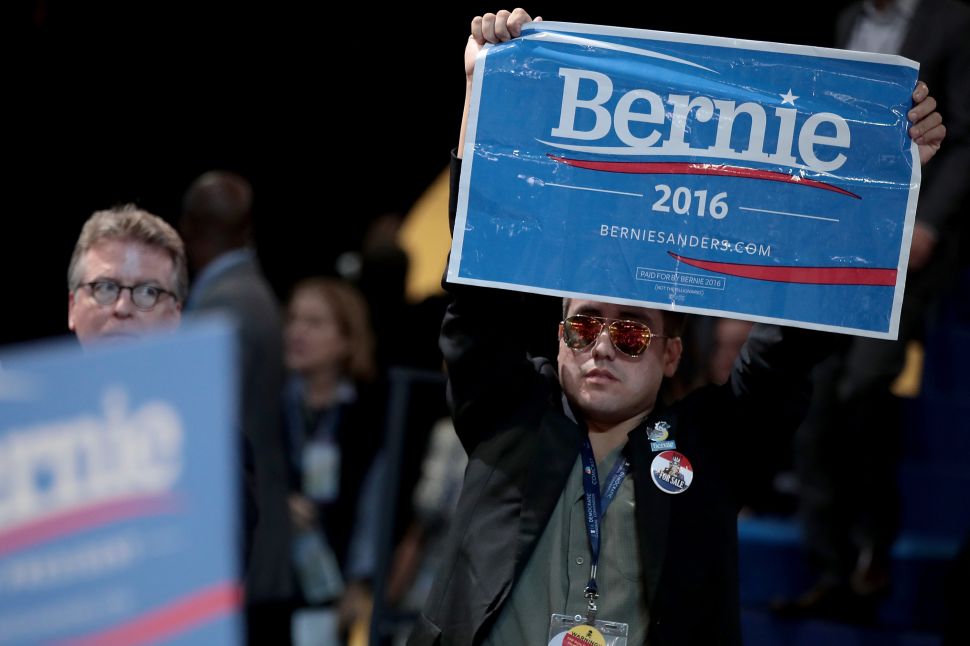 PHILADELPHIA, PA – JULY 25: An attendee holds a sign in support of Sen. Bernie Sanders on the first day of the Democratic National Convention Drew Angerer/Getty Images

Bernie Sanders’ endorsement of Hillary Clinton, and his campaigning on her behalf has been a severe disappointment for Sanders supporters. Some have speculated Sanders’ endorsement was a default symptom of running as a Democrat, or Sanders didn’t want to put himself in a position where he would be blamed for Donald Trump winning the presidency.

Yet, many who supported Sanders continue to resist lining up behind the anointed nominee. Those refuseniks frequently cite a quote from Bernie Sanders from an MSNBC Presidential Town Hall hosted by Chris Hayes in April. Recently, Bernie Sanders’ wife, Jane Sanders, retweeted the video clip of the quote, which suggests Sanders genuine and sincere sentiments lie within the explanation he gave at this town hall.

In the town hall, Sanders was asked if he didn’t win the Democratic Presidential nomination, would he encourage his supporters to vote for Hillary Clinton?

Sanders responded, “We are not a movement where I can snap my fingers and say to you or to anybody else what you should do, because you won’t listen to me. You shouldn’t. You’ll make these decisions yourself.”

Sanders went on to explain Hillary Clinton will have to earn the votes of his supporters. While his statement isn’t an outright encouragement to his supporters not to vote for Clinton, it is an appeal that the movement he started should continue pressuring Clinton to serve a progressive agenda.

Initially, Clinton and her campaign appealed to Sanders supporters by wasting a comfortable lead in the polls against Trump through courting billionaires from both parties. When Trump began closing on Clinton’s lead, her campaign started a pandering effort to millennials, while Clinton supporters in the media blamed the close race on millennials and Bernie Sanders. As part of this recent millennial “outreach,” pro-Clinton journalists began re-running hit pieces on  third-party candidates that they first published in a wave after the Democratic National Convention.

This guilt of risking a Donald Trump presidency by not voting for Hillary Clinton, if one is to give into it, inevitably incites a voter to focus not on his or her values, principles, compassion, or policy interests, but solely on their anxieties. The elites who sincerely share Clinton’s views and strongly lobby for their corporate and wealthy interests in public office will have their political ideology perpetuated through Clinton’s presidency and throughout the Democratic Party, while the interests of everyone else falls by the wayside.

Those intent to preserve the status quo of the two-party system, even as both main political parties have nominated two of the least favorable candidates in recent history, insist no reform is possible without unanimous support. Historically, this has repeatedly been proven to be untrue. The same arguments were made against the bold reforms illuminated by Bernie Sanders campaign as Clinton and her supporters portrayed each proposal as hopelessly “pie-in-the-sky.”

The mainstream media serves as the self-fulfilling prophecy to this anti-reform movement. Its coverage was critical to helping both Clinton and Trump secure their party’s nominations as Trump was by far the most publicized Republican candidate, and the easiest for Clinton to run against, while Clinton was deemed more practical and favorable by mainstream media pundits and journalists. Neither Jill Stein nor Gary Johnson will be able to poll at the required 15 percent to participate in the presidential debates without enough media coverage, often choosing to leave out Johnson and/or Stein in their polling, delegating each of the candidates to the fringes of the presidential race.

All this occurs while the mainstream media and the Democratic Party equate any criticism of Hillary Clinton, regardless of its veracity, to supporting Donald Trump.

Before Sanders supporters abandon their progressive principles by voting for Hillary Clinton, they should reflect on the reasons Bernie Sanders appealed to them in the first place. 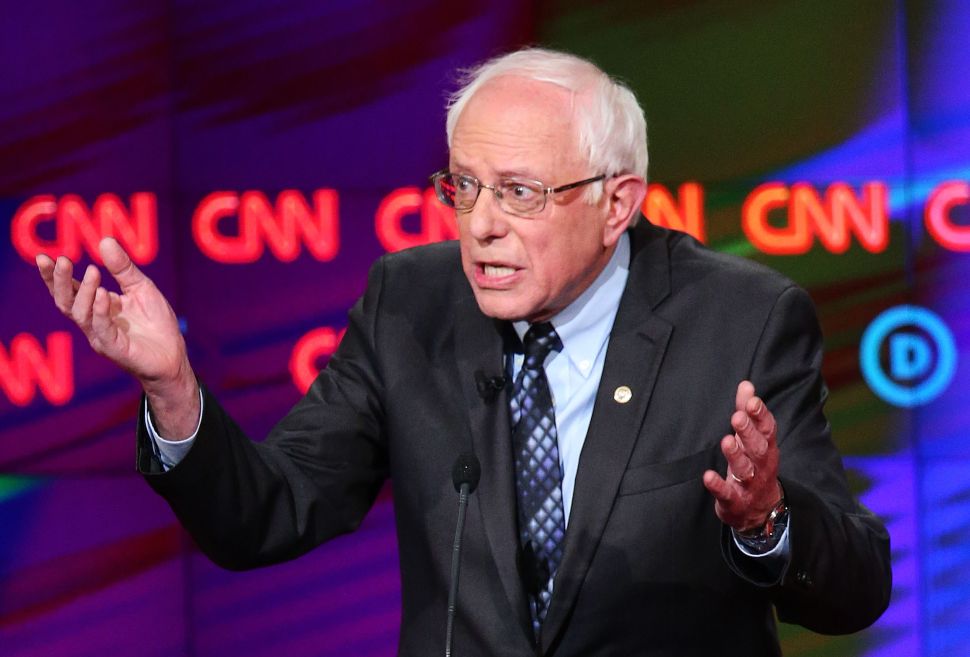