Elizabeth Greenwood died in Manila on July 2, 2013—and she’s happy to tell you all about it. She’ll even show you her death certificate.

If that sounds bizarre, it is; Greenwood is very much alive. But the death certificate she keeps in her Brooklyn apartment is real—or, looks real, anyway.

It’s just one souvenir from her voyage through the “pseudocide” industry. As in fake death. As in disappearing and then reappearing with a new identity.

Greenwood (no relation to the Green-Wood Cemetery in Brooklyn) chronicles all this in her new book, Playing Dead: A Journey Through the World of Death Fraud.

An adjunct professor of writing at Columbia University, Greenwood conceived the book not because of suicidal tendencies but rather from a fantasy to expunge $120,000 worth of student loan debt. A friend half-jokingly suggested she fake her own death, prompting Greenwood to Google the practice, which led her into a world of privacy consultants, disappearance experts and faux death certificates.

“Usually people think they can use faking their death as a temporary means of escape,” says Greenwood, 33, a Worcester, Mass., native with blonde hair, blue eyes and a sunny personality for someone mired in morbidity. “I interviewed several people who told me, ‘Oh, I was just going to wait out the statute of limitations on my crime. Unfortunately, there’s no statute of limitations when you defraud the court.” (Faking your own death is not a crime. Defrauding the courts is.)

Most people who get caught are middle-aged white guys with families. Women, explains Greenwood, usually feign death because their lives are in danger, whereas men often see the option as a last resort. “Many fraudsters were…in a fight-or-flight frame of mind where faking death seemed like a logical option, and therefore their plans were often quite hasty,” she says.

Guilt is also a motivator. It goes like this: A husband plays dead so his wife can be the beneficiary of his life insurance policy. This alleviates his remorse for running off into the sunset with someone new.

Greenwood advises the aspiring dead to establish a credit history under an assumed name and stash away plenty of cash. Be sure to have an impeccable reputation—“no legal, financial or romantic troubles that would cause people to become suspicious,” she says.

Drowning isn’t a wise pretend farewell; in most cases, the body washes ashore. Disappearing while hiking, however, can prove more plausible, since people have been known to vanish into crevasses and ravines.

Don’t Google yourself or auto-stalk your Memorial page on Facebook. That’s how Olivia Newton John’s ex-boyfriend, Patrick McDermott, got caught after faking his death on a fishing trip after filing for bankruptcy. “Investigators…noticed a cluster of IP addresses near Puerto Vallarta, Mexico, checking out a site dedicate to tracing his whereabouts,” recalls Greenwood.

To that end, always wear a disguise. John Darwin—an Englishman who staged a kayaking accident in 2002 to escape foreclosure—managed to live on the lam for six years. His two adult sons believed their dad was dead; in actuality, he was living next door to his home shrouded by a beard, glasses, a hat, walking stick, stoop and limp. When Darwin sprung back to life (talk about survival of the fittest), he salvaged a relationship with one son but not the other.

Greenwood, who abandoned her fantasy of killing herself—“My mom would actually kill me,” she says with a laugh—found posthumous travel plans a stumbling block: “Lying on the beach in the Canary Islands sounds appealing and stress-free, but man! Bor-ring. The idea is to work off the books, but I’m too old to be a stripper,” she adds. “Unfortunately, I have very few skills. Writing is the only thing I can kinda do. I’d probably clean houses.”

But the biggest obstacle, she says, would be the urge to reach out to friends and family from the faux grave.

“Even if you do remove yourself from whatever scenario is giving you grief at the time,” she notes, “you have to give up all the good with all the bad. There’s really no cherry-picking the parts you want to leave behind.”

Lots of fakers assume they can go off for a spell and then somehow reintegrate into their old lives. “If you want to fake your death, you can’t bring people with you and you can never return,” she warns.

And that’s the ultimate fly in the ointment: The undead have to live with themselves. 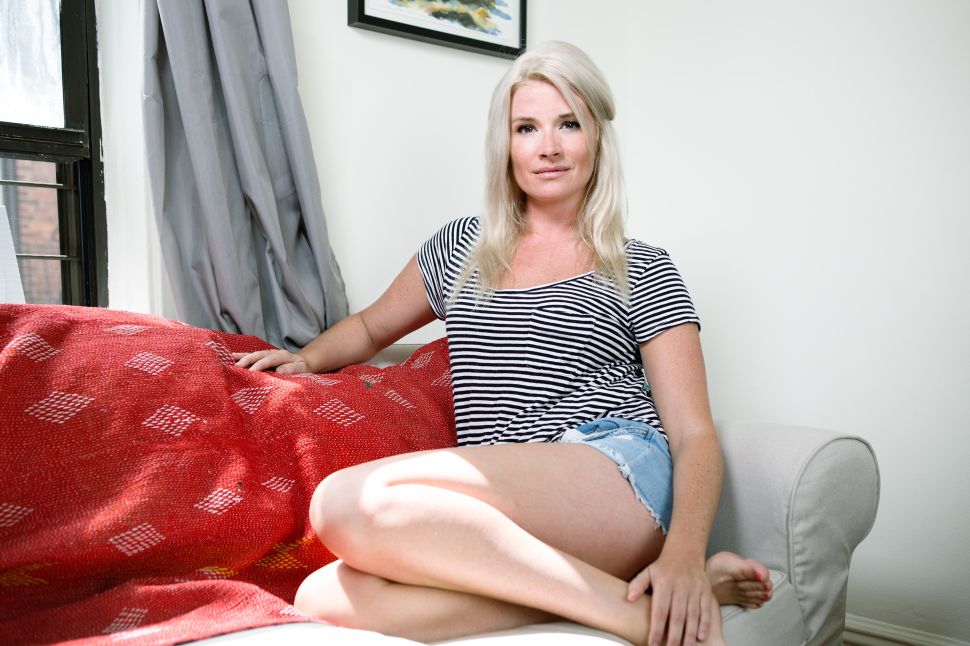